A Liberal backbencher has broken ranks to back a federal anti-corruption commission, as Scott Morrison claims Gladys Berejiklian was "done over" by a "kangaroo court".

Scott Morrison claims Gladys Berejiklian was "done over" by a "kangaroo court" as he fended off mounting pressure over a federal anti-corruption commission.

In chaotic scenes on the floor of the House of Representatives, Ms Archer supported Dr Haines' motion to suspend standing orders to allow debate on her bill. The government lost the vote, but avoided the debate on a technicality.

Pushing back at suggestions he had lost control of Parliament, Mr Morrison said Labor wanted the kind of "kangaroo court" which led to former NSW Premier Berejiklian's resignation in October.

He argued Ms Berejiklian, who resigned when the NSW Independent Commission Against Corruption announced it was investigating her conduct, had been "chased out of office" before findings against her had been made. 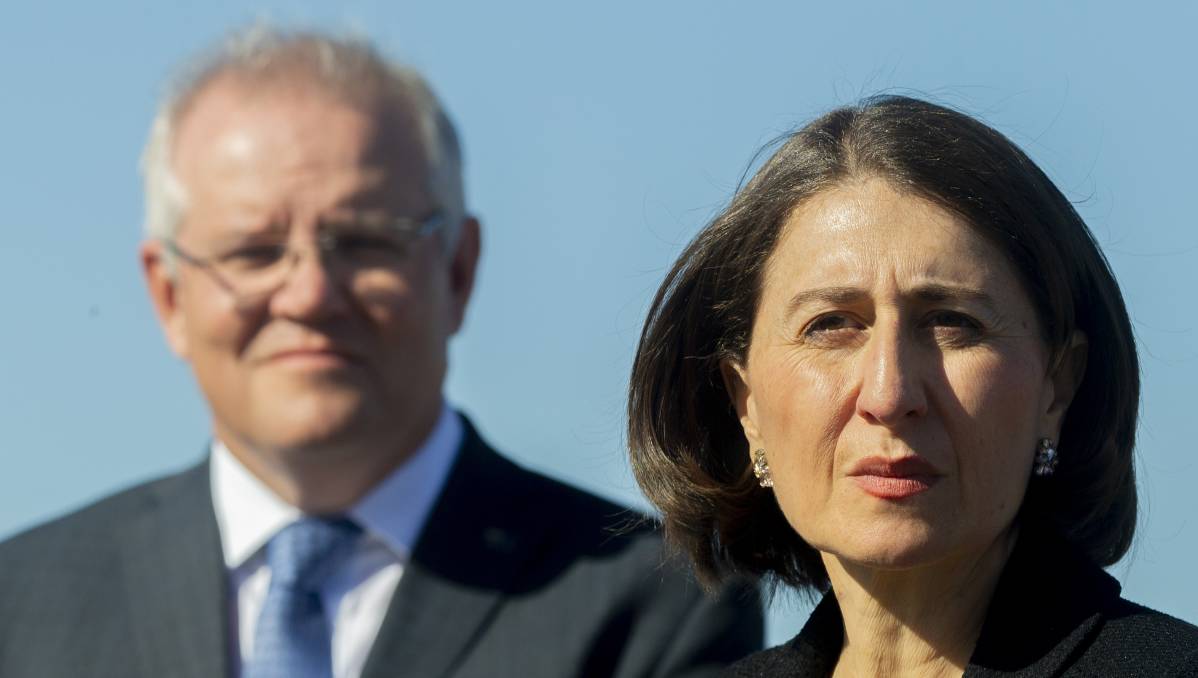 "Those opposite want to support the sort of show in NSW which has seen the most shameful attacks on the former premier," he said.

"What was done to Gladys Berejiklian, the people of NSW know, was an absolute disgrace.

"I'm not going to allow the sort of a process which seeks to publicly humiliate people on matters that have nothing to do with the issues before such a commission."

The ICAC aired phone conversations between Ms Berejiklian and her then partner, disgraced ex-NSW MP Daryl Maguire, who she had sacked for corruption.

Despite the calls including Ms Berejiklian promising to "throw money at Wagga", Mr Morrison claimed the ICAC had targeted her personal life.

"These matters should be looking at criminal conduct, not who your boyfriend is," he said.

Mr Morrison insisted Labor was blocking the government's proposal for an anti-corruption watchdog, panned by integrity experts for exempting politicians from public hearings.

"I don't take this decision lightly at all," she said on Thursday morning.

"This is one of the most important things that we come to this place to do. I think we should suspend standing orders and have this debate.

"The time has gone on long enough.

"Everyone in this house, I think without exception, thinks that we need a robust integrity commission." Ms Archer, who earlier this week spoke out against the government's new religious discrimination legislation, said matters of trust and confidence in elected officials should not be trivialised for "partisan point scoring".

"We will never advance this if we can't find a way to come together to collaborate on this," she said.

She said Dr Haines' model might not be perfect, but it was a good starting point.

"Why don't we all come here in good faith and have those conversations and find something that we can take forward in the best interests of all Australians? It's why we're here. It's why we come here. It's the most important thing we do."

Labor joined crossbenchers and Ms Archer to back Dr Haines' motion, delivering 66 votes to the government's 64.

That fell short of the 76 - an "absolute majority" - required to pass the motion. Dr Haines said debate had been blocked on an "undemocratic technicality".

"This is an extraordinary moment, I think, in the history of the House of Representatives."

Centre Alliance MP Rebekha Sharkie praised Ms Archer's courage in splitting from the government's position, saying she would be on the "right side of history with this".

"If we could all see behind the curtain, we'd be even more horrified than we already are. And as we approach another election, the government is turbocharging its attacks on those trying to lift the curtain," Senator Waters said.

"They are terrified of a strong ICAC because we all know that it would pull back the curtain and reveal this government as the rorting, corrupt, inept, self-interested losers that they are."

Crossbenchers have heaped pressure on the Coalition in Parliament this week to establish a federal anti-corruption watchdog, trying to force a debate in both the Senate and the lower house on the Haines bill.

Independent senator Rex Patrick attempted to push the Senate to consider the bill on Tuesday, with the support of Labor, the Greens and Senator Jacqui Lambie, but the move was thwarted by the Coalition.

Crossbenchers have lambasted the government's delays in establishing a federal lCAC, and Senator Lambie ridiculed the three-year wait, saying a child born when the Coalition promised to establish a commission had made more progress.