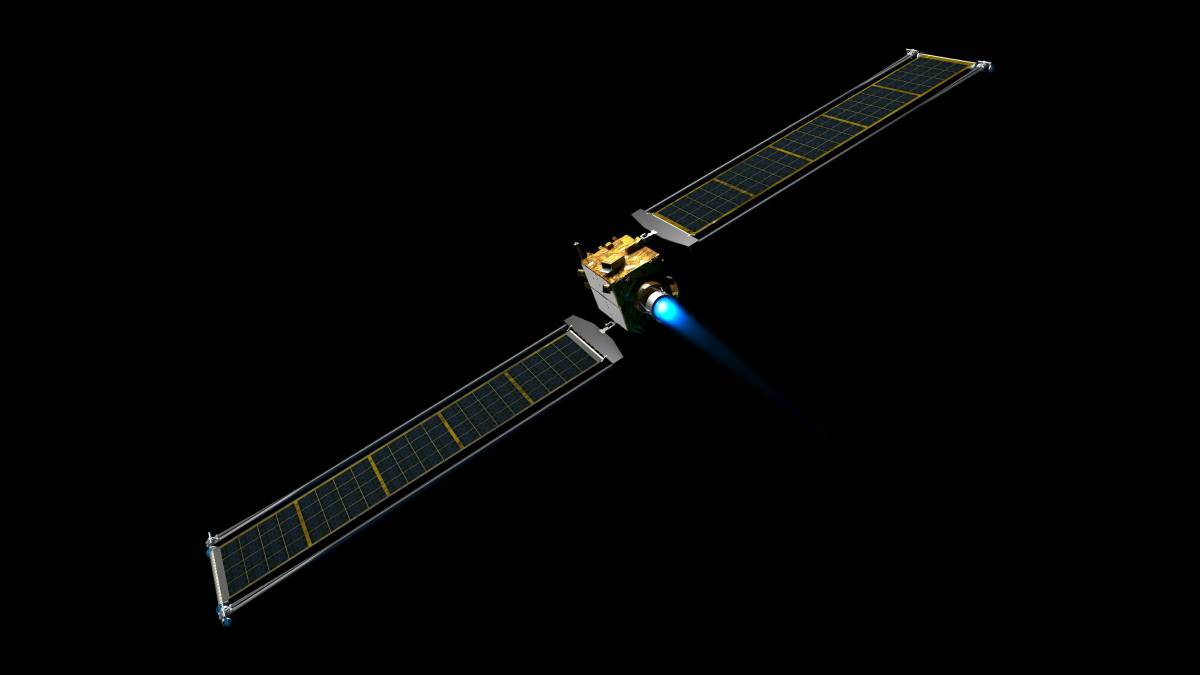 NASA will throw a DART at an asteroid later this week. Picture: NASA

NASA to nudge an asteroid this week with a DART

Imagine a new asteroid, a kilometre in size, is detected. After a few measurements, astronomers determine its orbit will cross the path of Earth and has a high chance of colliding with Earth. What do we do?

Do we find Bruce Willis and Ben Affleck, call a whacky Steve Buscemi and play a little Aerosmith? No. We call on DART.

On Wednesday, around 5:20pm AEST, NASA will launch the Double Asteroid Redirection Test, aka DART. This mission will attempt to nudge an asteroid, testing if and by how much we can in the event we need to.

The asteroid that will be tested poses no danger at all and is not a worry. Think of it like an emergency evacuation drill or fire drill. We practice those at our workplaces and schools so we know what to do, and how to do it, in the event we need to.

At the end of the Obama presidency, the Office of Science and Technology Policy led a report about what he US needs to do to better prepare for a potential asteroid impact. The report lists a lot of work including better monitoring to find asteroids, to testing potential options for redirecting a potentially hazardous asteroid.

Lots of potential ideas have been put forth, including even painting part of the Earth white or using mirrors to reflect a lot of sunlight, acting as a light beam that could move an asteroid.

In 2017, NASA got approval to proceed with DART. The mission is a project led by NASA and the Johns Hopkins Applied Physics Laboratory, administered by NASA's Planetary Defense Co-ordination Office. Yes, NASA has a whole group working on keeping the planet safe from asteroids, comets, and meteors.

It is different from the Planetary Protection Office, tasked to make sure we do not contaminate the Earth from potential life forms in space, including things like viruses.

The combined asteroids weigh about 530 billion kilograms, so it's not a small thing to move. Didymos B is the target for DART, as the effects from the impact can be measured on its orbit around the larger counterpart. After launching on Wednesday, it will make a 10-month journey to reach the asteroid in late September 2022.

Once there, the spacecraft will crash into the smaller Didymos B at a speed of nearly 24,000 km/h, changing its orbit around the larger object. Telescopes on Earth will then measure how much of a change DART inflicted.

We then know how much we can nudge an asteroid, which will then tell us when we'd need to nudge a potential harmful asteroid. Even a small impact done when the asteroid is millions of kilometers from Earth will mean the difference between a collision and safely sailing past the Earth and moon.

Aerosmith was right - you won't want to close your eyes, nor will you want to miss a thing when DART tries to nudge an asteroid.