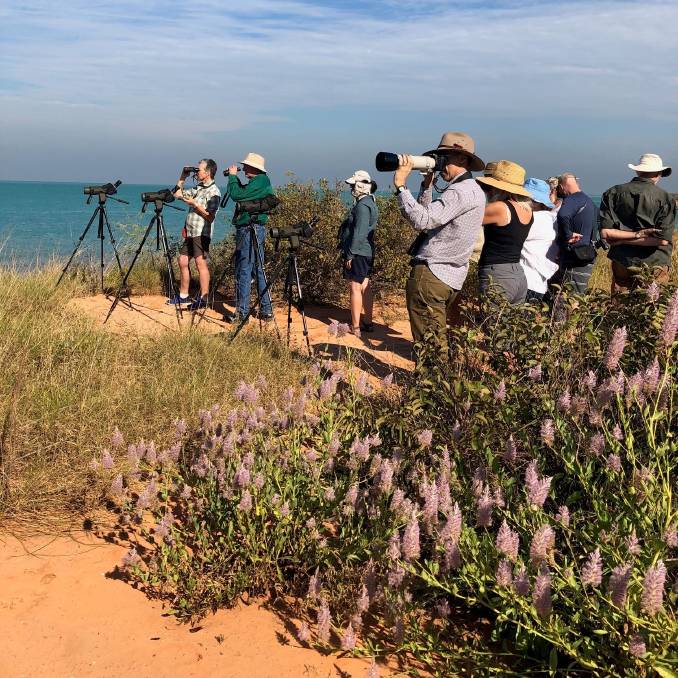 "There are more species of shorebirds here... than anywhere else in Australia."

IT started as a flight of fancy but finally it has taken off. Broome Bird Observatory's Clive Minton Discovery Centre is open for visitors and guests.

And they're arriving by the flock-load, says Nyil Khwaja, who manages the facility with his partner Jane Taylor.

"We opened the doors in August and it's going really well. We're getting a lot of visitors and people have been very impressed," Nyil said.

"It's a big upgrade. The observatory has been here for 33 years and it's never had a proper visitors centre before."

Focusing on the migratory birds of Roebuck Bay, the centre features immersive soundscapes, beautiful footage, up-to-date science, giant murals and even a knowledge challenge, while short documentaries explore the lives of these amazing long-distance travellers and more. There is interactive material as well.

Nyal said migratory birds are drawn to Roebuck Bay by its variety of habitats, including grasslands, mangroves and beaches, while the mudflats and huge tidal range provide many tiny creatures to feed on at low tide.

"There's information about Roebuck Bay and the shorebirds that live here but also the little things like molluscs and crustaceans that they feed on in the mud," Nyal said.

SUNSET SEARCH: Away from the coast, visitors on the observatory's Roebuck Plain tour hope to catch sight of the brightly coloured golden chat.

The observatory is a working research centre so visitors learn about the field work being done.

"The number one thing that makes Roebuck Bay attractive to migratory bird is the habitat," said Nyal, a trained ornithologist.

"There are more species of shorebirds here in significant numbers than anywhere else in Australia.

"That's because it's a really diverse mudflat and there is a huge tidal range and a huge amount of very rich mud to feed on at low tide."

He said the region is also blessed with various different habitats where many other bird species can feed - "the native grass on the Roebuck Plains; mangrove forests in the bay; nice little woodlands". 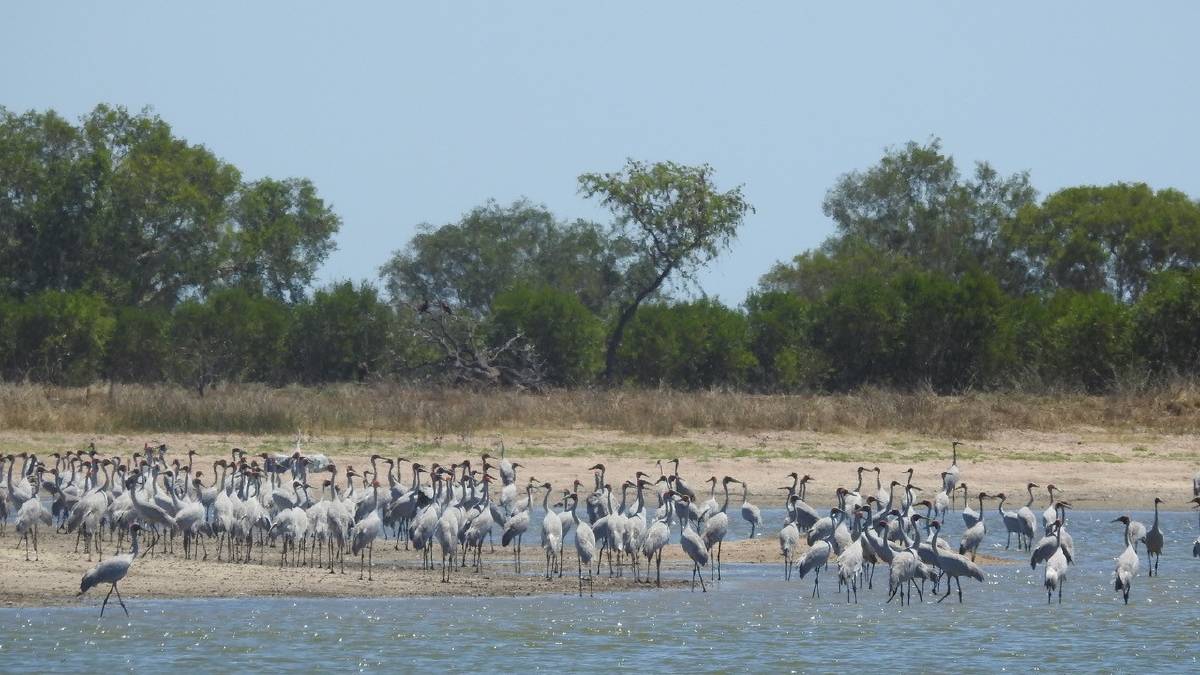 DANCE OF THE BROLGAS: A graceful wading bird, the species is found in lakes and wetlands around Broome.

Nyal is clearly in his element here. "To sit on the beach in April and May and watch the shorebirds migrate over your head is a spectacular thing, particularly when you know their next stop might be China.

"Probably the favourite species people like to look for when they're here is the yellow chat. It's a beautiful, tiny, bright yellow bird that lives in remote areas.

"We've got a population of them that live in the saltmarsh behind Roebuck Bay that we often take people out to look for."

Birds of prey can also be seen around Roebuck Bay, though they largely leave the shorebirds alone, Nyal said.

"There are plenty of other good food sources, like fish and sea snakes; the white-bellied sea eagle specialises in these.

"It's quite a sight. I've seen them dive towards the sea with their talons open about to catch a snake. Sometimes you'll see a sea snake on the land and know it's been dropped by a sea eagle.

Entry to the observatory is $10 or $8 for seniors, which allows access to the centre and self-guided walking trails. With bird baths and a viewing platform overlooking Roebuck Bay, sightings are assured.

"You can see a lot just by coming out for a day visit," Nyal said.

For those who want to explore in depth, the observatory runs three regular guided tours, each lasting about three hours.

One goes along a 10-kilometre beach stretch of the bay, with guests travelling in the facility's vehicle.

"And because we're sort of experts in that area, we help people identify species, because there are so many and they're all quite similar. That's a great way to learn.

"We also do a mangrove tour where we get into the mud and walk through the forest, which is good fun.

"And we do a bush and plains tour, which is more of a sunset drive to see the inland birds. That's where we often see the yellow chat, birds of prey, brolgas and more."

Each tour has a minimum of two people per tour and costs $75 per person.

To really soak up the birdlife, there is also a weekly lakes tour that runs from 7am-3pm. "It goes right across the Roebuck Plains to three big freshwater lakes that are a great habitat for birds as well," Nyal said. "That one is $150 per person."

If you wish to linger longer, the observatory offers simple but comfortable donga-style rooms and a campground. Family, double, bunk and single rooms are available.

Guests share a bathroom and the camp kitchen, which Nyal descrbies as "really lovely".

"It's called the Shadehouse and it's like a big bird hide with flyscreen windows and you can watch the birds coming into the bird bath from there."

The kitchen is fully equipped, with a gas stove, oven, refrigerators, pots, pans and utensils.

There is one cottage. It has two bedrooms (each with two single beds), its own bathroom and kitchen, as well as air-conditioning.

On-site courses are also available, with the five-day Wave the Waders Goodbye scheduled for March and April.

The observatory is about 25 kilometres from Broome, 15 kilometres of which is on unsealed road, so visitors are advised to bring their four-wheel drive. They are also warned not to use Google Maps or GPS!

For those without a vehicle, the facility offers returns transfers from Perth for an extra charge. This is only available for guests who stay two or more nights, or who are booked on any of the tours.