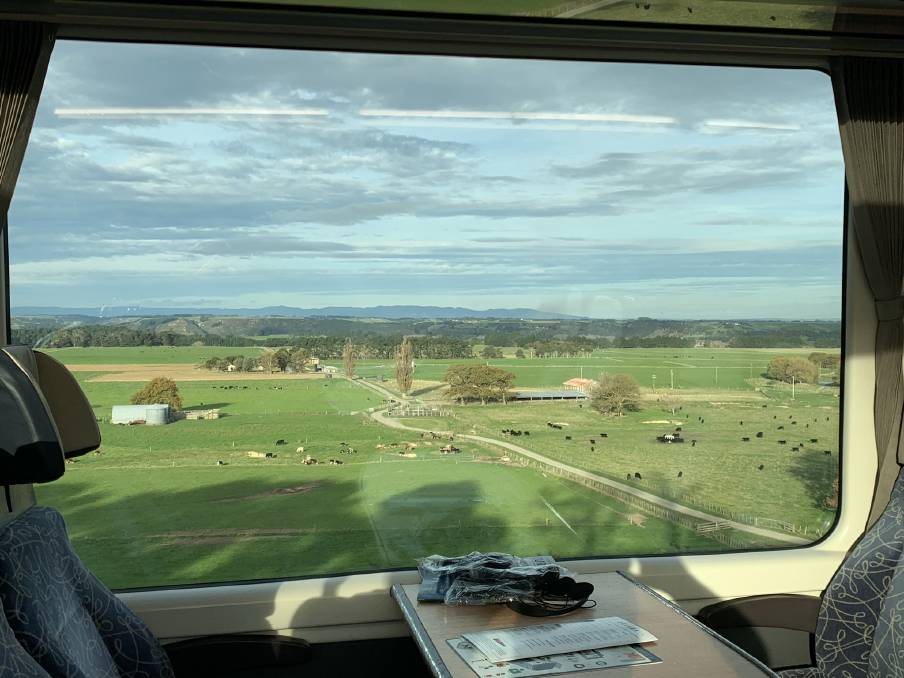 Get ready for an epic journey across New Zealand's North Island.

American poet John Whittier said the saddest words in life are "It might have been", and I have them in mind as I walk past the grand facade of Auckland's former main railway station. A beautiful Beaux-Arts building from 1930, it would be the perfect place to begin a long train journey across New Zealand's North Island.

Nowadays, it contains apartments and the Northern Explorer train to Wellington departs from the undistinguished Strand Station behind it. But what really matters is what lies ahead: the prospect of a marvellous array of scenery as it tracks through the North Island's complex geography.

The train itself is a fine thing, with a brightly painted locomotive pulling several carriages with big windows, a cafe car, and an open-sided observation car.

As we start our 681-kilometre journey south, the excellent recorded commentary on the supplied headphones tells me Auckland is built on dormant volcanoes, and had its own Maori settlements before Europeans arrived. As we leave the suburbs behind, the landscape grows verdant, a series of picturesque undulations wreathed in morning mists.

The land flattens out past Hamilton, with the first hint of mountains on the horizon. I get chatting with a group of Kiwi friends on an outing to Tongariro National Park for a few days, retirees who swear by the social nature of trains.

We all alight five hours into the journey at National Park Station, from where we're transferred by bus to Chateau Tongariro. This marvellous grand hotel opened in 1929 and, though in need of some refurbishment, it's packed with character.

I can't fault the views. As the chateau is situated on the lower slopes of Mount Ruapehu, one of three volcanoes within the park, there are dramatic vistas in every direction. After following a nature walk near the park's visitor centre the next day, I enjoy the hotel's famous high tea with a view of the dramatic cone of Mount Ngauruhoe (Mount Doom in the Lord of the Rings movies).

After two nights I pick up the Northern Explorer again, on its final five-hour run down to Wellington. The second stage of the journey is no less dramatic, as the rugged terrain had to be conquered by multiple viaducts.

Advised we're about to pass over three of them in a row, I head to the observation car to take photos without window reflections. They're great shots, snapped in the rush of chilly air as we pass above grey-walled ravines with rivers way below.

The sun starts to set as we reach the coast, and the commentary points out the bulky profile of Kapiti Island on the Tasman Sea, a nature reserve from which predators have been eradicated.

It's dark as we enter Wellington and snake through the city to arrive at Wellington Station right on time. At last I'm in a magnificent terminus worthy of such a long journey, a neoclassical beauty opened in 1937 and still the hub of the capital's rail network. Stepping out into the cool evening to walk to my hotel, I feel I have arrived in suitable style.

The Northern Explorer journey starts from $85 per person.

Adina Apartment Hotel Auckland Britomart has comfortable accommodation within walking distance of Strand Station: adinahotels.com. DoubleTree by Hilton Wellington is in a stylish heritage building not far from the station: hilton.com