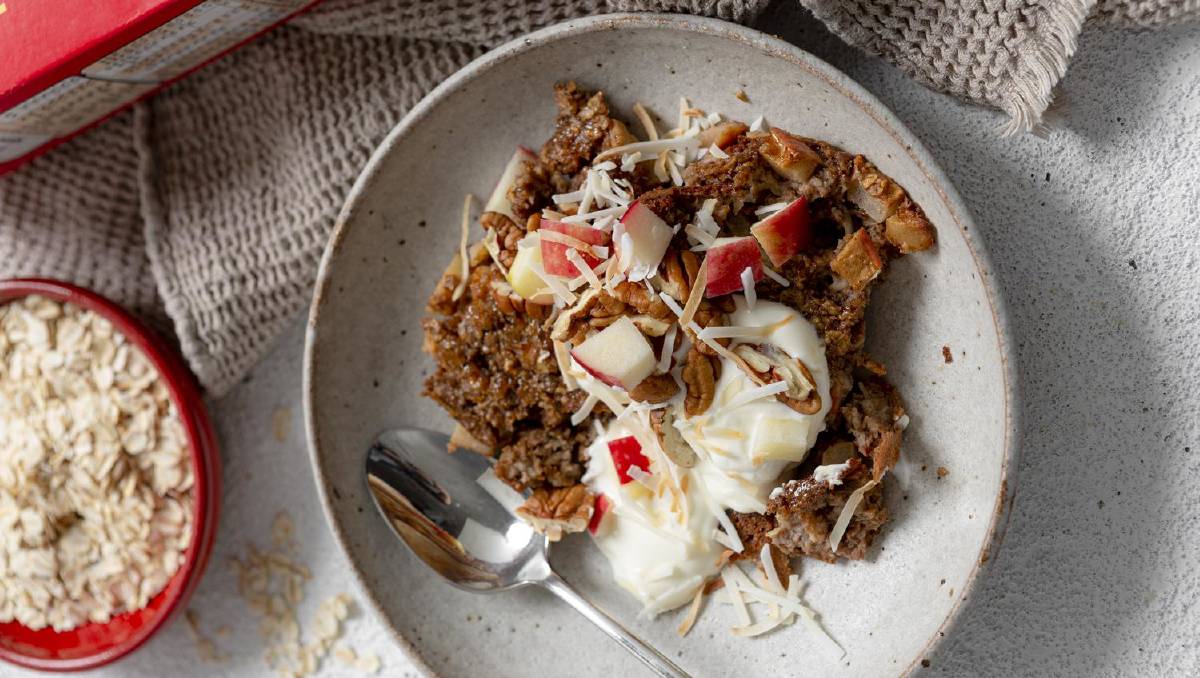 WE'RE all guilty of indulging in some comfort food every now and then. And what's more comforting than a bowl of creamy porridge? Apple Pie.

2. In a large bowl, add the oat milk, eggs, maple syrup, butter and vanilla. Whisk together until well combined.

4. Pour the dry ingredients into the wet ingredients and mix well with a wooden spoon until combined. Add the apple cubes and stir through until well dispersed. Allow mixture to sit for 5 minutes, to allow the oats to soak up some of the liquid.

5. Transfer the mixture to the prepared baking dish and sprinkle over the brown sugar (this is optional, but creates the golden crisp oat topping). Place into the oven and bake for 45 minutes, or until set.

6. Remove and divide between 4 serving bowls. Serve with a dollop of peanut butter, yoghurt and sprinkle with a little cinnamon.