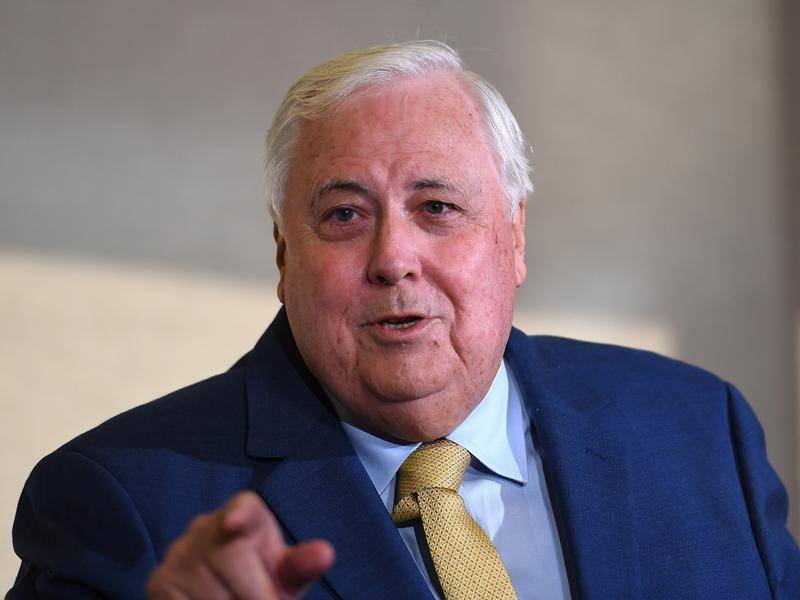 Clive Palmer wants candidates for his United Australia Party ahead of the federal election.

Clive Palmer's plans for the next federal election have taken another step as the mining billionaire calls for candidates to stand for his United Australia Pa...

Clive Palmer's plans for the next federal election have taken another step as the mining billionaire calls for candidates to stand for his United Australia Party.

Mr Palmer says he has a significant war chest for his next tilt at Canberra, and claims his campaign will out spend the two major parties.

"I am encouraging our members to take the next step in creating a new era in Australian history by nominating to become an endorsed United Australia Party candidate for the 2022 Federal Election,'' he said in a statement on Friday.

The UAP is calling for nominations for representatives in all states and territories to run for positions in the House of Representatives and the Senate.

"With a strong field of candidates and our tens of thousands of members behind us, we will do our very best to win the next Federal Election," Mr Palmer said.

The announcement follows controversy sparked by party leader and former Liberal member Craig Kelly, who caught the attention of the Therapeutic Goods Administration after spamming people with unsolicited text messages.

The messages included a link to a website showing listings of "adverse event notifications" from COVID-19 vaccines, which TGA John Skerritt labelled a misuse of data.

Mr Kelly quit the Liberal Party in February, after refusing to stop pushing unfounded claims about treatments including ivermectin and hydroxychloroquine.

Unlike other parties, membership to the United Australia Party is free, and Mr Palmer said in September that 46,000 people had already joined.