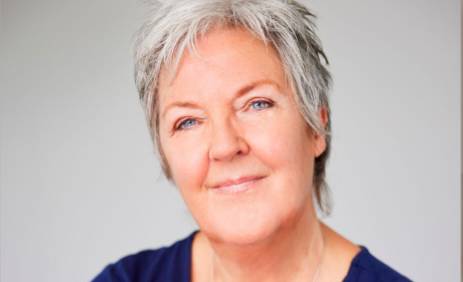 WARM AND WISE: Erna Walraven brings years of experience and the observations of her zoo colleagues to her new book, Wild Fathers.

Another side of animal fatherhood revealed in fascinating new book by Enda Walraven.

Wild animal fathers often get a bad rap, seen merely as deadbeat dads with limited or no interest in raising their offspring. While this is true in many species where the father shoots through, never to be seen again, it's not universal.

As Erna Walraven writes in her new book Wild Fathers, many other wild animal dads have evolved to be significant and, in some instances, essential contributors to the survival of their offspring.

Warm, wise and knowledgeable, Walraven - emeritus curator at Taronga Park zoo in Sydney - paints a vivid picture of the role of animal dads in nature and what it may say about fatherhood in humans.

Along the way she gives insights into fascinating paternal behaviour in animals ranging from seahorses to monkeys and ostriches to penguins.

Starting with the myriad ways of becoming a father, including different courtship patterns and mating systems, the book explores both the familiar and the eye-popping.

Among other things, it discusses sexual rivalry and the weapons used to fight off competitors and impress females: horns, pincers, tusks, antlers, saws, spears and spikes.

Other animals, such as chimpanzees, make up for their lack of weaponry with impressive dominance displays - not such a remove from machismo.

The book is full of asides and snippets containing advice for human males, many of them tongue in cheek.

Chapter three, "Wild Courtship", is a good example. Here Walraven discusses sexual selection and the importance in all species of good looks (ever notice how some kangaroos flex their forearms to show off their muscles?), sounding great and smelling good.

Having a decent, sweet-smelling bachelor pad can be a deal-maker as well. Little penguin males, for example, compete for the best burrows. Mission accomplished, they stand proudly in the opening, "loudly proclaiming ownership and attracting female penguins to their home with loud braying voices".

Walraven writes about monogamy (common in birds, occasional in reptiles, rare in primates), mate guarding, sexual shenanigans and many other behaviours also found in the human zoo. In each case, she finds a species with something to tell us about the male condition.

She reserves her highest praise for "award-winning wild dads". These include the emperor penguin, which she teaches us the virtues of faith (in the mother of your child), patience (faithfully waiting for his partner to return home) and self-sacrifice (when faced with extreme situations).

Walraven discusses single fathers, foster fathers, role-modelling and responsible parenting - all the while keeping in mind the things man and animal share in common.

She ends the book with a touching reflection on "being the best father you can be", directed at human dads but again drawing from her heroes of the animal kingdom.

As she writes, "It's fascinating to think that love for one's offspring or empathy for an orphan can be so universal."

Wild Fathers is a delight. Bright, breezy and often funny, much of it is drawn from Walraven's and her colleagues' own observations. It is book anybody fascinated by animals and our shared evolutionary history will surely enjoy.