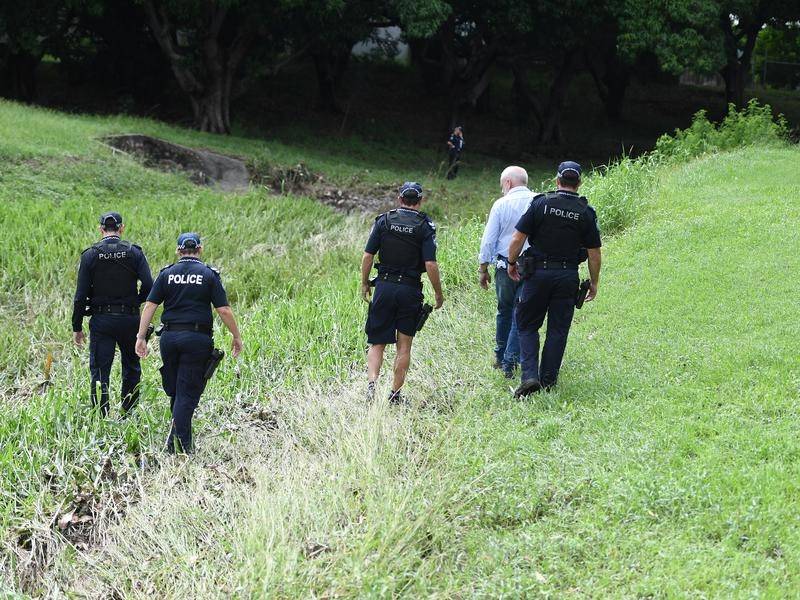 Police have told an inquest it was too dangerous to search for the two men in a stormwater drain.

An expert witness has defended a police decision not to immediately search a stormwater drain for two Indigenous men who were later found dead after floods in...

An expert witness has defended a police decision not to immediately search a stormwater drain for two Indigenous men who were later found dead after floods in Townsville.

The bodies of 23-year-old Troy Mathieson and Hughie Morton, 21, were found on February 5, 2019 as water receded in the suburb of Aitkenvale after hundreds of homes were inundated.

An inquest has heard that an attempt to break into a bottle shop led to their deaths, and police treated the pair as wanted persons instead of missing persons.

Grant Witheridge - a 40-year hydraulics, stormwater and fluid mechanic engineer - on Wednesday told the inquest his previous assumptions detailed within a report had been confirmed by police submissions over the previous days.

Mr Witheridge said the "conditions faced that night were hydraulically the worst possible conditions" and based on the floodwater flow, were conclusive that anyone who entered the water would have certainly entered the culvert.

He added that when an officer observed a milk bottle circulating around the entrance to the pipe, they didn't "see the reaction they expected" as it circulated at the top and didn't submerge.

"Because the upper level would have been rather quiet and pleasant and give no indication of the velocity and the force that was below it," the civil engineer said.

When questioned whether screens covering the entrance to the barrel could have potentially saved the two men, he stated older vertical grates were not structurally appropriate and have deadly consequences.

The application of newer trapezoidal screens would also require the structure to be rebuilt, he said.

Earlier, the inquest was told water police and police divers were not believed to have breached their duties when surveying the risk of rescue.

Inspector Glen Doyle said police were aware one man had entered the water before losing sight of him, and it was unlikely someone had been sucked into the water based on the milk bottle remaining at the surface.

"I guess that impacted on my thinking as well," he told the second day of the inquest on Wednesday.

Water police and police divers told the inquest that the inherent risk of entering rapidly flowing water was too great, and police needed waters to recede before entering the storm drain.

Senior Constable David Yorke said he was operating from the district disaster coordination centre and made aware of the incident at 12.23pm on February 4 before conducting electronic research of drains in the area.

He was taken to the last known location of the men, where he said the water was high, drain pipes were barely visible and water was rushing rapidly through the drain.

"It was very dangerous, and at that stage, would not recommend anyone entering the water around that drain," Snr Const Yorke said.

"They couldn't have done anything. If they entered the water they would've met the same fate."

At 6am on February 5, water levels were too high to enter the drain, with police waiting until 11am when they had receded enough for divers to enter.

Senior Constable Michael Turner, trained in swiftwater rescue and diving, said at that point water levels were never past hip height, and he "could wade through water comfortably without any push".

He entered the drains with two other divers at 11.44am and found a body facing the direction of water flow five minutes later on its side.

After notifying his officer in charge and two other divers, he continued for another 100 to 150 metres before locating the second body in a similar position.

When asked about how long the men could've survived when going under the volume and flow of the floodwaters, Snr Const Turner said no longer than 30 seconds.

"If your head is under the water, you've pretty much got no chance of pulling yourself above the water unless you've got something to hold on to and drag yourself up," he said.

The inquest will hear oral submissions on Thursday.