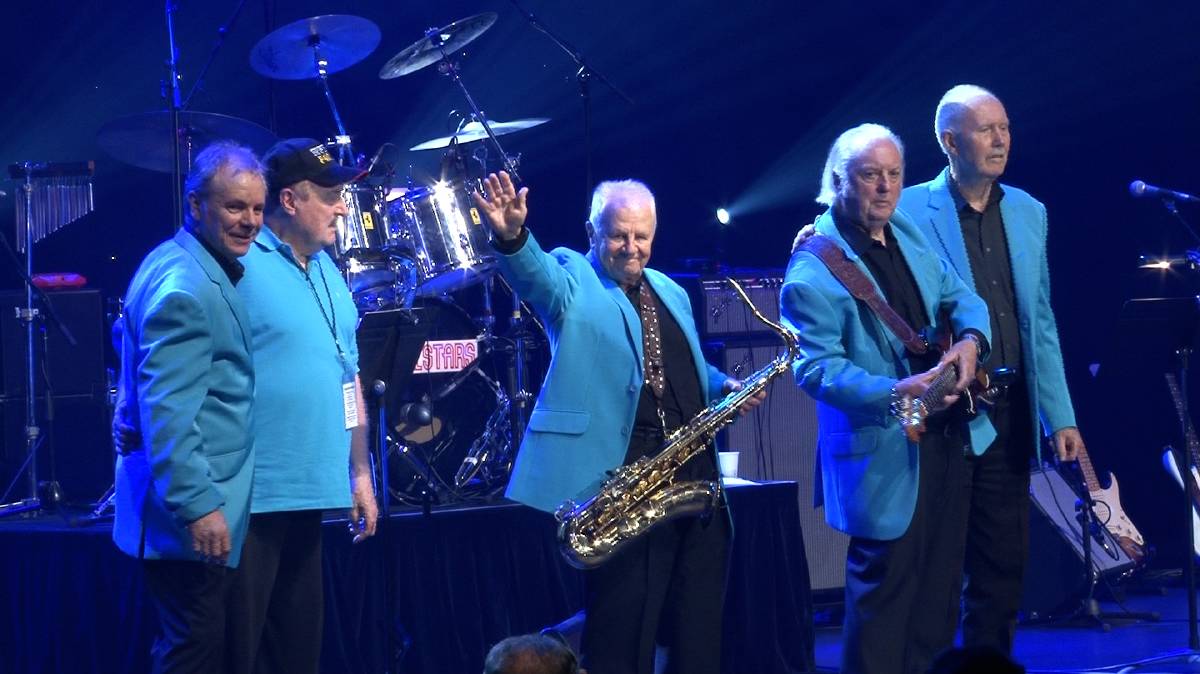 GOODBYE AND THANK YOU: Stephen Kelson, Gil Matthews, Graham Broomfield, Ian B. Allen and Barry Roy at the final show at The Palms in Crown Casino.

There's an old joke that musicians can't count past four. But not the Allstars - the much-loved Aussie rock 'n' rollers are famed for their skill with numbers.

Their songs and stage presence won them an army of fans over their decades-long career, which only wound up this year, when they finally called time.

One who was there a great chunk of that time was electric bass Ian B. Allen, AM, who joined the band in 1983, 16 years after its first incarnation as the Henri Bource All Stars.

He kept the beat right up to final sell-out show at Melbourne's Crown Casino in March.

As he wryly put it: "Age has come at an inconvenient time. The chicks who used to chase you around on stage are now carers!"

But what a time they had, with friendship at the heart of it. For Ian, there were two special mates, Barry Roy on guitar and Graham Broomfield on sax.

"Baz must have played with us 30-odd years. He would go and play with other bands as well but the Allstars had a gig that was always his first preference.

"Graham and I have been playing music together since 1961."

Ian said that together they had an overriding aim.

"The material we played was not highly complicated but we worked on the principle of whatever you play, play it well. 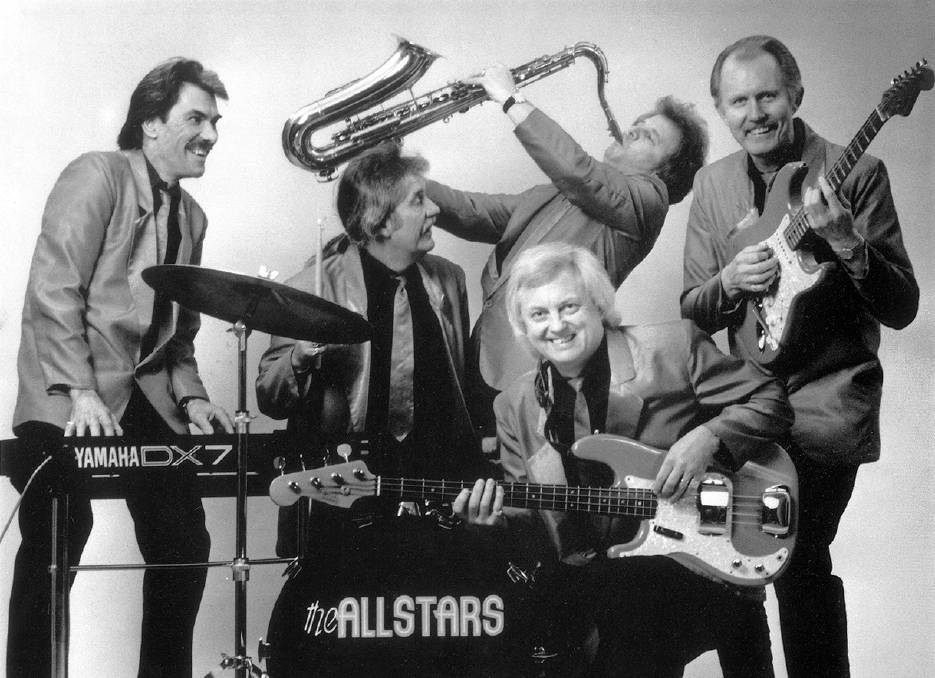 ALL THOSE YEARS AGO: The 1987 line-up, with Murray Robertson on keyboards and Ron Chapman on drums.

"And you get to know the style of the sax guy and what he will do. It's the same with the guitar player. So it was a pretty neat little group.

"We still catch up for coffee and lunch."

A succession of top musos had come and gone over the years, he said. "We've had guys from the Thunderbirds, the Blue Echoes, Johnny Chester's band the Chessmen, a range of different bands."

He looks back fondly at Henri, who invited him to join the band, saying he was a great musician and colourful character.

"He had this great moustache and looked like a buccaneer. He also lost half a leg to a shark while diving off Warrnambool. It didn't stop him and he didn't blame the shark. He always said he was in its habitat."

Ian lists a who's who of big-name performers and great characters the band played alongside.

In Canberra, the Allstars played at Bruce Stadium, where Tom Jones was also on the bill. Ian said the Welsh star's voice "was something unbelievable".

"I've never heard a voice like that, ever. I can only describe it as being like the technology can't capture the voice that guy has."

One of his favourite memories is of the Gerry and the Pacemakers' Gerry Marsden.

"He was a funny little guy. His tastes were pretty simple: 'Just give me two bottles of red wine a day: one for lunch and the other before I get on stage.'"

Ricky Nelson wanted "24 unexpired Snicker bars, which suggested someone had dudded him in the past".

"Del Shannon had a pretty hefty rug on his head and he required security people around him wherever he went so that it never got knocked off.

"Buddy Knox, who had a hit with Party Doll and introduced Buddy Holly to Clovis Studios, went through a bottle of vodka every day.

"Chubby Checker was a guy I admired. After a show he would come back with a dressing gown on, sit on the edge of the stage and sign autographs until everyone in the queue was happy.

"Probably the nicest guy we toured with was Johnny Preston, who had a hit with Running Bear. He was just a gentleman. Nothing was too much trouble."

As well as performing with the Allstars, Ian has had success as a musical promoter and producer.

"One of the personal things I've enjoyed the most was putting on a couple of shows for Vietnam vets at the Melbourne Concert Hall in the 1990s.

"I was fortunate to just be a little too old to be conscripted - just three weeks. And how glad am I of that.

"But I thought the least I can do is show my respect for the vets in my own way, by trying to give them some entertainment."

His work has taken him around the world. Other highlights include the Global Citizen event, which drew 50,000 people to New York's Central Park.

The organisation exists to alleviate poverty and he gave his effort freely.

"Some of the acts that appeared you couldn't begin to dream of; people like Beyonce, Sting, Neil Young..."

Working with the Pratt family, Ian has done shows throughout Australia, New Zealand and the US, including one with the Melbourne Symphony Orchestra in Chicago to celebrate 50 years since man first walked on the Moon.

He also spent a week with Muhammad Ali showing him around Australia.

Aged 77, and the father of three sons, Ian said health issues made it harder for the older members to put on a show - aching limbs, breathing and hearing problems, and so on.

In his case, it's arthritis. "It just kills you. To do that last show, the pain was just crazy."

Ian said the band was keen to share its story.

"There's a fair swag of information on the Allstars at the Australian Performing Arts Collection in Melbourne.

"We've consciously made it a practice that whenever we do a show with an international act, particularly, we record it on video and audio for people in the future. It's so they can know what it was like when these old farts were playing!"

Ian said that if asked, he would like the Allstars to be remembered as "a bunch of guys who gave it their best to entertain the audience".

"That's it in a nutshell, that's all we wanted to do. There was no self-indulgence in it: each time it was just what can we do to get the best result for the audience."

The twin-CD set is $25, with all revenue donated to help people in the entertainment industry with mental health issues. To secure a copy, email ianallen@ozemail.com.au