All the news you need to know this morning.

A low pressure system that brought heavy rains and damaging winds to southern and western NSW is expected to push further east.

It comes amid widespread flooding across the state as extended heavy rains fall in areas where the ground is already saturated and rivers already high in many areas and flooding in others.

Australia is on track for its wettest spring in a decade and some regions in NSW have already received more than three times their normal rainfall for November.

See some incredible drone footage of the flooding here.

Sticking with NSW and the relaxing of mask rules and the removal of isolation for school close contacts were all announced yesterday.

From Monday, school close contacts won't be forced into isolation, but the mask changes won't come into affect until December 15 or when the state hits 95 per cent double vaccination.

The 55-year-old airline pilot charged with the murders of Victorian campers Russell Hill and Carol Clay is due in court, 20 months after the couple went missing.

Greg Lynn, from Caroline Springs, was arrested on Monday by specialist police at a remote campsite in Arbuckle Junction, 280km northeast of Melbourne. He will face Sale Magistrates Court on Friday.

Meanwhile, a crime scene has been established in Victoria's alpine region with police focusing their efforts on finding the remains of the couple. 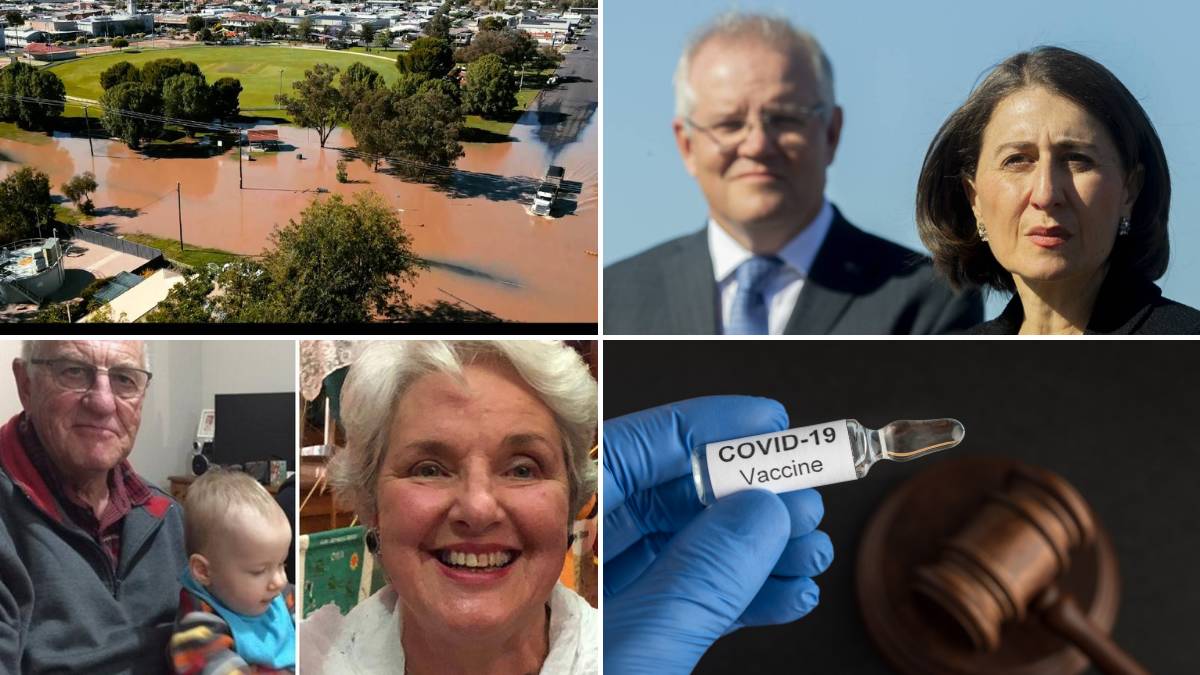 Prime Minister Scott Morrison claims Gladys Berejiklian was "done over" by a "kangaroo court" as he fended off mounting pressure over a federal anti-corruption commission.

The PM is also under renewed pressure to deliver on his three-year-old promise to protect gay students from being expelled from faith-based schools, as the debate over religious freedoms intensifies.

Sticking with federal politics and the Morrison government's controversial voter identification bill could be dead in the water, with a bipartisan committee flagging its implementation could water down human rights.

Meanwhile in state parliament, the majority of NSW lower house MPs have voted to give terminally ill people the right to choose to end their lives, but must now plough through more than 160 suggested changes to the proposed law.

About one million Victorian workers must now be fully vaccinated to continue working after a major vaccination deadline passed overnight.

All those in jobs on the state's authorised worker list were required to have two doses of a COVID-19 vaccination by Friday, November 26.

Industries on the list include AFL and other professional athletes, lawyers, journalists, mining workers, court staff and personal trainers.

Australia is sending police, diplomats and defence personnel to the Solomon Islands to provide stability and security after rioting in the capital Honiara.

The deployment, which is expected to last a few weeks, includes a detachment of 23 Australian Federal Police and up to 50 further AFP officers to provide security at critical infrastructure.

In addition, there will be 43 armed defence force personnel, a patrol boat and at least five Department of Foreign Affairs personnel.

Health restrictions have eased in a Northern Territory Indigenous community as the Australian Defence Force condemns social media claims that it's forcing people to get vaccinated.

The territory's outbreak grew to 52 cases on Thursday after a teenager from the Binjari Aboriginal community tested positive for the virus.

But Chief Minister Michael Gunner said it was an "encouraging" day after less virus samples were found in wastewater.

Thanks for reading our AM digests this year. We are going to take a short break in December and will return with your morning news snapshot in 2022.

The story Widespread flooding as the rain continues to fall first appeared on The Canberra Times.