Around the world thousands of people are literally breathing easier because of the work of a northern New South Wales company that's experiencing extraordinary growth as demand for its products booms. 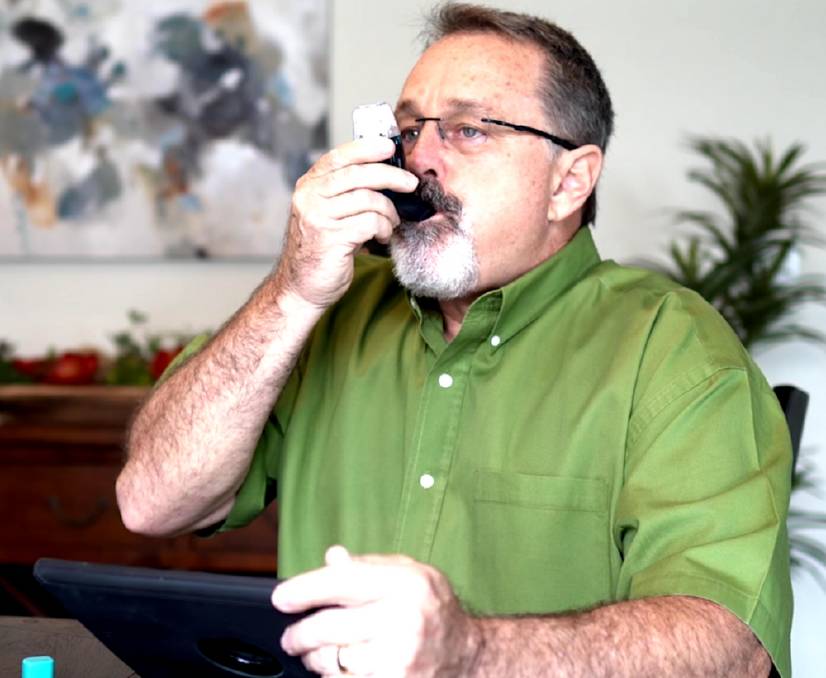 Around the world thousands of people are literally breathing easier because of the work of a northern New South Wales company that's experiencing extraordinary growth as demand for its products booms.

Tweed Heads-based AirPhysio is the business behind an Australian-made version of a lung-training device called an Oscillating Positive Expiratory Pressure (OPEP) that helps clear mucus out of airways and build healthier lungs.

Short for Airway Physiotherapy, the AirPhysio device assists in the treatment of a range of respiratory conditions.

Launched in 2016, the award-winning company has had exponential growth over the past year with sales skyrocketing from 5000 devices in July last year to 100,000 in June this year. The expectation is that by the end of the year that monthly figure will be around 500,000.

The company currently employs around 80 people at its production base in Tweed Heads but that is forecast to pass 100 by the end of the year, and double to 200 by June next year.

AirPhysio's chief executive officer Paul O'Brien said he's been overwhelmed by the feedback the company receives from customers about the impact it's had on theirs and their family members' lives.

"We've had some amazing stories," Mr O'Brien said. "They range from a woman who told me she has gone from being basically couch ridden because of a respiratory condition to now being back to doing her own housework, to a lady whose son had suffered from respiratory conditions and had never been able to finish a sporting event without having an attack who was able to make it into a district cross country event. He's now a sponsored surfer."

"There is one man who when he started using the device was struggling to walk up a hill without being out of breath who now cycles 50 kilometres a day. It's really phenomenal to hear how people's lives have been transformed."

AirPhysio started with a mission to help people with dangerous and inhibiting respiratory conditions by creating a more efficient version of the old OPEP devices that were already available but outdated and not well known or understood by people.

While previously it was a one size fits all situation, the AirPhysio team developed a range of sizes so the device could be used more easily by everyone, and for different conditions. The company also focused on building awareness and understanding about the various respiratory conditions and how OPEP devices could help turn back the decline of lung function in those conditions.

AirPhysio spent many years working to achieve international compliance for the device. It now has compliance and is selling into more than 65 countries around the world.

AirPhysio uses a natural process to help clear and remove mucus from the lungs while helping to maintain or restore maximum lung capacity and improve breathing in a natural way.

The removal of mucus in the lungs is essential to maintaining proper lung hygiene which if not carried out can lead to further infections and a reduction of effectiveness of medication.

AirPhysio works in a similar way to your body's cough mechanism. A stainless steel ball bearing which sits inside of the device creates an airtight seal similar to the vocal cords, and as your diaphragm expands it builds pressure in your lungs until it reaches a specific pressure

This lifts the ball bearing off the cone, breaking the seal and allowing the air to rush out. The ball bearing then falls back into place creating the airtight seal again. The pressure starts to build again starting the cycle again.

The difference is that AirPhysio creates this cycle between 15 to 35 times per second, where a cough only happens on average, once every two seconds.

This process provides a more efficient clearance process, helping to remove foreign particles and excess mucus from the lungs, while also helping to expand lung capacity and the mucociliary escalatory to function more efficiently.

To find out more about AirPhysio and hear testimonials from its customers visit the company's website at www.airphysio.com.au