WA might be famous for its wildflowers but NSW can give it a run for its money, with spring setting the landscape awash with colour.

WA might be famous for its wildflowers but NSW can give it a run for its money, with spring setting the landscape awash with colour.

The weather is perfect for heading out into nature and there are plenty of places across the state where wildflowers are plentiful at this time of year.

Lovers of the delicate flannel flower, so named for its soft wool-like texture, should head for the Flannel Flower walking track on the NSW Central Coast near Wagstaffe and Killcare, just 40km north of Sydney. This 3km walk connects Tallow and Lobster beaches, along trails lined with the flannel flowers' distinctive white blooms. The track also meanders through an angophora forest, before ending at the Lobster Point lookout with commanding views along the coast.

Port Macquarie might be known for its beaches, but it offers natural appeal of a different kind in coastal Kattang Nature Reserve. When not scanning the sea for migrating whales, look down to be dazzled by magnificent wildflower displays including boronia, flannel flowers, everlasting daisies and wedding bush.

The Illawarra Escarpment State Conservation Area is famous for its Pink Fingers (Caladenia carnea), also known as Finger Orchid as well as it's bird life.

Don your hiking boots and head out to the Kosciuszko National Park where the dispay of everlasting daisies, yellow billy button and purple eyebrights are stunning.

Myall Lakes has some spectacular wildflower displays of Christmas bells and flannel flowers, or head down to the Illawarra and try its many bushwalks.

The Cascades Walk and the Macquarie Rivulet Track in the Macquarie Pass National Park take you through rainforest vegetation, while the Madden's Falls Walk in the Dharawal National Park weaves through heath, woodlands amd swamps, filled with birdlife and wildflowers.

Wodi Wodi and Mt Kembla Summit in the Illawarra Escarpment Conservation Area will also reward you with a variety of spring wildflowers.

Remember to check the required fitness level for any of the walks you take and whether walks are currently open. Of course water and a camera are a must. 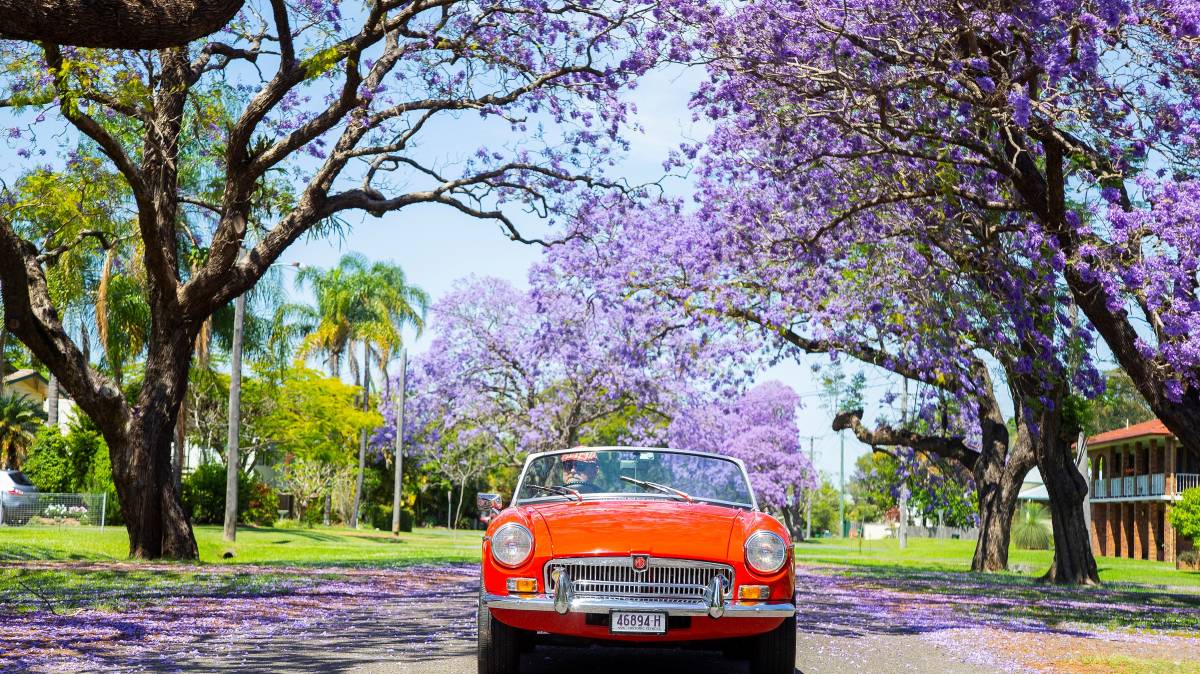 Where to see jacarandas

If it's a blast of colour you're after then head to historic Grafton, which sits on the Clarence River along NSW's North Coast 600km north of Sydney, for the annual Grafton Jacaranda Festival every October and November. There are more than 2,000 jacaranda trees across town - including the state's oldest - and they're celebrated with street parades and themed floats, markets, live performances, fireworks and even the crowning of a jacaranda queen.

Where to see gardens and fields

The Blue Mountains' Botanic Garden Mount Tomah is the world's only botanic garden within a UNESCO World Heritage Area. It's a special part of the state, home to thousands of trees and plants, many of them flowering. Head there in spring for more than 50,000 daffodils as well as cherry blossoms and ruby-red waratahs.

It's 170km from Sydney west to Oberon, where you'll find one of the world's largest privately owned cool-climate gardens. Mayfield Garden is inspired by grand English country estates, its immaculately groomed grounds including themed groves, water features and a paddock-to-plate cafe. During the annual Spring Festival in October, visitors are given access to areas normally closed to the public.

The Riverina region of southern NSW, west of Canberra, goes golden in spring, thanks to the canary-yellow canola flowers that cover rolling pastures and hillsides. Follow The Canola Trail to explore idyllic country towns and villages - including Junee, Temora and Coolamon - visit wineries and restaurants, and learn about the area's history, all the while surrounded by blooms. Be sure to linger at the Temora Aviation Museum, Junee Licorice and Chocolate Factory and Coolamon Cheese.