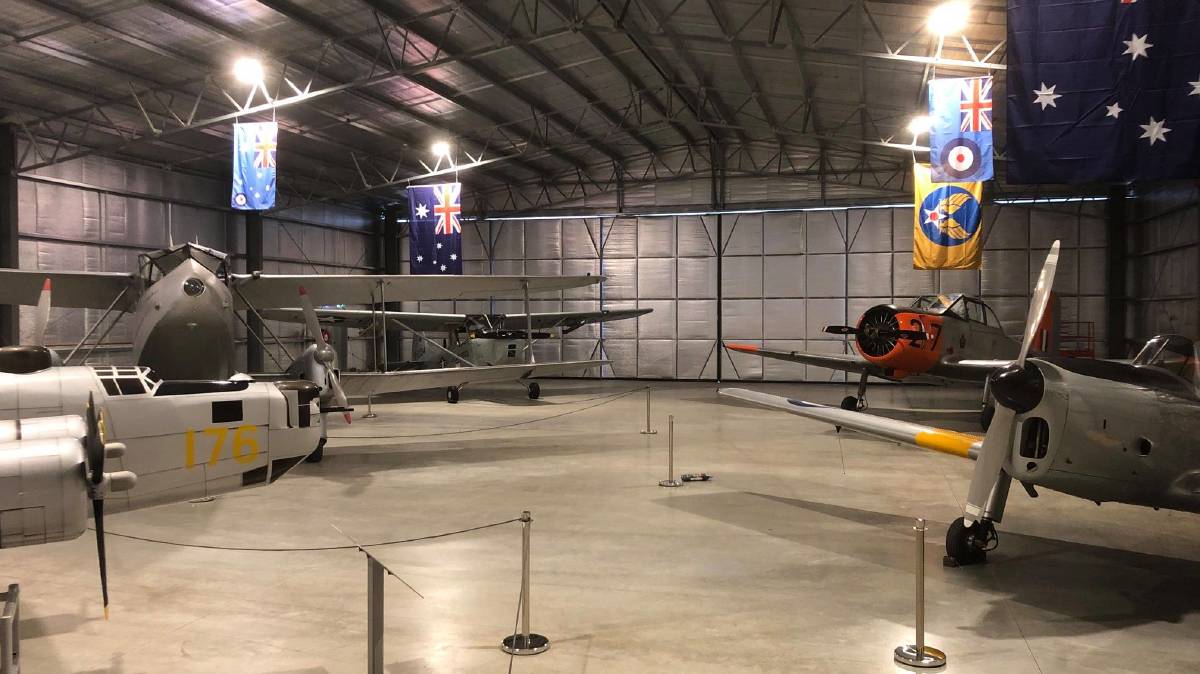 The new Tocumwal Aviation Museum is a must see for plane lovers and history buffs.

The Tocumwal Aviation Museum opened up on the airfield of the former base, located in the NSW Riverina district, in late July.

The museum has been in the works for the past two years and is the brainchild of owners Matt and Karen Henderson.

Matt - a former Airforce serviceman and aviation enthusiast, said the museum featured over 5000 historical photos, including many from World War II and some predating the base's military history.

It also runs archival film footage on a continuous loop and showcases remnants of old aircraft.

The museum's memorial hall pays a moving tribute to those who are buried in Tocumwal's war cemetary, sharing their stories.

Visitors can also check out a range of historic aircraft in the site's display hangar. Planes have been loaned from private owners and will be rotated on an ongoing basis.

The museum also has a cafe which serves lunch, morning and afternoon tea.

Matt said the museum was not just dedicated to Tocumwal's military history. It also aimed to shed light on an aviation history in the area that dated back to 1919.

He said following World War I, surplus military aircraft were used to support burgeoning aviation activity in the area.

Aircraft were also used for surveying, exploration and joy flights, while the town was also briefly used as a stop off point on the Mildura to Cootamundra passenger service.

"Tocumwal is located about halfway along (the route) and was one of the locations for the service. It only operated for about a year, before the Great Depression hit and everything stopped," Matt said.

In 1942 the airport was established as an air force base, at the time it was the largest in the southern hemisphere.

Matt said the museum also shared a lot of information about the site's World War II history which was not common knowledge.

"Everything that was going on here was either secret or top secret," he said.

"Even after the war, a lot of what went on here wasn't really known about."

"When we started researching... there was a lot of info no one had really looked at or researched before."

The RAAF continued to use the base until 1960, but in the 1950s it was also used for crop dusting and commercial services.

Matt joined the RAAF in 1995 and served six years as a permanent member and an additional eight years in the reserves.

Over the past 15 years, he has become involved in a number of historic aircraft groups.

He owns two planes himself - an ex RAAF Winjeel training aircraft built in the 1950s and a US Cessna Birddog which saw active service in Vietnam.

Matt said in the future, he and Karen planned to expand on the museum with the addition of interactive activities and live flying displays.

The museum is located at 205 Burma Road, Tocumwal and is open from 10am to 4pm, seven days a week.