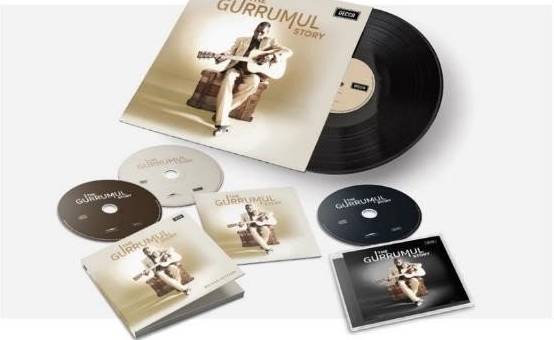 HE provided music lovers around the world with an insight into the power of identity and spirit. Now Gurrumul's spirit lives on through the release of his first anthology.

The Gurrumul Story - is set to be released through DECCA Australia.

The collection features all of Gurrumul's most popular and enduring songs and will be available on digital platforms, CD, a CD and DVD deluxe package and vinyl on September 10.

The Indigenous Australian singer/songwriter, who was born blind in 1971, grew up on Elcho Island (Galiwin'ku), located off the coast of tropical North East Arnhem land.

Gurrumul was a member of the Gumatj clan and speaker of the Yolngu language. His songs explored concepts such as identity and spirit and the land - including our connection to it and the ancestral beings who are related to it.

Gurrumul, who passed away following a long illness in 2017, garnered international acclaim following the release of his self-titled debut album Gurrumul in 2008.

Watch the video for Wiyathul

Gurrumul has sold over half a million albums to date, won nine ARIA awards and was posthumously named Australian of the Year in 2018.

The anthology contains alternate versions of two of his most popular songs. A brand new orchestral version of his breakthrough hit Wiyathul and a duet version of Bayini featuring Sarah Blasko.

The first official music video for Wiyathul has been released in celebration of the release.