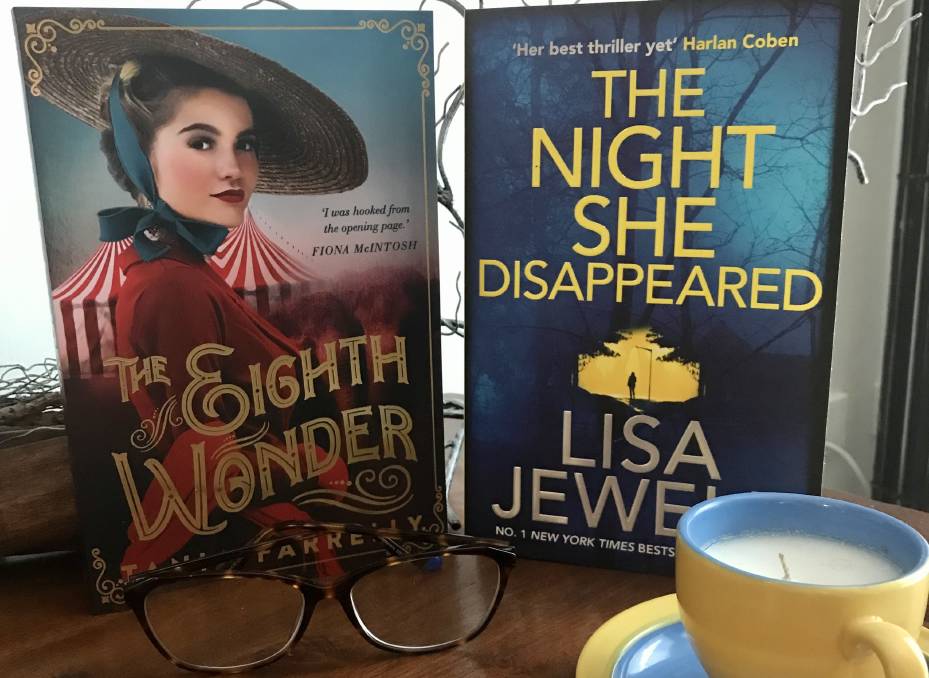 It's New York, 1897. Beautiful, young and privileged, Rose Kingsbury Smith is expected to play by the strict rules of social etiquette, to forfeit all career...

It's New York, 1897. Beautiful, young and privileged, Rose Kingsbury Smith is expected to play by the strict rules of social etiquette, to forfeit all career aspirations and marry a man of good means.

When the theft of a precious heirloom plunges her family into financial ruin, Rose becomes her family's most tradeable asset.

She finds herself fighting for her independence and championing the ideal of equality for women.

Enigmatic Ethan Salt's inglorious circus days are behind him. He lives quietly on Coney Island with his beloved elephant Daisy, devoted to saving animals brutalised by show business. He fears he will never build the sanctuary of his dreams ... until a chance encounter with a young architect.

The Eighth Wonder by Tania Farrelly (RRP $32.99, Michael Joseph) looks at the brilliance and brutality of a progressive era and the visionaries who dare to rebel.

THE Night She Disappeared is a thrilling tell-me-what-happened read ... a missing woman, an abandoned mansion, family traums, and deep buried secrets.

Teenage mum Tallulah is out with new boyfriend Zach. She never comes home.

Mum Kim discovers they were last seen heading to a party at a house in the woods; locals call it Dark Place.

A year on, the mystery remains unsolved. Could a note discovered in the woods lead to the truth?

The Night She Disappeared by Lisa Jewell (RRP $32.99 Trade paperback)