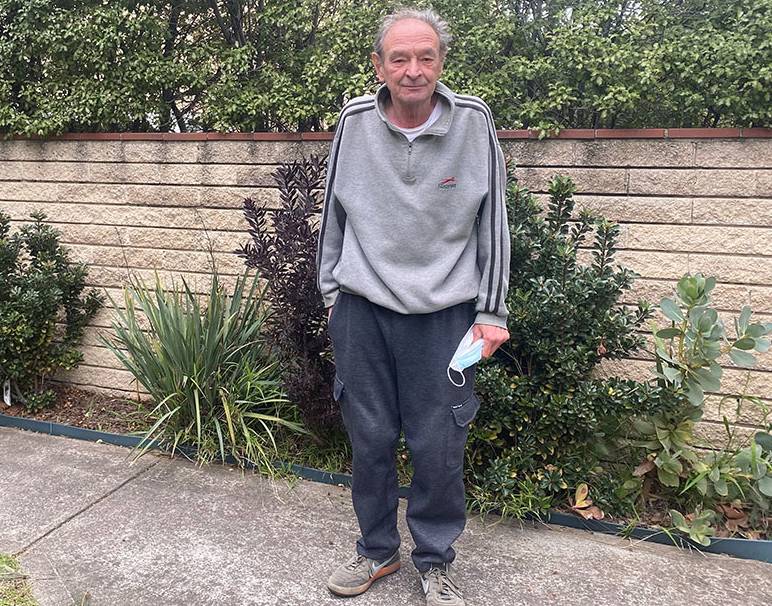 Warrick Jennings has an affordable, safe roof over his head.

Warrick lost his private rental when he could no longer afford to pay the rent due to illness.

The 69-year-old lost his private rental when he could no longer afford to pay the rent due to ill health.

Like many other older Australians, Warrick never imagined he'd be worrying about a roof over his head at this stage of his life. He was a self-employed gardener for 30 years, worked in a bank, for a gas and fuel corporation, and even owned a milk bar.

"It was a great relief I finally had a roof over my head permanently. It took away a lot of stress and worry," he said.

In Australia there are more than 116,000 people experiencing homelessness on any given night. Some will be sleeping rough or living in temporary accommodation such as couch surfing, emergency shelters or in cars.

People aged over 55 are one of the largest at-risk groups for becoming homeless with Anglicare Australia's Rental Affordability Snapshot 2021 finding just 0.5 per cent of rentals nationally were affordable and suitable for a retiree on the age pension and none affordable for people on JobSeeker (many older Australians are forced to rely on Jobseeker until they reach the age they can claim the age pension which is currently 66 years and six months).

VMCH provides 360 affordable homes across Melbourne as well as providing land for a peppercorn lease for another 40-plus homes through the Director of Housing.

Chief executive Sonya Smart said providing affordable homes was part of the non-profit organisation's mission to support the most vulnerable in the community.

"All people and especially older people deserve to live in comfort, with security and with dignity," she said.

"There is a huge gap in housing for older people, particularly older women who are still very independent and many years away from requiring aged care services. That's why we continue to actively grow our affordable homes across Melbourne and will be breaking ground on our most recent development in Ivanhoe East in the next few months."

Warrick is settling into his new home which has given him hope for the future.

"Affordable homes are so important for a good quality of life, for independence and safety and not worrying about where the next dollar will come from," he said.

"Caulfield North is a good location for transport and shopping and will enable me to keep working part-time. I'm looking forward to having some financial security, and belonging to a community."

August 1-7 is Homelessness Week; highlighting the critical need for secure, affordable housing for vulnerable people of all ages.