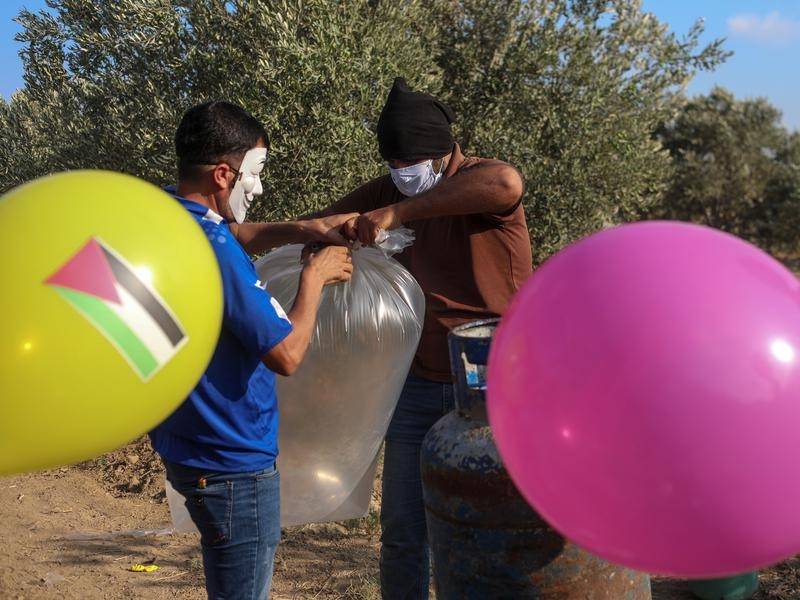 The Israeli army says it has attacked a base of the Islamist Palestinian group Hamas in the Gaza Strip overnight. "In response to arson balloons launched towa...

The Israeli army says it has attacked a base of the Islamist Palestinian group Hamas in the Gaza Strip overnight.

"In response to arson balloons launched toward Israel, we struck a Hamas military base containing infrastructure and means used for terror activity," the Israel Defence Forces (IDF) tweeted on Monday.

"The base was near civilian sites in Gaza, including a school. We will continue to respond to any terror attempts from Gaza."

Militant Palestinians often send balloons loaded with explosives and incendiary devices over the border to Israel in order to cause damage there.

This regularly results in fires in fields in the south of the country.

In May, Israel's armed forces engaged in an 11-day battle with Palestinian militants in the Gaza Strip.

According to official figures, 13 people were killed in Israel and 255 people died in Gaza.

Egypt eventually brokered a ceasefire between Israel and Gaza's ruling Hamas, which came into effect on May 21.

The Islamist Hamas is classified as a terrorist organisation by Israel, the US and the EU.

According to aid organisations, a large part of the 2 million people in the Gaza Strip - whose land and sea borders and air space are controlled by Israel and Egypt - live in very poor conditions.