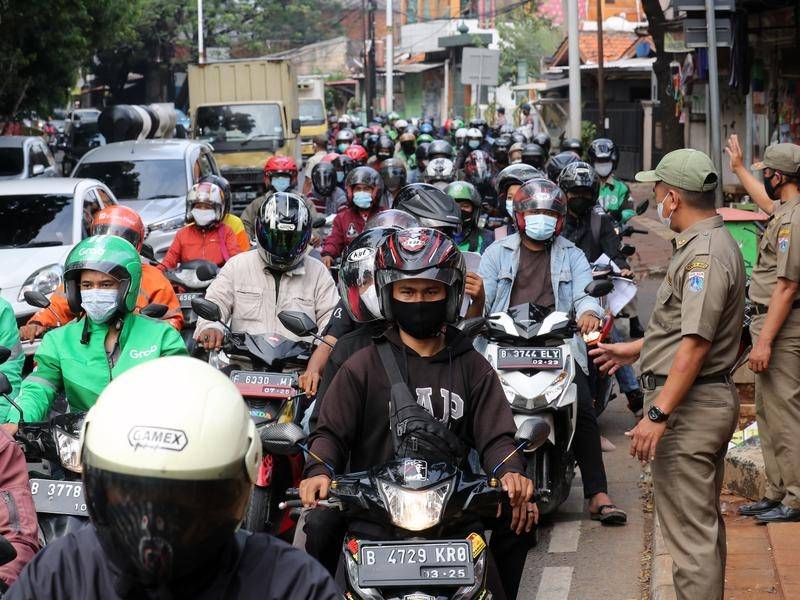 Indonesia's decision to relax some COVID-19 curbs this week, despite reporting record-high deaths in recent days, is driven by social and economic concerns ra...

Indonesia's decision to relax some COVID-19 curbs this week, despite reporting record-high deaths in recent days, is driven by social and economic concerns rather than epidemiological advice, public health experts say.

As the country grapples with the worst coronavirus outbreak in Asia, President Joko Widodo announced on Sunday that while overall curbs in place since July would be extended for a week, some measures would be eased.

Businesses, including salons, garages, traditional markets and restaurants with outdoor areas will now be allowed to conditionally reopen, while malls will be permitted to operate at 25 peer cent capacity outside of designated higher-risk "red zones".

"The decision doesn't seem to be related to the pandemic, but to economics," said Pandu Riono, an epidemiologist at the University of Indonesia, urging people to maintain health protocols.

Hospitals have been filled with patients in the past month, particularly on the densely populated island of Java and in Bali, but the president on Sunday said infections and hospital occupancy had declined, without specifying by how much.

The move to ease some curbs comes as the government has faced pressure from business groups to act to avoid mass layoffs, and with several relatively small-scale street demonstrations last week.

"The problem is that compared to last year the impact of the pandemic, not just on the health sector, but on socio-economic and political aspects is getting bigger by the day because of the Delta variant," said Dicky Budiman, an epidemiologist at Queensland's Griffith University.

As the Delta variant, first identified in India, has spread across Indonesia cases have surged to the highest levels since the start of the pandemic.

But with more than 50 per cent of Indonesians employed in the informal sector and with limited financial support and mounting pandemic fatigue, the government has few choices, says Dr Dicky.

"Is it the correct decision? Based on the epidemiological situation, no. But then the government doesn't have any option because of the complexity of the situation."