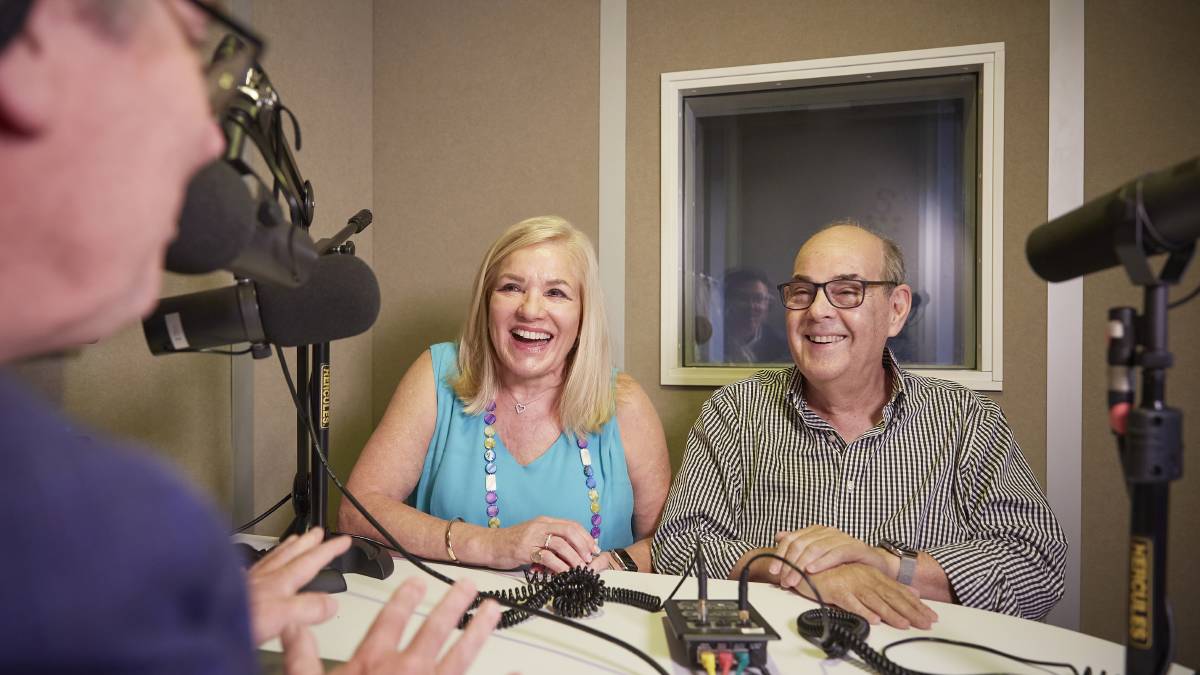 Liz and Barry talk about love and dating with James Valentine.

Life's Booming podcast proves that love can strike at any age.

Ol' Blue Eyes, Frank Sinatra once sang that "love, like youth is wasted on the young" and Dare to Date, Australian Seniors second series in the Life's Booming podcast proves that love can indeed strike at any age.

Dare to Date is a six-part series that covers real-life love, dating and relationships stories of Australians in the later years of life. From dating disasters, to the dilemmas of showing physical affection, and to the heart-warming stories of seniors who've found the love of their life much later in life.

James Valentine talks intimately to people about their stories of the power of love, manipulation, heart-break and empowerment in relationships - all shared with the hope of informing and inspiring Australians over 50 on all aspects of relationships - good or bad.

James has a two-way dialogue with his guests to explore their stories, including conversations with Elisabeth Shaw from Relationships Australia NSW where the two dissect the episode's topic and offer advice for listeners who may be on a similar path.

The first three episodes of Life's Booming Dare to Date are available now online seniors.com.au/podcast or via Apple Podcasts, Spotify and Google Podcasts and feature The Captain - A tale of a year-long romance ripped apart by a web of lies from a man posing as an airline pilot; High school sweethearts - Former teenage girlfriend and boyfriend Melissa and Paul, who started dating at school in Papua New Guinea, connect on social media and reignite their romance - 42 years after last seeing each other; and Swipe right - Online dating is not just for the young. Barry and Liz met on the phone dating app Tinder in their early 60s, and after saying they will never marry again - decided to tie the knot.

Valentine said of the Life's Booming podcastand season two,"It's such a privilege to host Life's Booming! From the life-changing adventures discovering Australia in season one with The Grey Nomads, to the trial and triumphs of love and romance in Dare to Date, this podcast showcases an honest and thought-provoking view on life after 50." 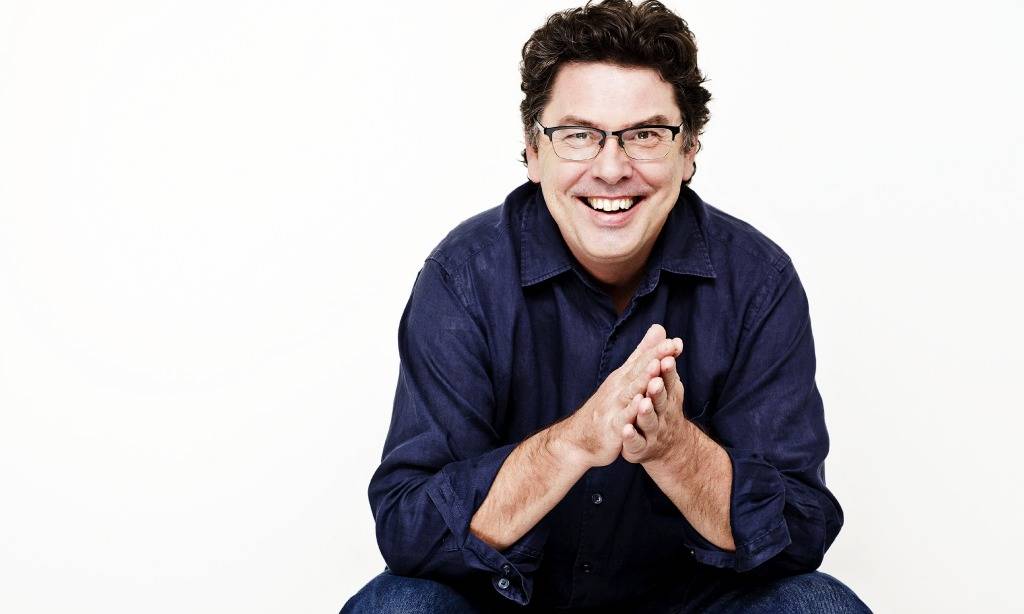 "Love, intimacy and connection are fundamental to our existence. Over 50s know themselves better, have learnt from experience, and are ready for a fresh adventure. Dating again can be daunting though if it's been a while.

"This series provides a window into the successes, joys and risks to be managed, speaking to the specific questions people have in this age group. There is nothing quite like it on the market.

"Despite the stereotype that older Australians might settle for singledom, the evidence is that love and connection are valuable and actively sought at all ages.

"Older people know what they are looking for and yet can be daunted by how to go about dating, especially if a bit burnt by past experiences. Listening to the stories of others is a great place to start researching what methods are going to work, what to avoid and how to set dates up for success. This podcast series is a must for those ready to take the leap." 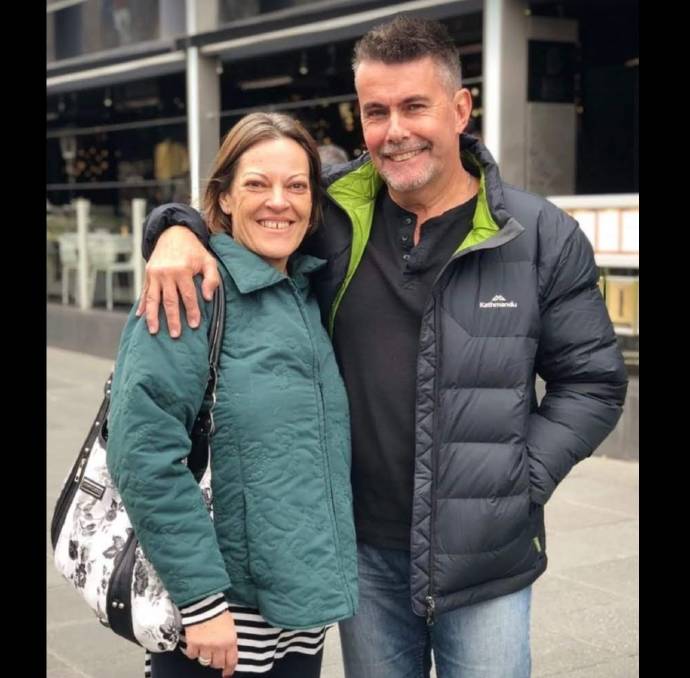 Paul: "When I saw Melissa again for the first time in over 40 years, it was just like a flash and she appeared again. It was quite amazing, nothing had changed so to speak."

"When I was 15, I was shipped off to Sydney around the same time Melissa went to boarding school, but I had big plans to fly Melissa to Sydney and elope and disappear. The only thing that stopped us was fear of our parents and things just faded away over time. I had a reasonably normal life following this, two marriages and three daughters - my life went on."

"Years later, I got a Facebook request from a mutual friend and thought 'wow, what a blast from the past'. That friend told Mellisa we spoke and a couple of days later, I had a message from her and I replied almost instantly. We spoke over the phone for about three months and it felt like 40 years hadn't even passed. I was living in Sydney at the time and Michelle suggested I come down to Melbourne so we could meet up. I spent a week in Melbourne, met Michelle's daughter and two months later, Michelle moved up to Sydney and the rest is history."

Melissa: "Seeing Paul again after all those years was as comfy as pulling on an old pair of socks. 42 years is a long time between meets but when he walked into the Stamford Hotel in Melbourne, it was his walk that I first noticed - because he is really bow legged. He was 15 the last time I saw him, he had this long floppy, blonde surfer hair and when he came over to me at the Stamford to say hello, he said 'you know, it's really like meeting my wife after a days work'."

"This was our first love, our world, just the two of us, until we were separated in our early teen years. When I was 13, it was getting a bit rough in Port Moresby and my dad started to get nervous about having two girls there, so sent my sister and I to a private boarding school in country Victoria, which we hated. Paul sent me letters frequently and even asked if I would fly out to Sydney if he sent me a plane ticket! But we ended up drifting apart due to the distance and by the time I was 16 and a half, I was pregnant and spent the next decade having four children and two marriages."

"Years later, a mutual friend I went to high school with told me they had spoken to Paul over Facebook, so I found him on Messenger, sent him a message and the next morning had a reply. We spoke over the phone every night for three months and then I suggested he come down to Melbourne from Sydney to meet up. My daughter came in from the country to meet Paul, as she's very protective. She said 'Oh mum, he's lovely'. Two months later, I moved up to Sydney and we're here today." 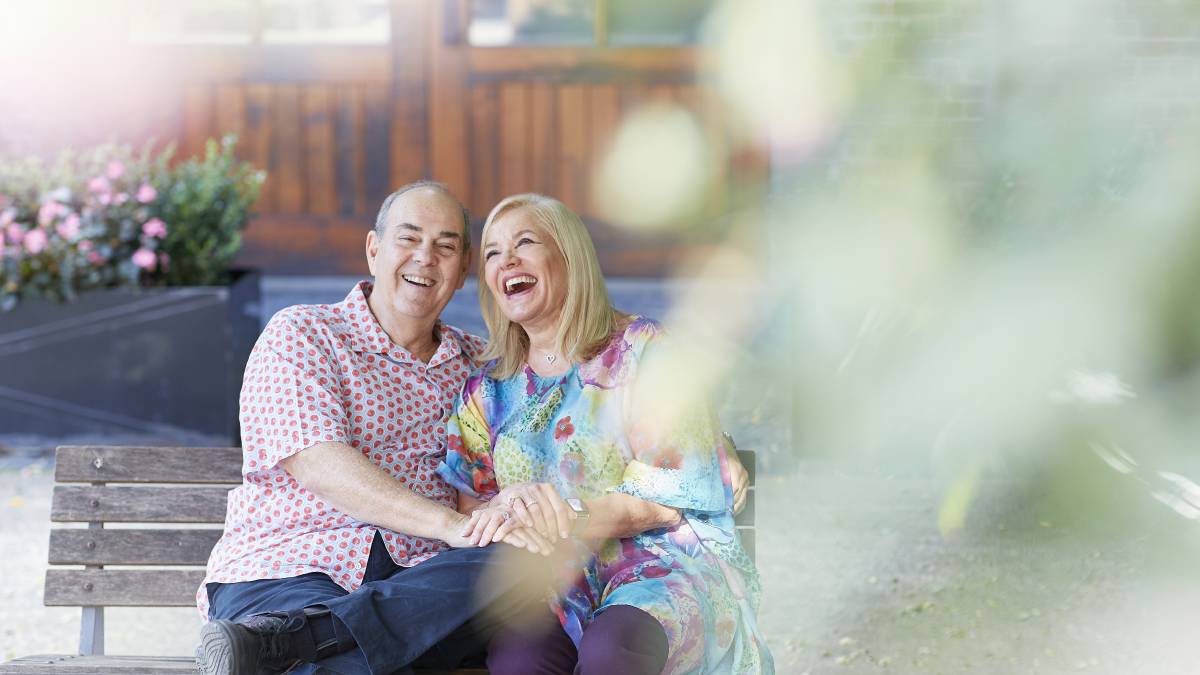 Barry "Liz's profile came up on my Tinder and I thought she was cute. My first response was something like 'crikey' and I don't even know why she responded to it! She did though and we decided to meet for coffee - it was almost like an accident."

"Whenever it came to meeting up with people from Tinder, my best friend would come past where I was having coffee on a date, just to check out who I was meeting. She would look in at me and shake or nod her head. But she didn't come the day Liz was there, so we ended up married.

"Dating at our age does feel like you're a teenager again. I must say that Tinder itself was a bit disappointing because all you see is a photo and a sentence underneath it. It's a really weird thing dating when you're not only an adult but an adult with a history and children behind you. I did meet a couple of people before Liz and so many people had old photos on their profile, and you question why a 60-year-old has put up a photo of them in their 40s. Liz looked exactly like the photo so I knew she was honest in that respect."

Liz "My daughter decided to put me on Tinder. She took a photo of me and set up my profile and when I received the first message from Barry - 'crikey' - I thought 'what a weirdo' but I gave it a go and we met for coffee."

"My daughter was my safety check. If I was going out on a date, she would give me a safety call, say to me 'how's it going, do you need me to say I'm sick so you can leave?'. But I didn't need to do that with Barry."

"Online dating is exciting and at its best you have that anticipatory rush at any age when you think 'what if I meet someone and this really happens'. If you do feel confident with technology, you could do something like a Zoom call first so that you can see what they look like, or slow it right down and have a few phone calls before you meet. I think that worry you have in the back of your mind, that you go to a café, not knowing who you're looking for and looking a little bit desperate and dateless always lingers. So, you can build some cautionary things into your dating process."

"There is a sense of ageism with online dating - I ended up lying about my age as my daughter said 'no one is going to date you if you say you're over 60' so I put a maximum age of 60 instead. If I hadn't done that, I never would have met Barry. On the other hand, age is going to be obvious to a certain degree but if you think it's going to be barrier to put the literal age, maybe saying something 'over 60' is all you have to do to start with, but I think deception is not a great way to start a relationship."

"The shame of the apps is that we tend to measure ourselves against a theoretical construct - 'I'd hate a smoker', 'I'd love a bushwalker' or 'I'd prefer someone who is vegan'. But then you meet someone and in the 3D shape they're gorgeous but they're not vegan or they don't love bushwalking and you manage that perfectly fine. I think anything that's important to you, put that up front on your profile - you have six kids who are important to you? Put that upfront."

You can also listen to Date to Date and The Grey Nomads on the Australian Seniors website: www.seniors.com.au