The oldest man ever to have lived in Australian history, Roma's Dexter Kruger has died at the age of 111. 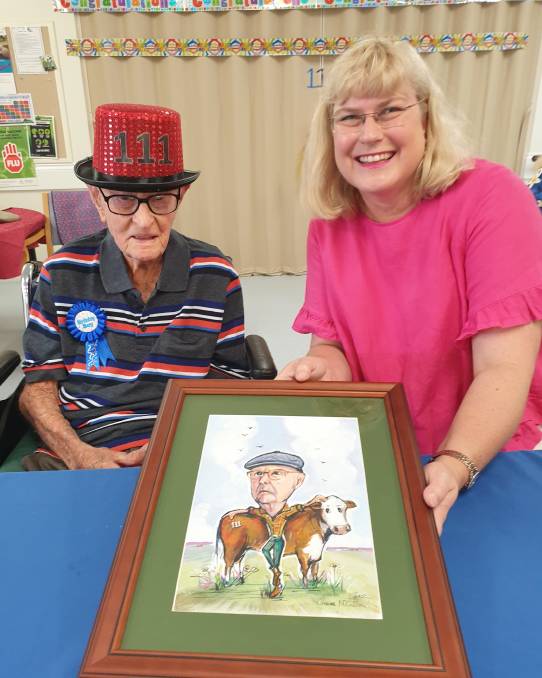 Dexter Kruger shows off one of his 111-year-old mementos to Warrego MP Ann Leahy.

The oldest man ever to have lived in Australian history, Roma's Dexter Kruger has died at the age of 111.

The retired grazier became the oldest man ever in Australia's history on May 17 when he turned 111 years and 124 days, surpassing the milestone set by World War I veteran Jack Locket of Victoria, who died in 2002 at the age of 111 years and 123 days old.

According to ABC Southern Queensland, he died on Tuesday at the Pinaroo Aged Care Home in Roma, Queensland, after a brief illness.

Warrego MP Ann Leahy extended her sympathy to his family and friends, saying the country had lost a wonderful Australian.

"We were deeply privileged to have known Dexter as long as we did," she said.

"I was in awe of him, the books he'd written and the poetry he could recite.

"The history he recorded for us was so valuable."

Mr Kruger wrote 12 books in his later years and drafted his autobiography with the help of Janet Rowlings. 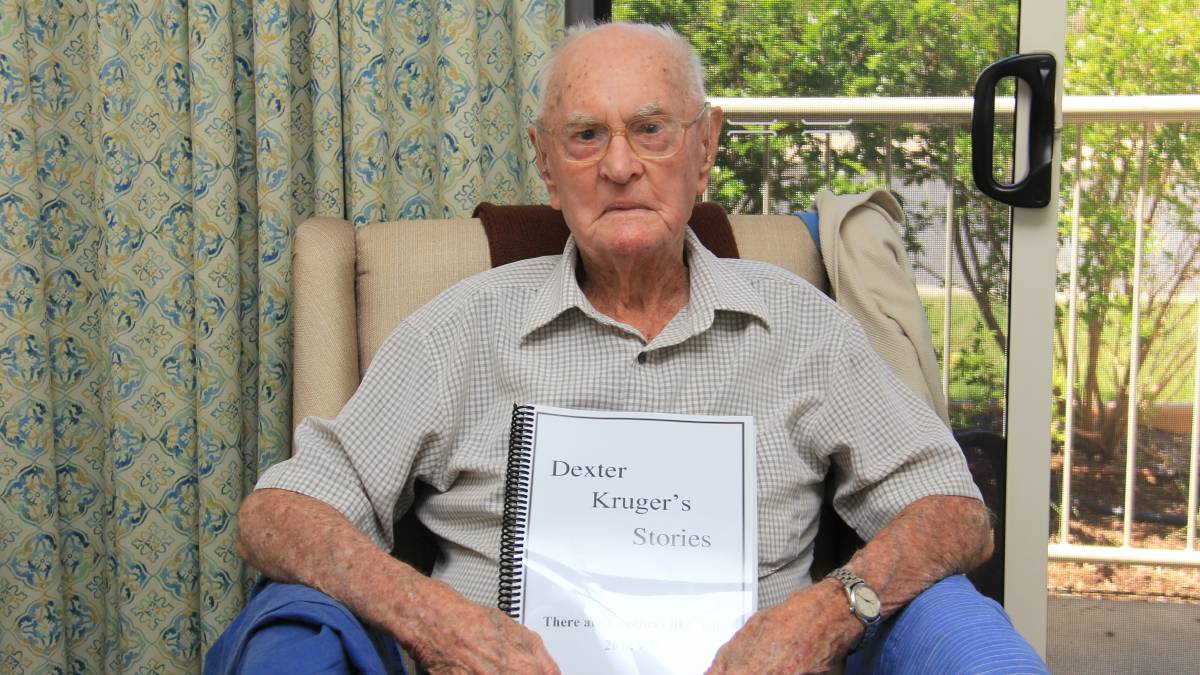 Dexter Kruger pictured with one of the books he compiled following his retirement.

Premier Annastacia Palaszczuk purchased his collection of 12 books for permanent placement in the State Library of Queensland in 2019.

Dexter Ronald Kruger was born on January 13, 1910 in Nundah, Brisbane, then grew up with his siblings on the property Sheep Station Creek near Kilcoy.

He was a pioneer of the liveweight cattle selling system, moving a motion in 1951 as a member of the United Graziers Association to have liveweight scales installed in Cannon Hill, Queensland.

Mr Kruger married Gladys Beanland in 1942, with whom he had one son, Greg.

They were married for over 50 years before her death in the 1990s.

Two of Kruger's cousins lived to 100, and his aunt lived to 103. He was the fifth recorded male supercentenarian in the history of Australia, as well as the first from Queensland.

Mr Kruger has previously attributed his good health to living "a life in the bush in the country air".