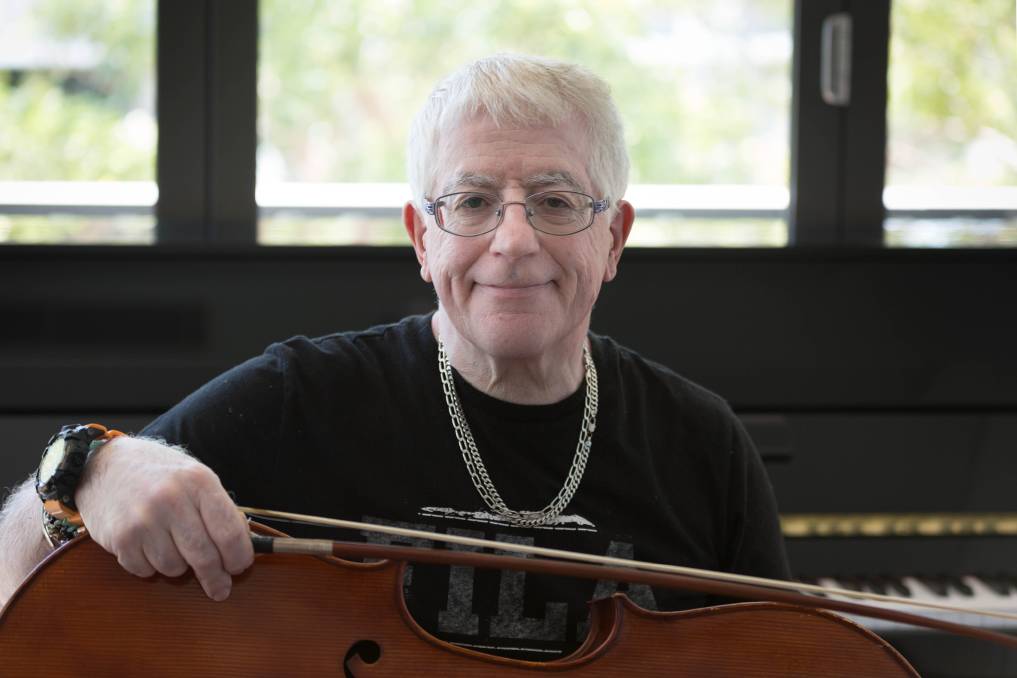 A MANY-SPLENDOURED LIFE: Dave Loew, author of the new autobiography I Am Cellist.

Back on track, Dave Loew keeps busy with autobiography and James Bond-themed album.

For Dave Loew, a cello is much more than an instrument. Each has a human-like quality, with a personality all its own.

And he should know. The acclaimed Australian cellist has owned six over a lifetime of performing, including one called Gladys, who he played for 36 years.

"No one else was allowed to touch it," said the 72-year-old, who has sold more than two million albums worldwide and has just released his autobiography, I am Cellist.

"When you play a string instrument like that you kind of leave a bit of your soul in it.

But sadly, they had to part.

"I got back from England and I was really sick so I sold it to the Sydney Symphony Orchestra," he said.

"By then it was 150 years old, Italian and what everybody wanted. I think the number three cellist has it now.

"It was a sad parting - a bit like a divorce really."

Raised on a farm in Kenya, Loew was given a tiny cello for his sixth birthday and "just took to it". His first cello performance was to a crippled lion he called Simba.

Further inspiration came when the famed Russian-American virtuoso Raya Garbousova happened to visit Kenya and gave him some lessons.

Since then, and having performed with some the world's most famous orchestras, he has recorded 17 albums.

This year has been a particularly productive one for Loew.

As well as the book, he recently released the album James Bond: The Essential Movie Themes, where he plays electric cello alongside guitarist David Cameron, with Pete Dacey the sound engineer .

In I am Cellist, Loew charts the ups and downs of his 50-year career, including his battles with PTSD, stress-induced vitiligo and bipolar disorder.

It offers time capsules from the life-shaping Holocaust experience of his mother's family to lives lived in colonial East Africa and boomtime '60s Australia, Europe and England.

He wrote most of the autobiography during the covid period not only to keep his mind active but to inspire others who may have also endured tough challenges.

"So many people battle these conditions, there's no shame in reaching out to others," he says.

Through it all, Loew has enjoyed tremendous success.

This includes his time with the London Symphony Orchestra under Andre Previn, where he worked in major venues and recording studios such as the Royal Albert Hall and Abbey Road.

He performed on soundtrack sessions for films including Star Wars, Flash Gordon, The Elephant Man and The Omen trilogy. Big names he has worked with include John Barry, John Williams and Henry Mancini.

Loew said he had "always been brave" in his career. For example, despite his early classical training, he was an early crossover performer, keen to expand the appeal of the cello.

Part of this meant challenging the way a classically trained performer appeared: "Photos of me in jeans and sneakers on the floor with a cello were kind of unheard of."

His first album in Australia, "was a kind of a mix".

"I wanted to get the cello out to wider audience, doing film tracks, show tracks and also classical. It was called Debut and it eventually went platinum. It's still selling today."

But the spectre of mental illness was never far away and Loew was eventually diagnosed with bipolar disorder.

After he moved back to Sydney in 2012, his depression became more debilitating. He was prescribed with lithium, which he said was a nightmare.

"There were days when I'd curl up on the sofa of my mother Betty's Sydney apartment unable to shower or eat properly, contemplating suicide," he writes.

Today, thanks to ongoing therapy and the right medication, he has his condition under control and is full of plans including a Bond show with his two friends.