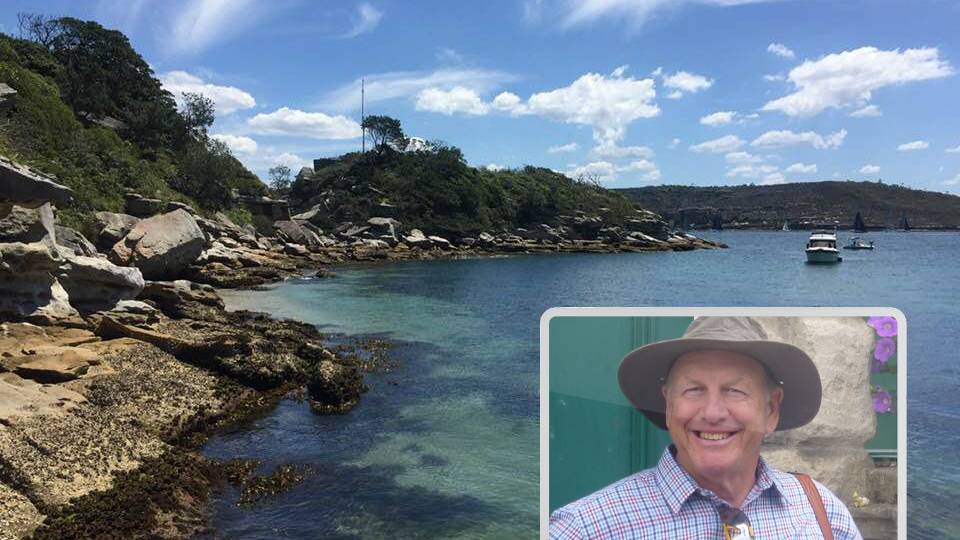 A man who grew up in Australia's quarantine stations say they should never have been closed down.

Dr Ian Lavering spent his childhood growing up in Australia's quarantine stations, and now believes it was a mistake to ever close them down.

Dr Lavering, who now lives at Mollymook on the South Coast of NSW, resided with his family in quarantine stations in Queensland, the Northern Territory and at Manly's North Head.

Dr Ian's father Herbert first became a quarantine officer in Queensland during the 1950s and got into quarantine because he could handle cattle.

At the time, mainly animals and plant material, with only the occasional person, were quarantined. 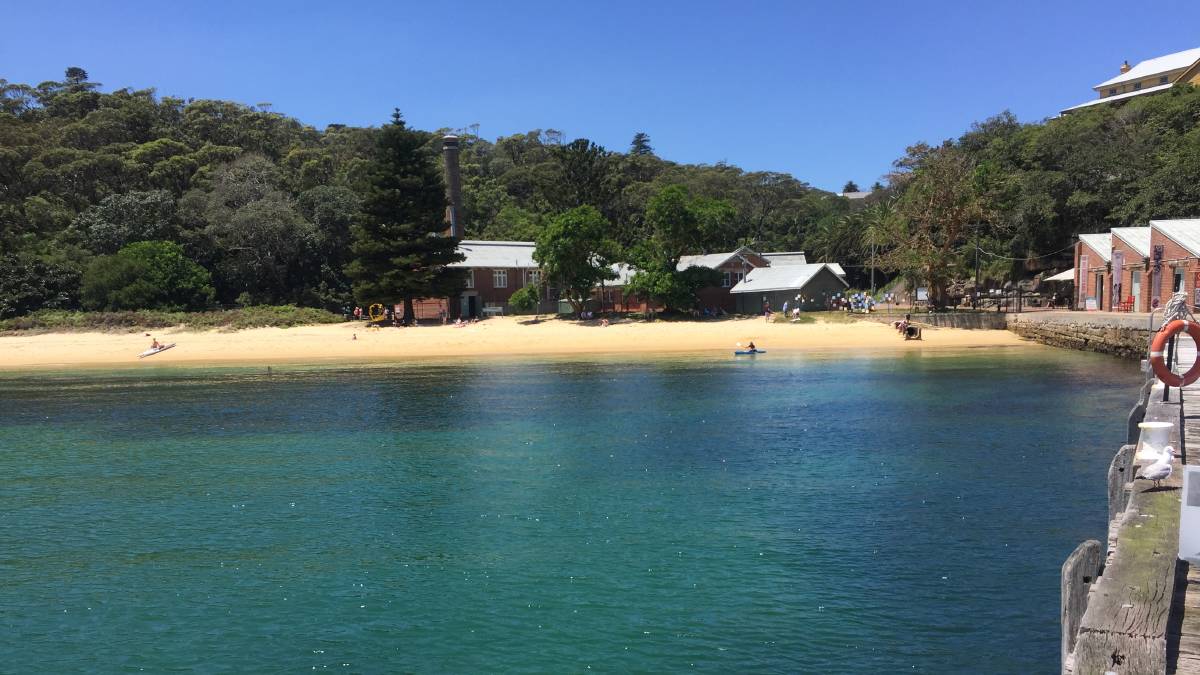 The family stayed in the Brisbane area until the late 1950s, moving to Darwin when Dr Lavering was six.

"That was pretty horrific because it was isolated and we were 15 miles out of town. We lived next door to a Commonwealth leprosarium, which treated Indigenous people who had leprosy," Dr Ian said.

"We were the first quarantine kids who lived on the station there," he added.

He has vivid memories of this early part of his childhood in the territory, where close to 200 people were being treated in the station for leprosy by the Commonwealth Medical Officers and some English nuns. 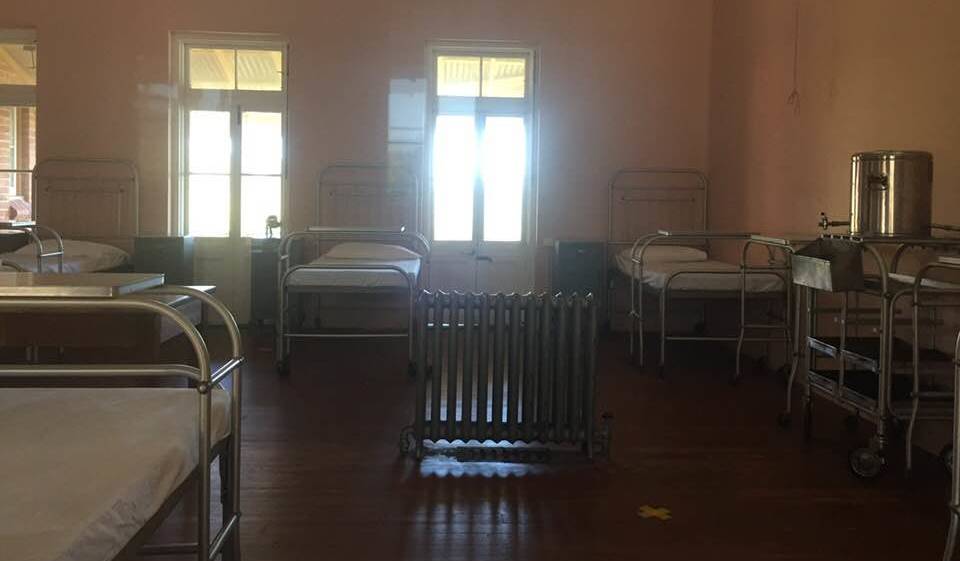 From 1963 to 1975, the family was at the North Head Manly quarantine station, where his father Herbert was the resident officer in charge.

Medical officers would only show up "from town" if a person was in quarantine.

"The only contagious disease we had there was cholera in 1972. People on a Qantas flight came back through Bahrain and they picked up some contaminated orange juice that had been put on the flight and they picked it up from that," Dr Lavering said.

He admitted some people had "an aversion" to him when they found out where he lived. His older brother Bryant, however, regarded living at the quarantine centre as a badge of honour. Ian was a little more introverted. 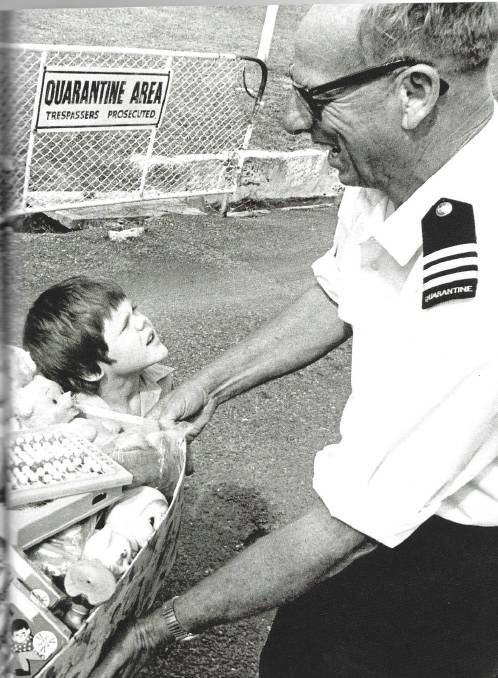 Herbert Lavering at Q Station gate in August 1975 , He was accepting donations of toys from local Manly children on behalf of the Vietnamese orphans who were housed at North Head prior to adoption. The picture was taken by the Manly Daily newspaper.

"I became very focused on studying as a way to escape the place," he said. "I wanted to live in a normal place and a normal house - eventually.

"There was a stigma attached to you," he said, "but I always found the heritage and history of the place was of far greater value than the stigma that was attached to it."

Dr Lavering also remembers how many of the Manly civic figures of the day wanted to have the station closed down.

"They thought it impacted on the appeal of coming in and out of Manly. They thought they were going to catch something like bubonic plague or smallpox which was quite possible in those days," Dr Ian said.

No other town, city, or region wanted to get a quarantine station.

What we can learn from the past

Dr Lavering said there is much we can learn from Q Station's history, particularly in the light of the present pandemic.

It was after the great plagues of the 1600s that people started using soap, having personal cutlery and plates and started separating the way people ate and slept, he said.

"Each epidemic brings with it different dangers like the delta strain and what we are dealing with now."

The soon to be 69-year-old said his father would have had strong words about the situation we face now with the lack of quarantine stations and the reliance on hotel quarantine. 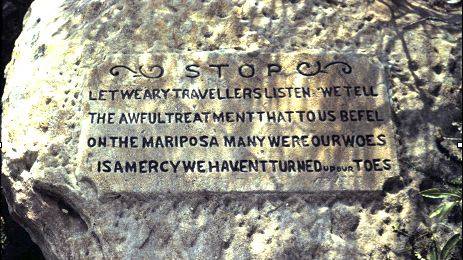 Among the many remnants of the past in the grounds of Q Station, is an inscription left by a quarantine inmate from the SS Mariposa which arrived at North Head from New Zealand during a smallpox epidemic in 1883.

Dr Lavering noted the significance of the SS Mariposa inscription from 1883, which he used as part of his lifelong motivation to complete study awards for seven separate degrees at four universities in Australia.

Walk among the gravestones

The gravestones at North Head record deaths from smallpox in the 1880s, bubonic plague to Spanish flu.

A second graveyard [1840s to 1850s] depicts hygiene-related diseases like typhoid caught by people with health problems on the ship as they came over from the UK.

"If the captain did not spend enough money and buy clean water you had a problem," Dr Ian explained.

In the context of today's COVID-19 pandemic, Dr Lavering said past federal governments going back to the Gorton and Whitlam eras "dropped the ball" when it came to quarantine stations like North Head.

"They said 'what do we need this for?' We can take that money and shut all these stations down all around Australia as we don't use them very much and we can reallocate the money into other exercises," he said.

From the 1930s onwards, the centre had a decrease in use because there was a decline in shipping traffic and an increase in vaccination rates.

The Hawke government went on to close the facility in North Head and handed it back to the Wran NSW government.

"Look I say we did drop the ball badly - in retrospect but that is common to all governments," he said.