Love them or hate them, chokos are making a comeback... at least in this NSW town. 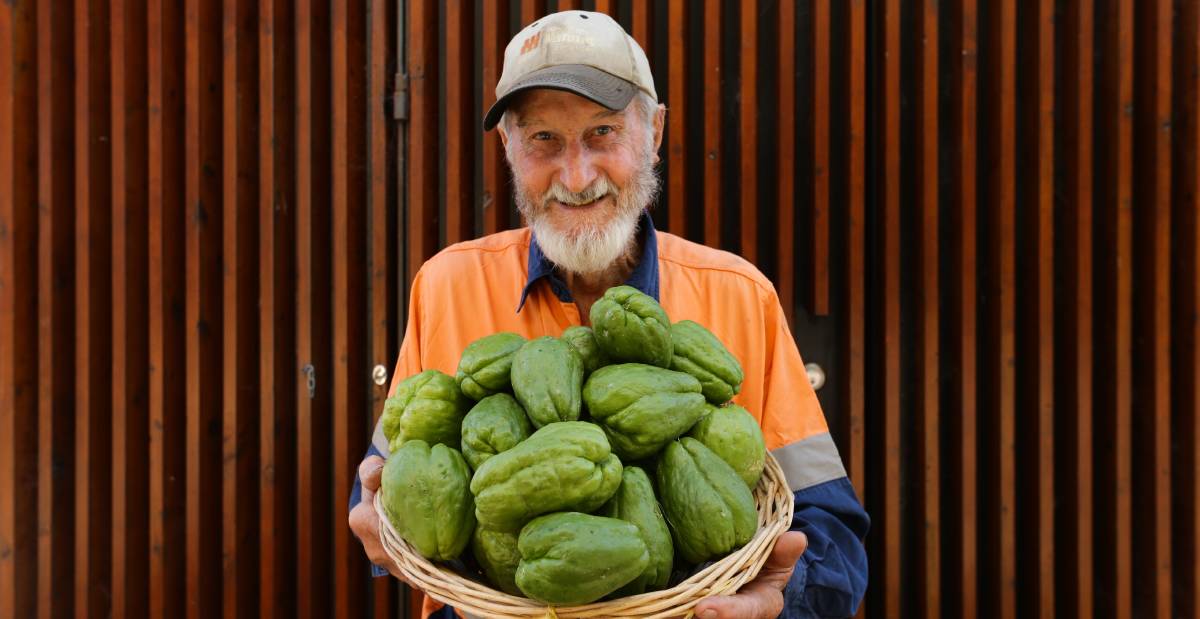 RUSH: Farmer Austin Breriner with some of his choko crop.

It's one of those vegetables you either love or hate.

And whether you call it the choko, like we do here in Australia, or chayote, mirliton, pipinola and gisquil - like they do in other parts of the globe - this central American vegetable is making a comeback on Maitland, NSW, dinner plates.

He remembers eating boiled choko on repeat when he was growing up and said it was quite bland. He says people must be doing something tastier with it these days.

So what can you do with a choko?

Well, it works well in a stir fry, can be baked with salt and pepper, fried with jam and bacon, and can even be turned into a soup.

That's right, four chokos, a leek, some chicken stock - and a few other ingredients - will make you a very nice choko soup.

"They've certainly come back into popularity; it's good people are wanting them," Austin said.

"They sold so quickly I couldn't believe it. People were after them and when I ran out they would come up and ask if I had any more."

They sold so quickly I couldn't believe it, people were after them and when I ran out they would come up and ask if I had any more. - Austin Breiner

The rush on eating choko has come at a good time.

There wasn't much action on the vines during the drought, but this year they have enjoyed ideal conditions with access to all the nutrients and water needed to take over everything... literally everything... in the backyard.

There have been strong crops across the city, and with chokos starting to shoot their own vines there has never been a better time to plant your own.

At the Breiner farm the vine came on quickly and produced a good crop. But once that happened and the crop was picked, that was it - no more grew.

"They've been a one-hit wonder this year," Austin said. "They came on and I picked them all and then the vine died back.

"Laurel [his wife] was asking me for them and I went out and looked and looked but there wasn't any more growing."

Do you have a favourite choko recipe, memories of eating them (good or bad) or any tales of choko vines gone mad? We'd love to hear from you. Email us - edit@thesenior.com.au