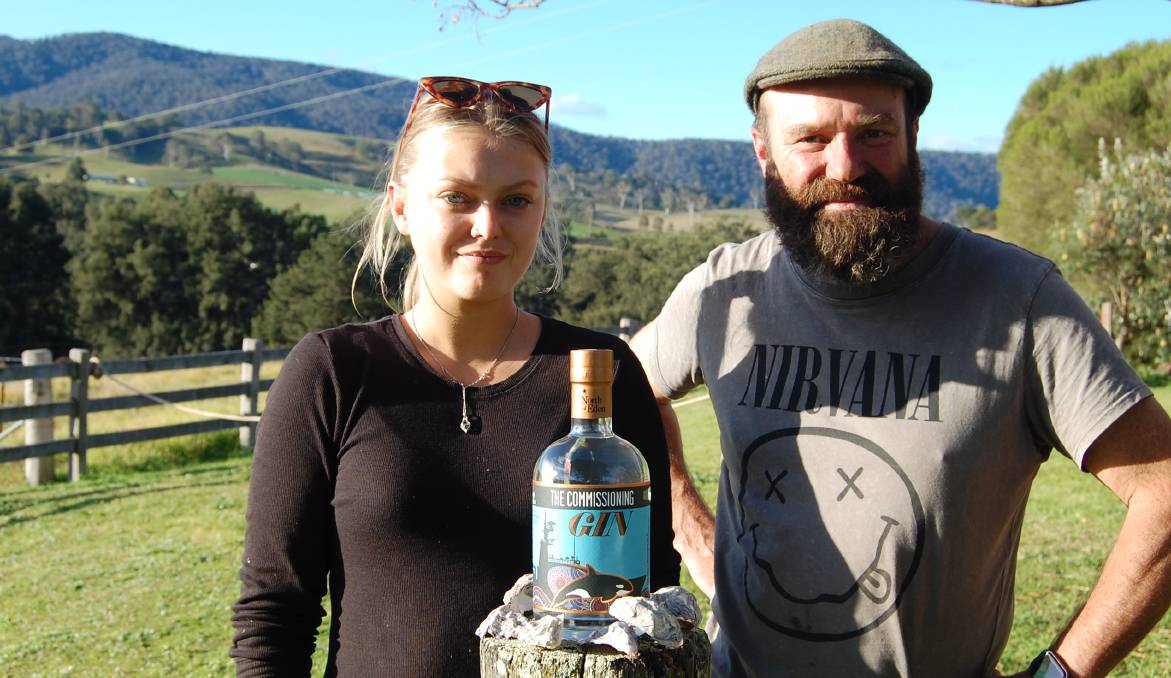 A handcrafted gin has been created to celebrate the coming into service of HMAS Supply and its links to the Port of Eden as its ceremonial homeport.

Operating commercially just outside Bega since January 2019, this is the first time distillers Gavin Hughes and partner Karen Touchie of multi-award winning micro-distillery North of Eden have made a tailored gin for a specific client.

"It was our absolute pleasure and honour to create a bespoke gin for the crew," Gavin said.

"We had just released the Admiral gin... the following day we received a call from a Lieutenant Commander of the ship asking us to make a bespoke gin for the commissioning and we thought he was pulling our leg."

"Post-bushfires, the crew were helping with bottling and labelling as well as gardening and painting, which was a great. They are beautiful people, it was an absolute pleasure to be involved with those guys," Gavin said.

"They helped us out on a couple of working bee days and loved it, they felt very much connected with the whole process."

HMAS Supply Captain Ben Hissink said knowing how much Eden and the whole shire were affected by the bushfires they wanted to do as much possible to show support for local business.

"The crew selected the bespoke oyster shell gin for our commissioning, inspired by the Sapphire Coast and NSW Oyster Coast Trail... thank you Gavin and Karen," Captain Hissink said.

A commissioning drink is a custom of the 19th century when there were many events that justified wine merchants making a vintage - new town halls, railway lines, factories and ships.

Traditionally, a bottle of port was produced with the label showing the ship and its commissioning date, however more recently this is in the form of a whisky, gin or any beverage.

"We incorporated some of the ship's artwork with a local designer to create the label. We couldn't be happier with the result," Gavin said. 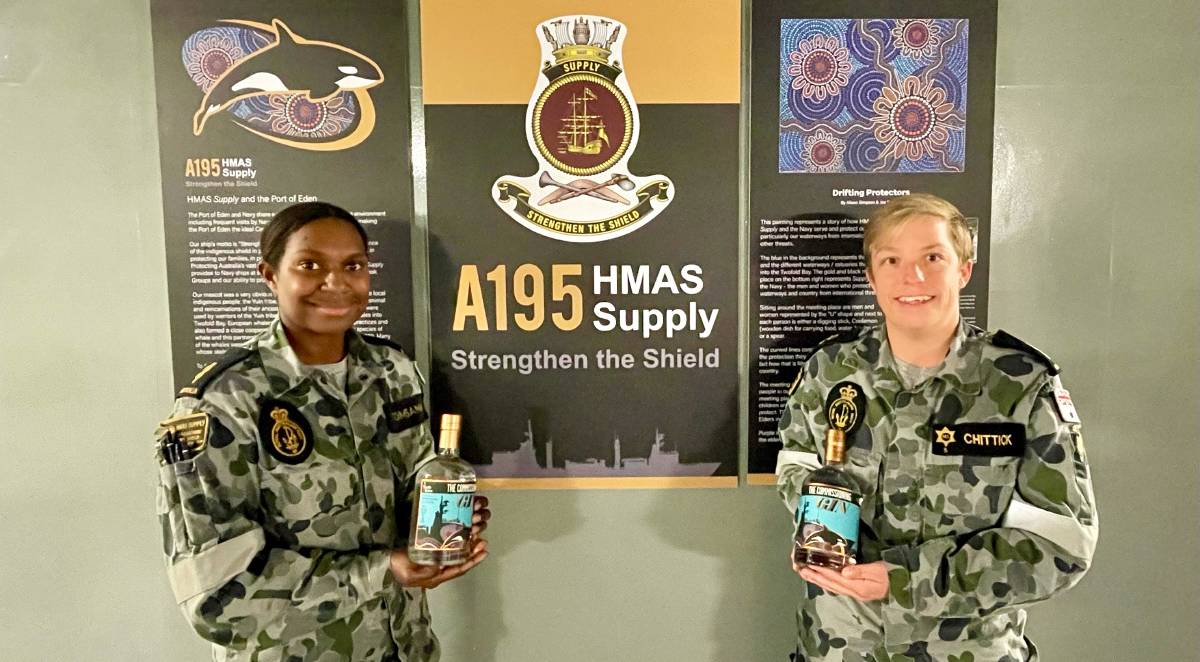 The tradition relates to the fact ships last about 35 years and a good vintage improves during that period, so in theory, a commissioning drink consumed at end of a ships life will be even better than at the beginning.

"This is the same outcome that we wish to occur for the ship and crew over 35 years service - to get better each day and to improve with age," Captain Ben Hissink said.

Gavin said the gin was standard strength, rather than navy strength, to keep the excise payments down and make it more accessible to the crew.

"They did a tasting on board and chose the oyster shell, it was a very democratic and awesome process," Gavin said.

The 833 bottles of The Commissioning Gin were crafted and sold to the ship's crew and their families.

When purchasing the gin, the crew also raised over $7000 for a number of charities, including Eden Whale Festival and the Sir David Martin Foundation for troubled youth in the Illawarra.

"We were really happy to have been associated with all that too. They have really got a very generous spirit," Gavin said.

Currently only available to the crew and their families, the bespoke gin has just won a bronze medal at the International Wine and Spirits Competition in London, joining the other three award-winning varieties crafted by North of Eden distillery.

North of Eden are looking forward to releasing the gin under their own label later this year. 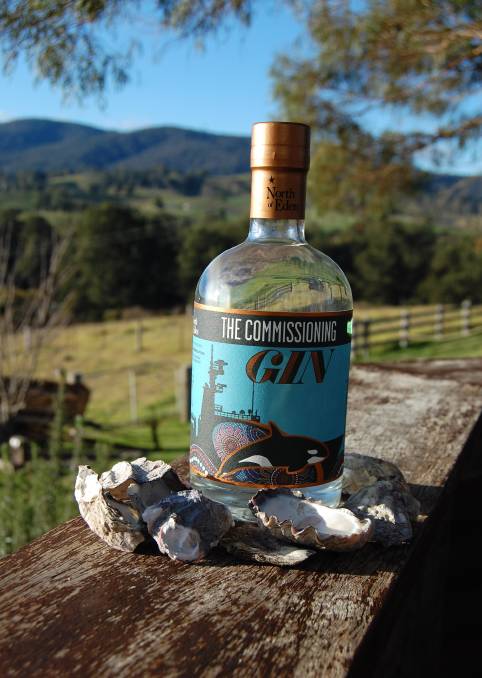 Captain Hissink said the HMAS Supply crew want to encapsulate the whole of the Bega Valley Shire and showcase produce from the region by means of promotion when travelling overseas.

"The crew joined the services to serve the community, they feel proud knowing their contribution is valued," he said.

"The community have so warmly welcomed us and the connection actually builds our resilience and helps us get through each day and year. The crew are so excited to be a part of the community and are constantly asking when they are coming back to help out."

HMAS Supply is currently alongside Sydney and will soon be at sea for seven weeks. Captain Hissink said they are hoping to be able to visit Eden again in November.