Once you were greeted with a good scrubbing down. These days it's a little more genteel. 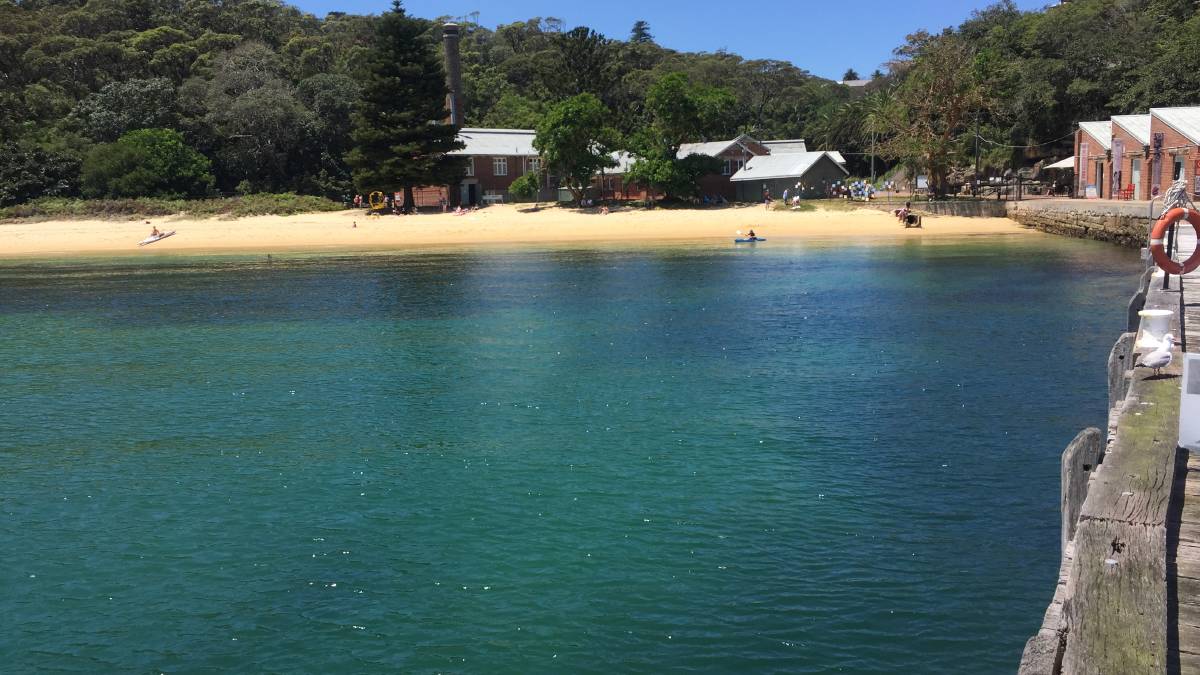 Upon arrival in earlier times at Q Station on Manly's North Head, your welcome would likely have involved a good scrubbing down with carbolic acid.

These days Accor runs the historic property as a hotel complex and guests are escorted to their quarters in a more genteel fashion; by shuttle bus.

From its establishment in 1835 until 1984, Sydney's Quarantine Station housed victims of multiple pandemics, natural disasters and other misadventures of history. 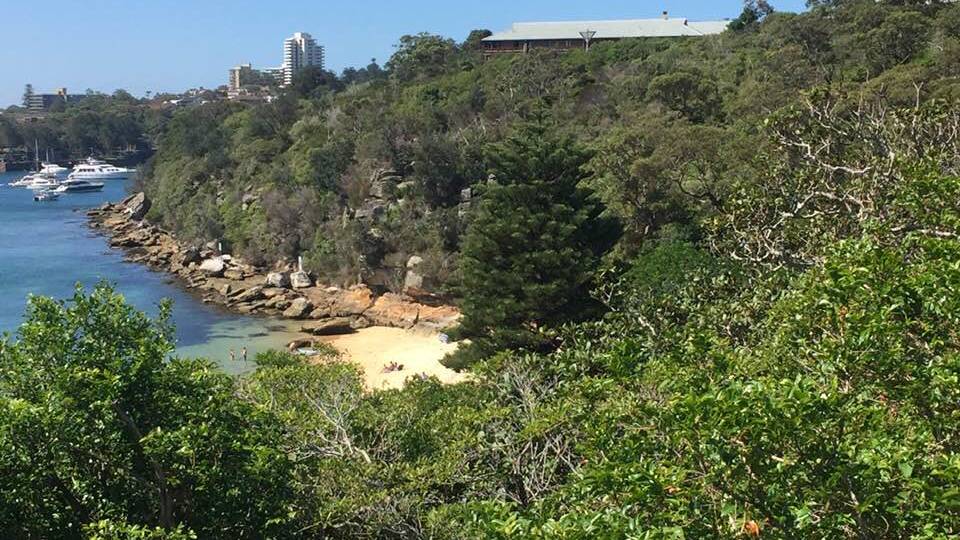 Today the beautifully preserved quarantine buildings are still in their place, dotted through the Sydney Harbour National Park site; accommodation wings, isolation quarters, the "healthy grounds" and the former hospital perched on the picturesque headland.

It was likely from this vantage point that a lookout would once have spotted the plague ships as they rounded Sydney's heads, flying the dreaded flag of sickness, the yellow jack. 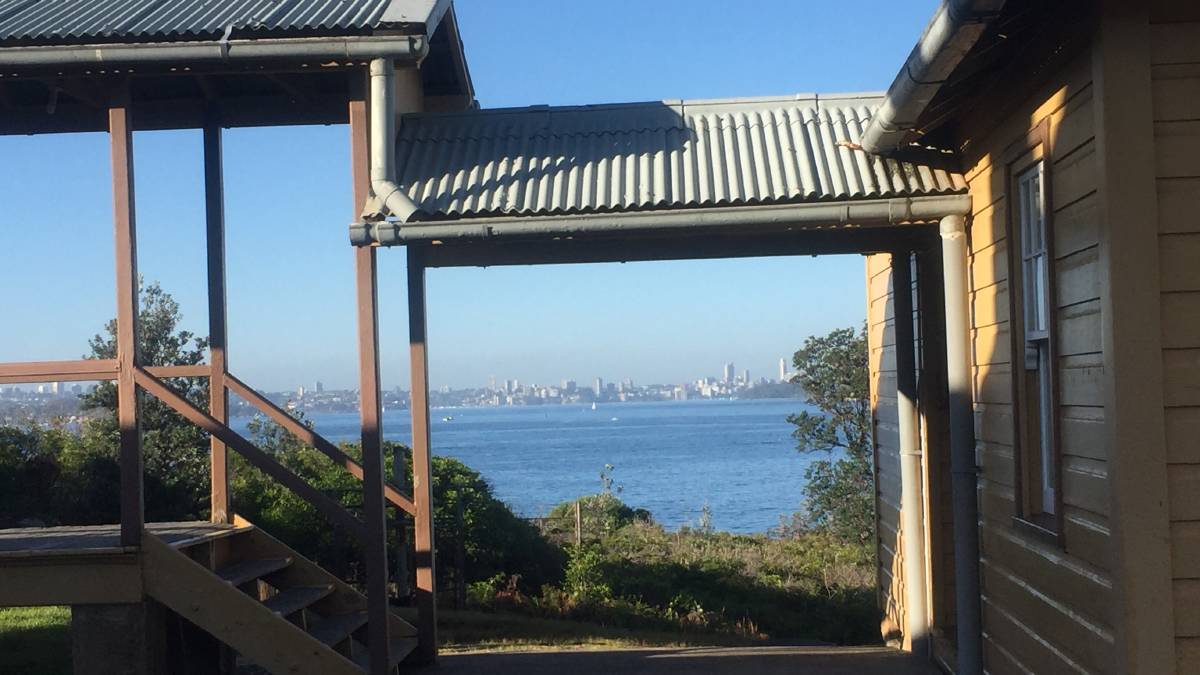 Because it's been around so long, the history of Q station is not a single story. Over the decades the station has taken in victims of smallpox, typhus, scarlet fever, measles and the bubonic plague. This was the early equivalent of today's hotel quarantine, and just as beset with controversy.

Many "guests" had come on the long sea voyage to Australia on the promise of a better life, only to have disease rage through their filthy and cramped cabins. Bodies were routinely thrown overboard and large families arrived with their numbers decimated.

Q Station was also a refuge for WW1 soldiers returning from the battlefields of France with venereal disease and tuberculosis, and by the end of the war, it was the city's major defence against the dreaded Spanish Flu. 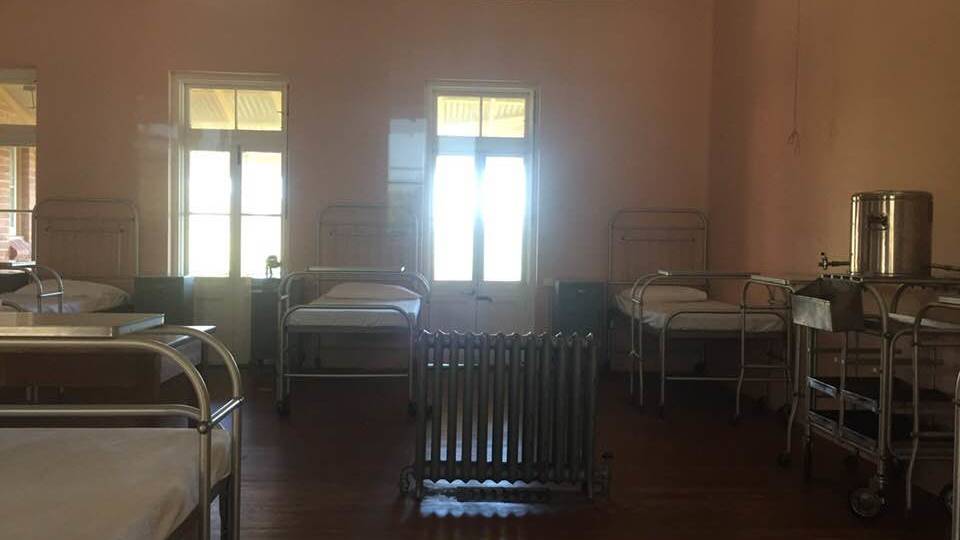 For those who endured the heartache and sorrow wrought by these plagues, the beauty of North Head may have been some consolation.

This was an area of abundance for the original Gayamagal people, who were renowned for their skills in medicine and healing.

Some of Australia's earliest interactions between first fleeters and the traditional owners occurred on these northern shores of Sydney Harbour, including one episode where Governor Phillip was treated to a spear in the shoulder while attending a whale feast at Manly Cove.

The golden sands and calm waters of Quarantine Bay belie the desperation that must have been felt by the sick and dying passengers arriving here into quarantine. 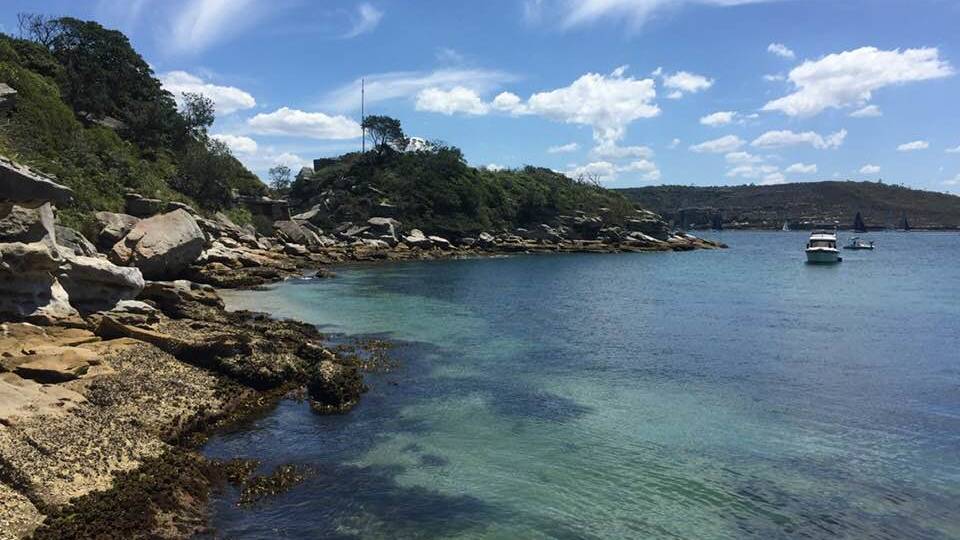 But evidence of the sorry history is never far away. The sandstone cut near the wharf is engraved with the markings of passengers, recording the date, which ship they came on, and expressing the desolation they experienced.

One example carved neatly on a stone in the bush behind our rooms read; "On the Mariposa many were our woes, it's a wonder we haven't turned up our toes".

Today, hotel guests and day visitors can walk through the sanitation buildings where passengers' lice ridden luggage was fumigated before being transported up to the accommodation via funicular, the remnants of which have been converted into a staircase. 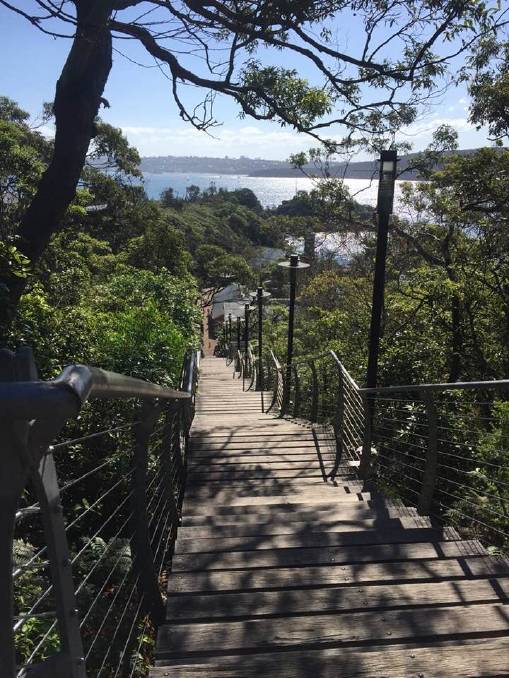 The cemeteries remain, where 600 souls are buried, including 27-year-old Gunnedah nurse Annie Egan who died from Spanish Flu in 1918 while nursing returned soldiers.

It was Annie who fought for Catholic priests to be able to attend the quarantine station to administer the last rites to the dying, a battle that was won only after her death. 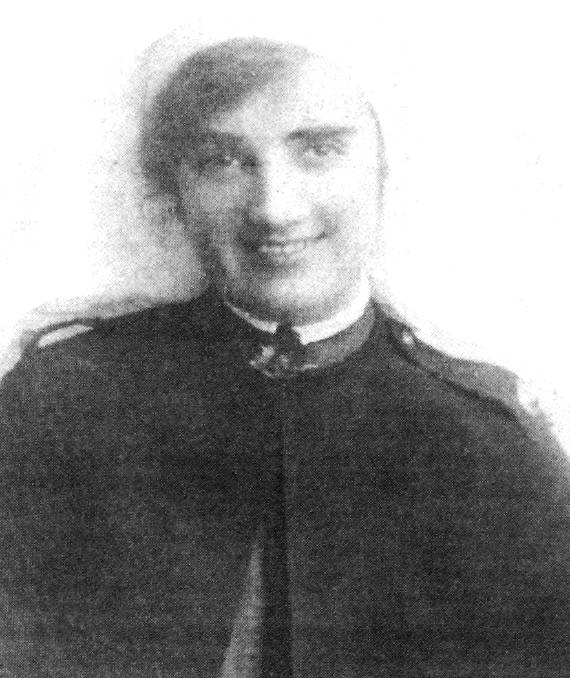 The modern history of Q Station is slightly less grim. During the 1970s it was used to accommodate Vietnamese orphans, and was a temporary home for women and children evacuated from Darwin after Cyclone Tracy.

Visiting Q Station in the times we now find ourselves in offer much to learn from a place where the layers of history are as deep and complex as the Sydney sandstone country on which it stands. 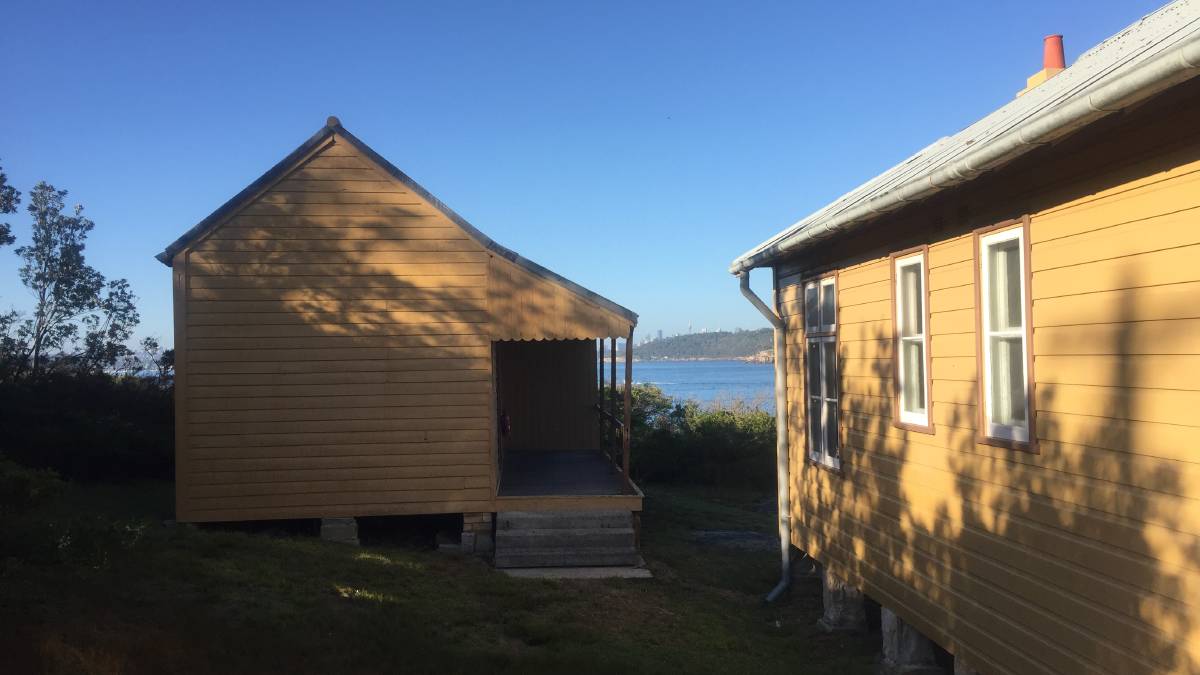 For our family group of 12 there was plenty to amuse young and old at Q Station, and this was without taking any of the available history walks or ghost tours.

At sunrise or sunset it is pleasant to wander the grounds taking in the history as sailing boats and Freshwater ferries drift back and forth on sparkling waters.

There are also bushwalks in the surrounding national park and the beach offers a sheltered spot for a swim or a picnic.

At the pretty jetty area there is a cafe and a museum.

The accommodation buildings have been restored in keeping with the times. The rooms feature sash windows and ceiling fans in place of air conditioning, and share long breezy verandas from which to take in the views.

We stayed in deluxe queen suites in the former first class precinct, but there are different options available, including the refurbished cottages once used to house the staff.

The hierarchy of accommodation choices mirror those of earlier times when first class passengers arriving by boat were housed in first class quarantine quarters and so on down through the social strata.

The Boilerhouse Kitchen and Bar serves lunch and dinner and we discovered the staff at reception will also bring Uber eats down in the shuttle bus.

The restaurant comes into its own at breakfast time, (an extra at $30 per person), where we dined together al fresco on a long table. Due to COVID restrictions the usual buffet was replaced by table service of generous platters of fresh fruit, pastries, bacon and perfectly poached eggs, barista coffee for the grown ups and waffles and ice cream for the children.

If you like history, peace and quiet and stunning scenery, Q Station fits the bill either for a mini-break or a day visit from Sydney.

I like to think I witnessed my own bit of history when I exchanged a smile with local resident and author Tom Keneally, who was walking along the headland, perhaps formulating some ideas for his next book.