The King of Waltz is back! The biggest music cinema event returns as world renowned violinist Andre Rieu brings Together Again exclusively to cinemas all over... 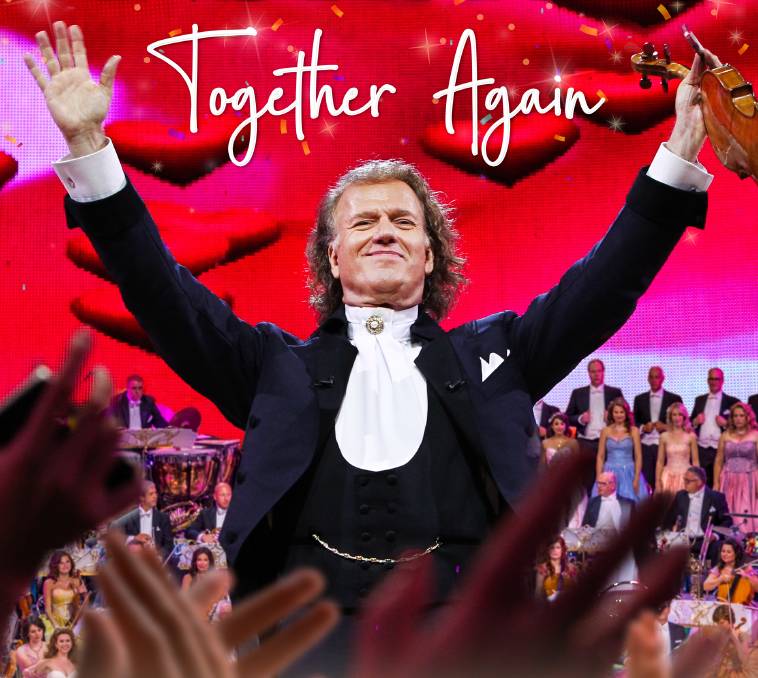 The King of Waltz is back! The biggest music cinema event returns as world renowned violinist Andre Rieu brings Together Again exclusively to cinemas all over Australia in September.

The all-new spectacular, which waltzes into cinemas on September 11 and 12, features some of the maestro's finest performances with his Johann Strauss Orchestra - in Australia, Mexico, Romania, Germany, Austria, Brazil, the US and more.

Together Again features some of classical music's most recognisable songs, including Habanera and Manha De Carnaval live from Sao Paulo, The Rose recorded from Mainau in Germany, The Lonely Shepherd filmed in Bucharest, and a breathtaking universal compilation of the Blue Danube, encompassing different recordings from a selection of concerts throughout Rieu's 40-year career.

In a candid interview with his youngest son Pierre, he reflects on the last year, his memories of performing around the world, and on looking forward to bringing new concerts to his fans.

"My orchestra and I cannot wait to perform for you live on stage again and see you smiling, kissing, singing and dancing in front of us, happy and carefree. And very soon this will be possible!" Rieu said.