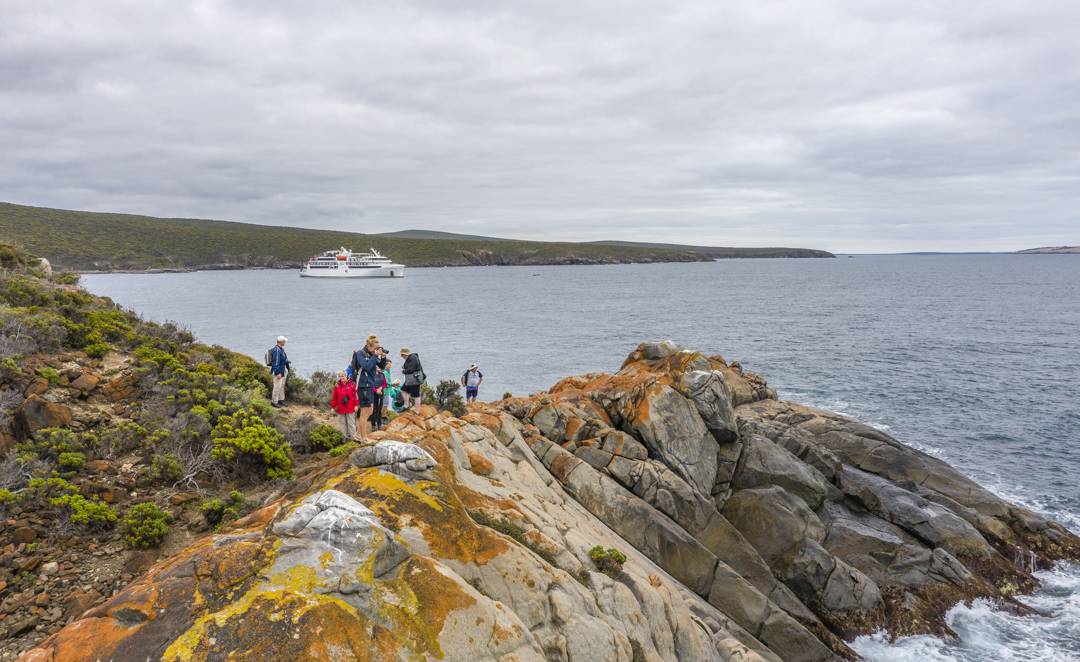 SHORE THINGS: Land excursions at remote locations like Memory Cove near Port Lincoln are among the great pleasures of this cruise. Photo: Isaac Forman

WHEN the brand new Coral Adventurer pulled away from the wharf at Adelaide's Outer Harbour recently, few aboard were aware of the historic journey they were about to undertake.

Coral Adventurer, launched in 2019, was embarking on a 10-day round trip from Adelaide and with me for the voyage was my 89-year-old mother, Louise, herself a seasoned cruiser with thousands of sea miles in her logbook.

She is recalling a cruise she took with a group that included a chap who'd later become her husband... and my dad. They sailed for six days visiting ports around the Yorke and Eyre peninsulas including Port Lincoln, Port Pirie, Port Augusta, Whyalla and Kingscote.

Run by the now-defunct Adelaide Steamship Company, the cruises were a fixture for SA holidaymakers. The last mixed cargo and passenger run sailed in 1955 on the 1931-built MV Moonta which, amazingly, still exists, albeit as a dry-docked casino in France.

As far as shore excursions go, Mum's recollections are a bit hazy, but she does recall most passengers making a beeline for the nearest pub and a tour of the Port Pirie steelworks. 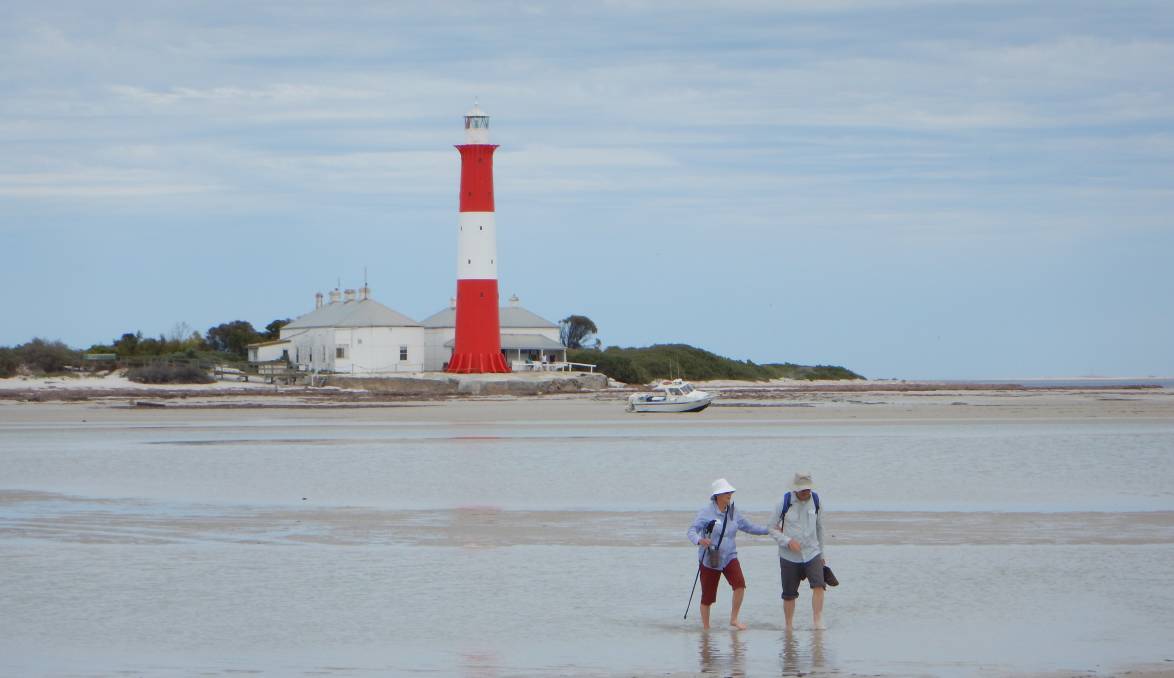 GET YOUR FEET WET: Passengers wade in the cool shallows in front of the old Troubridge Island lighthouse, first lit in 1856. Photo: Roderick Eime

In contrast, while Coral Expeditions' Wild Islands & Walks of SA itinerary does visit a few coastal towns, namely Tumby Bay and Coffin Bay, we're mostly ashore at remote beaches and solitary islands, some of them home to lonely lighthouses.

We go ashore at Troubridge Island, where a lighthouse was built in 1856 and operates to this day, although it was automated in 2002. Today it's a retreat for birders and those seeking blissful solitude.

Instead of a pub crawl or a smelter tour, our experience at these locations is more discovery and enrichment. Our guides, Quentin Chester and partner Dale Arnott, fairly inundate us with stories, tales and historical anecdotes from these isolated spots. We learn about endangered species of birds, reptiles and mammals, as well as the arduous conditions faced by the early settlers.

There's the wild abalone farmers on (the other) Flinders Island, the rare endemic and incredibly cute rock wallabies on Pearson Island, the abandoned horse stud on Reevesby Island and the once top-secret WWII radar base on Wedge Island.

If you look at the measurements alone, our ship is not that different from the trusty old Moonta that first sailed here 90 years ago. 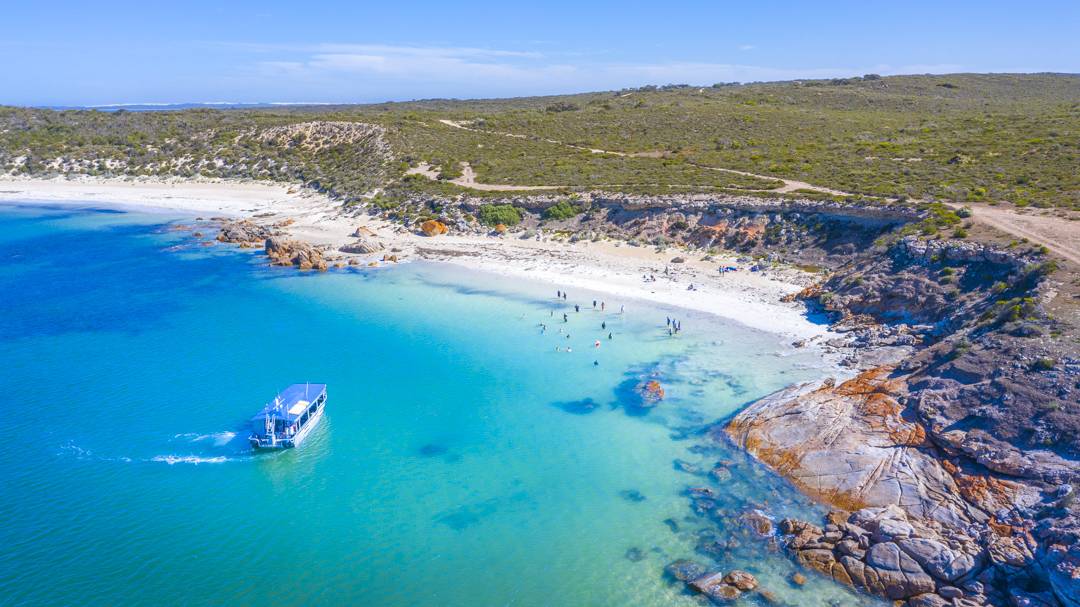 A comfortable tender vessel delivers passengers from the Coral Adventurer to idyllic beaches to swim or paddle. Photo Isaac Forman.

Coral Adventurer is 93 metres and carries 100 passengers compared to Moonta at 91 metres and 150 passengers. While ships as large as Cunard's QM2 have sailed these waters, it's clear that 100 metres (give or take) is an ideal size for both berthings at regular ports like Port Lincoln, Wallaroo and Outer Harbor. It also allows close-in sailing to locations like Antechamber Bay on Kangaroo Island, Memory Cove near Port Lincoln and any of the almost 350 islands dotted around SA's 5000 kilometres of coastline.

I believe small ships like this one will lead our cruise recovery. Smaller footprint, fewer passengers and exciting itineraries all combine to make small ships ideally poised to fill the cruise void. Just ask Matthew Flinders.

Coral Expeditions is offering two 10-night SA sailings in November and December. Both are Adelaide to Adelaide, with fares beginning at $6390 per person twin share, including all meals and excursions.

There is also an opportunity to cross the Great Australian Bight from Fremantle to Adelaide onboard Coral Geographer. The 13-night voyage in November will visit hard-to-reach islands and national parks along the south coast and is priced from $8290 per person twin share.