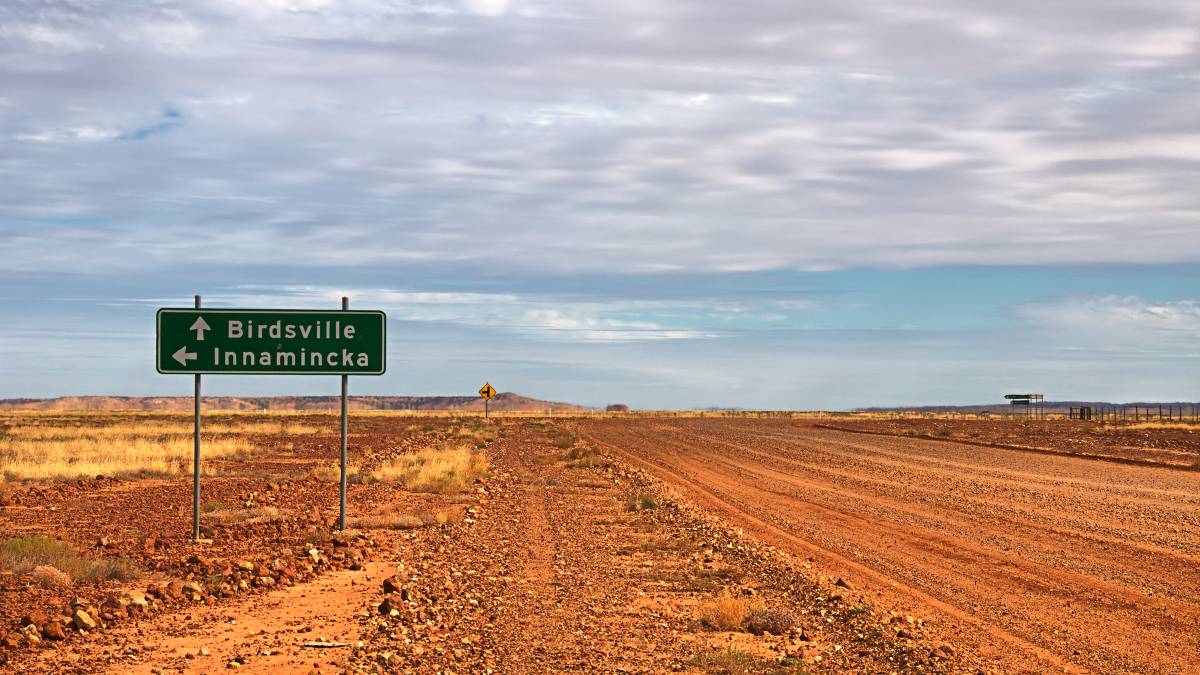 Longreach to Alice Springs or vice-versa, we'll show you the very best of the great Australian Outback.

READY to take in the best of the Australian Outback but not keen to go it alone? Then come along with us.

The Senior has partnered with Travelrite International for not one, but three, Outback Australia tours next year.

The tour begins in the Queensland town of Longreach, home to the Qantas Founders Museum and The Australian Stockman's Hall of Fame.

Travellers will have a day to explore the two sites before heading to Winton for a guided tour of the Lark Quarry Dinosaur Trackways, where we'll see fossilised footprints from a dinosaur stampede 95 million years ago, and then heading to the Australian Age of Dinosaurs display.

The fun continues after dinner with an old-time movie night at Winton's Royal Theatre, one of the few remaining open-air picture theatres still operating in Australia.

Next day, there's time to take in the Waltzing Matilda Centre before setting our sights on Mt Isa. On the way we'll see Combo Waterhole, which some say provided the inspiration for Banjo Paterson's Waltzing Matilda.

You can quench your thirst at the Blue Heeler Hotel in Kynuna and again at the Walkabout Creek Hotel before travelling through the ochre-red Selwyn Ranges and arriving at "The Isa", outback Queensland's largest town built around a vast silver, copper, zinc and lead mine.

Birdsville is the next stop, with a sightseeing tour before travelling to (and climbing if you want) Big Red, a huge sand dune at the edge of the Simpson Desert.

Travelling south-west it's off to Innamincka on Cooper Creek, close to where the ill-fated Burke and Wills expedition of 1860-61 came to its tragic end. We'll visit Burke's grave, the beautiful Cullyamurra Waterhole, and the Dig Tree where, on April 22, 1861, Burke, Wills and King probably realised they were doomed.

Further south, the tour stops in Tibooburra in the Corner Country of far western NSW. Along the way we visit Cameron Corner, where the borders of NSW, Queensland and South Australia meet, and also see the Dingo Fence.

Broken Hill and its many attractions are next on the itinerary, with visits to White's Mineral and Mining Museum, the Broken Hill Sculptures and Living Desert Sanctuary, the Pro Hart Gallery and museum, and the famed Silverton Hotel, which has featured in countless movies and commercials - think Razorback and Priscilla, Queen of the Desert.

Crossing the SA border, it's off to Port Augusta at the top of the Spencer Gulf. It's widely known as the starting point for people travelling the Nullarbor Plain, the Flinders Ranges and heading north to Central Australia and the Northern Territory.

If gems, in particular opals, are a favourite, you'll love the time spent in Coober Pedy. You can stock up on the precious stones after visiting the Old Timers Mine and the Umoona Mine & Museum.

It's then off along the Stuart Highway to Alice Springs, nestled in a valley in the MacDonnell Ranges on the banks of the often-dry Todd River.

Before the tour draws to an end, you'll enjoy a sightseeing tour that will take in Anzac Hill, the Old Telegraph Station Reserve, West MacDonnell National Park, the Flying Doctor's Memorial, Standley Chasm and the Hermannsburg Historic Precinct where artist Albert Namatjira was born and raised.