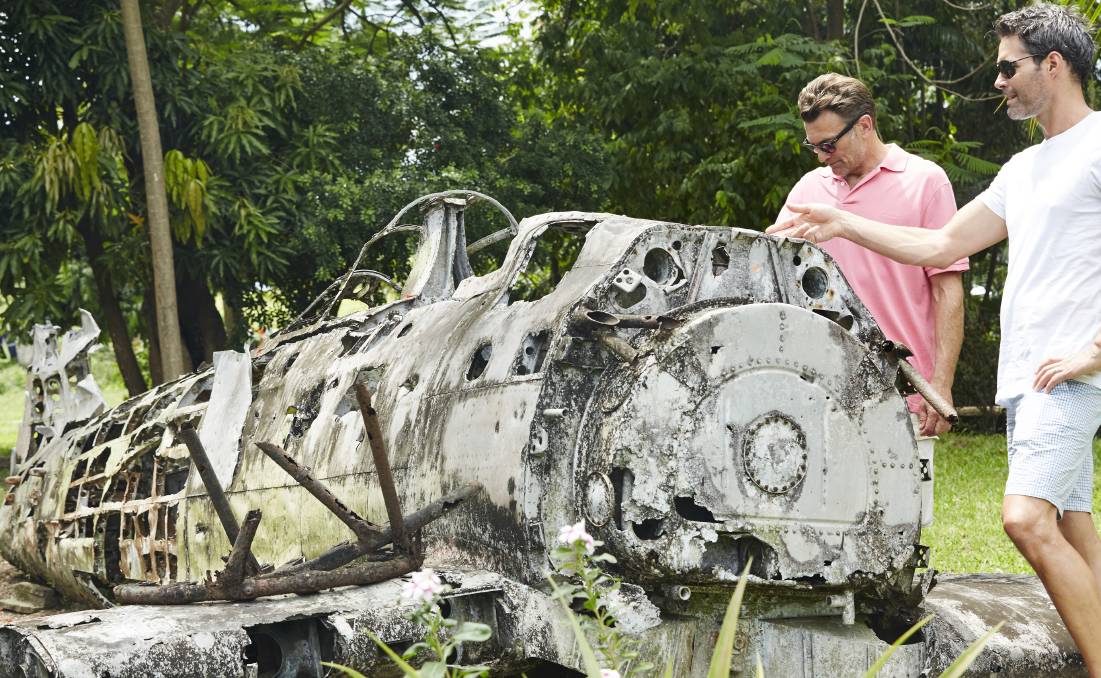 RUST IN PEACE: Expert guide Peter Spring (right) gives the rundown on a wartime aircraft at Rabaul, one of many military relics at the museum there.

Peter Spring will lead a cruise aboard Coral Princess to visit important WWII sites in the Pacific.

Led by experienced guide Peter Spring, the cruise will visit places that played a huge role in the Allied campaign in Papua New Guinea, all in comfort aboard a vessel with every amenity you could hope for.

Milne Bay: Where Australians repelled the first Japanese landing on August 25, 1942, after which the backwater was turned into a large Allied base. Airfields were expanded and miles of roads constructed, as were a destroyer repair base and a torpedo and patrol boat base.

Trobriand Islands: The main island, Kiriwina, was hope to an important airstrip for US and Australian aircraft. Anchorage is made at Kitava, 30km to the east.

Rabaul:Japanese invaded the town in January 1942 and quickly overran the Australian defenders. Among the places to be visited is the memorial at Bita Paka cemetery honouring the 1000 prisoners who died when the Montevideo Maru was sunk by a US submarine.

Travellers will also see the graves of the first Australians killed in WWI, members of a small group that attacked a German radio station. There will be a visit to the military museum near the cemetery, plus Japanese-built tunnels.

Conflict islands: This is a beautiful large atoll - take snorkels and goggles. During the war, troops cut a swathe through Panasesa's coconut palms to create a grass airstrip.