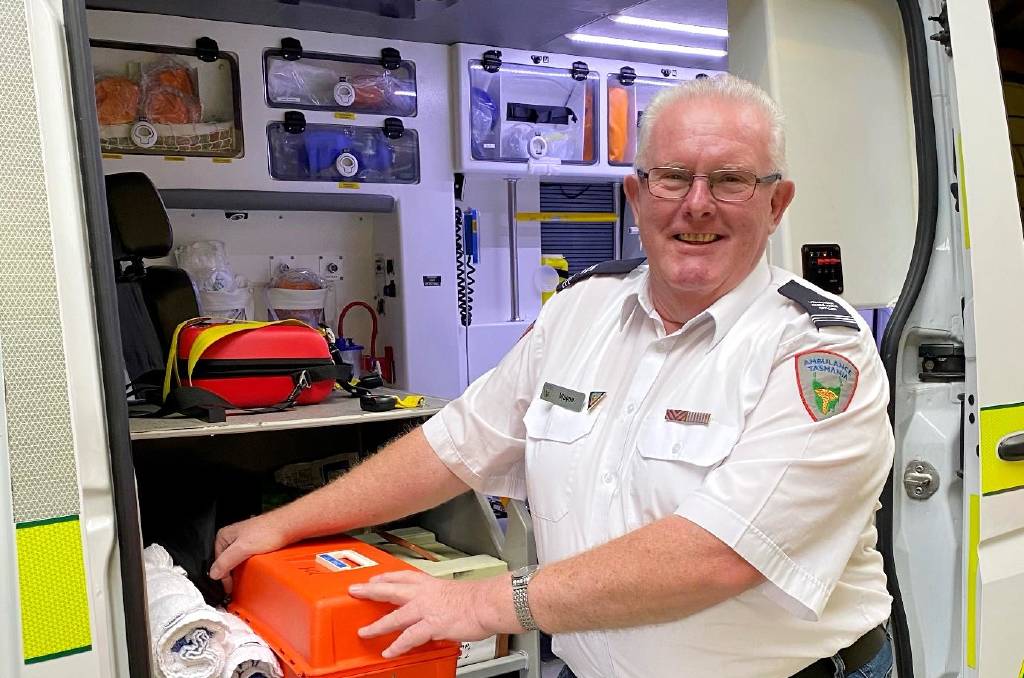 LIFE SAVER: Award winner and community hero Wayne Doran has been a volunteer ambulance officer in Tasmania for nearly 30 years.

In almost 30 years as a volunteer ambulance officer Wayne Doran has attended a vast array of emergency incidents and helped save many lives.

In almost 30 years as a volunteer ambulance officer Wayne Doran has attended a vast array of emergency incidents and helped save many lives.

There were times when this dedicated volunteer wouldn't get home from a volunteer "job" until the early hours of the morning, only to be up again a few hours later to drive to work.

And it's this inspirational community spirit, as well as his contribution to providing strong advocacy for volunteer ambulance officers, that saw Wayne awarded the Emergency Services Volunteer Award, sponsored by Lifeline Tasmania, in the 2021 Tasmanian Volunteer Awards.

Wayne has been a volunteer ambulance officer for Ambulance Tasmania since 1993. He serves his local community at Bothwell and is regularly on call to respond to incidents.

He is also the volunteer co-ordinator at the Bothwell station and in 1996 was part of a group instrumental in forming the Volunteer Ambulance Officers Association of Tasmania. He has served on its board for the past 25 years.

Wayne has attended just about every kind of medical emergency you could think of, from traffic and bush accidents to heart attacks and child birth.

Being in a remote area, he regularly provides patient care for extended until paramedic crews arrive.

He is renowned for his kindness and reassuring nature, which underpins his skills when helping patients.

However, a less welcome change is the dramatic reduction in the number of Tasmanians putting their hands up to join this important group.

When Wayne joined in 1993 there were 15 or 16 volunteers at Bothwell. Now there are only four - a result of people leaving remote areas and how busy modern life is.

While he admits he doesn't volunteer for awards and fame or fortune, and he firmly believes there are many people more worthy of an award than he is, he hopes the recognition will encourage more people to join this vital life-saving service.

When he's not "on duty", Wayne can often be found at the Bothwell Historical Society where he is the collections officer, receiving and cataloguing historical items and helping people with family research.