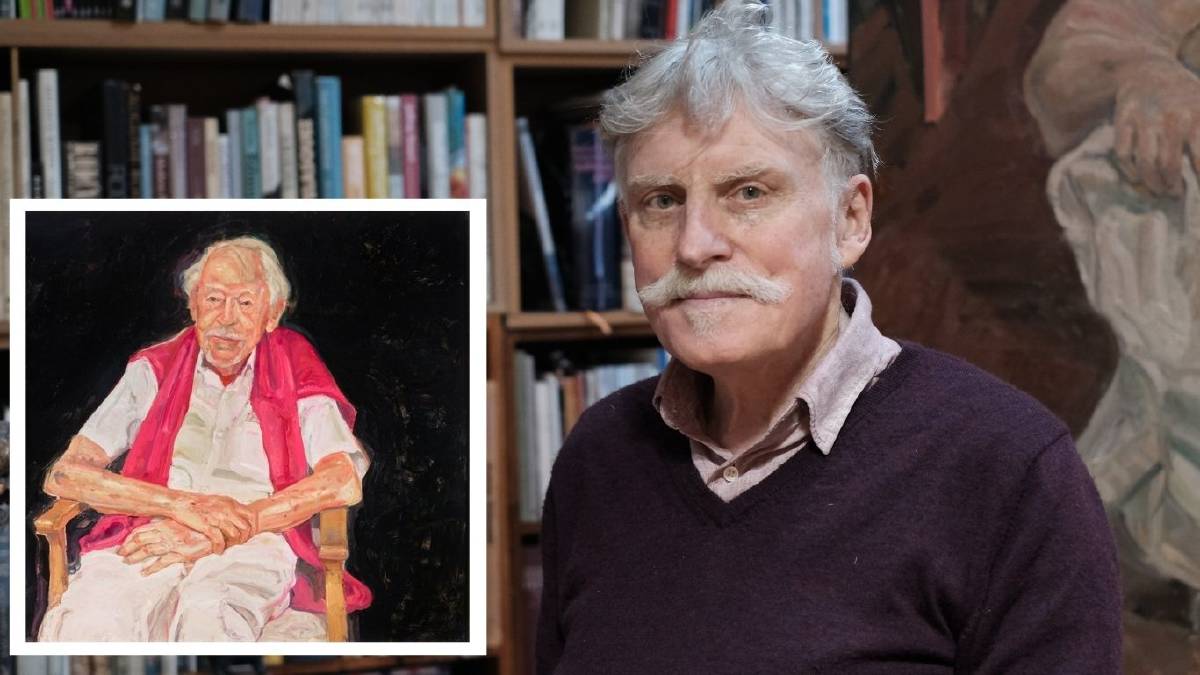 WHEN Melbourne artist Peter Wegner learnt his portrait of centenarian artist Guy Warren had won this year's Archibald Prize, he was speechless. "This is an u...

WHEN Melbourne artist Peter Wegner learnt his portrait of centenarian artist Guy Warren had won this year's Archibald Prize, he was speechless.

"This is an unbelievable moment in my life. It's the culmination of years of my time in the studio and validation of my work," he said.

A six-time Archibald Prize finalist, Peter described entering his painting of Guy at the same time Australia's oldest and most-loved portrait award was marking its 100-year anniversary as a coincidence.

"When I think about the canon of all the previous winners and I get to be one of those names, especially in the 100th year, it is just an extraordinary feeling. I am humbled.

"Guy Warren turned 100 in April - he was born the same year the Archibald Prize was first awarded in 1921. This is not why I painted Guy, but the coincidence is nicely timed.

"I chose to paint Guy because he is one of the most incredible centenarians l have ever met."

The portrait is part of a larger series of work focusing on amazing centenarians. Peter started the series after sketching his aunty Rita after she turned 100 several years ago. Since then, he has drawn more than 90 centenarians.

"Aunty Rita lived to 104," he told The Senior. "She had never been in hospital until two years before she died.

"I thought there must be a lot of others over 100 living independent, purposeful lives."

When he draws a subject, Peter sits and chats to them about their lives and makes notes about their conversations at the bottom of his work.

"You find out details about them and their lives. You learn about the time they were on the farm, or how they never went to school.

His most memorable portrait was with Hilda, a 106-year-old woman from Mildura, who said she didn't know where the last 100 years had gone.

"No one can believe they're 100 because time moves so quickly."

Peter, who welcomed his first grandson last year, now gauges time through the lives of his children. "We're here for a short time. People love us, and we love them."

He plans to continue his series and hopes to draw more than 100 centenarians, including Australia's oldest living man Dexter Kruger, 111. "It's a lovely project to find out about people's lives and I'm interested in the human condition."

If there was one artist he'd love to meet and paint, it would be Van Gogh. "I'd like to encourage him and say to him 'Wow, these are fantastic paintings!'"