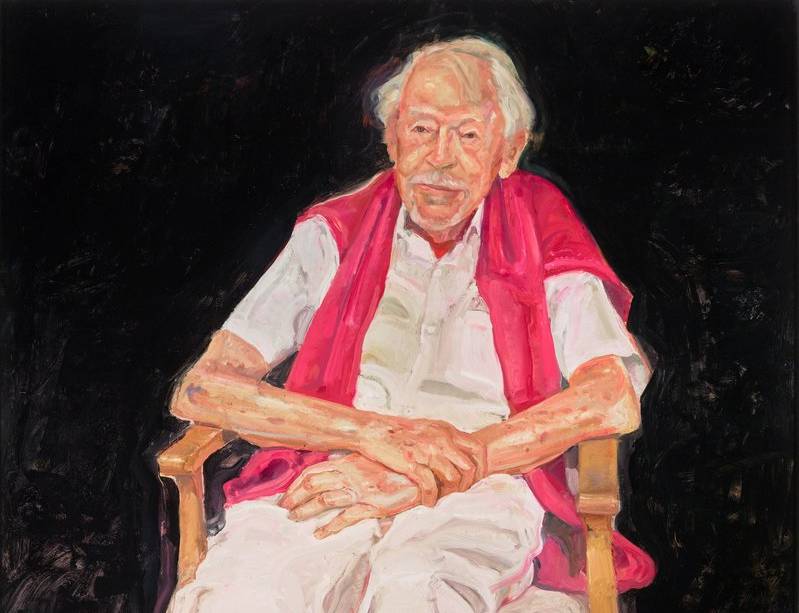 Melbourne-based artist Peter Wegner has won the 2021 Archibald Prize and $100,000 for his portrait of artist Guy Warren AM, titled Portrait of Guy Warren at 100.

Speaking from Melbourne, Peter was emotional when Art Gallery of NSW director Michael Brand delivered the news that his 'brilliant portrait' of Guy Warren was the winner of the 2021 Archibald Prize.

"When Michael called, my wife burst into tears, and I was speechless. This is an unbelievable moment in my life. It's the culmination of years of my time in the studio and validation of my work," he said.

"When I think about the canon of all the previous winners and I get to be one of those names, especially in the 100th year, it is just an extraordinary feeling. I am humbled.

"Guy Warren turned 100 in April - he was born the same year the Archibald Prize was first awarded in 1921. This is not why I painted Guy, but the coincidence is nicely timed," Peter said.

Peter has been working on a series of drawings of people who have turned 100, beginning with his Aunty Rita seven years ago. He has now drawn more than 90 centenarians.

"I chose to paint Guy Warren because he is one of the most incredible centenarians l have ever met. This portrait honours Guy in the 101st year of his productive and meaningful life."

He is a four-time finalist in the Dobell Prize for Drawing and was awarded the Doug Moran Prize in 2006. His works are held in the collections of the Art Gallery of NSW, National Library of Australia, National Portrait Gallery, State Library of Victoria, and several regional galleries.