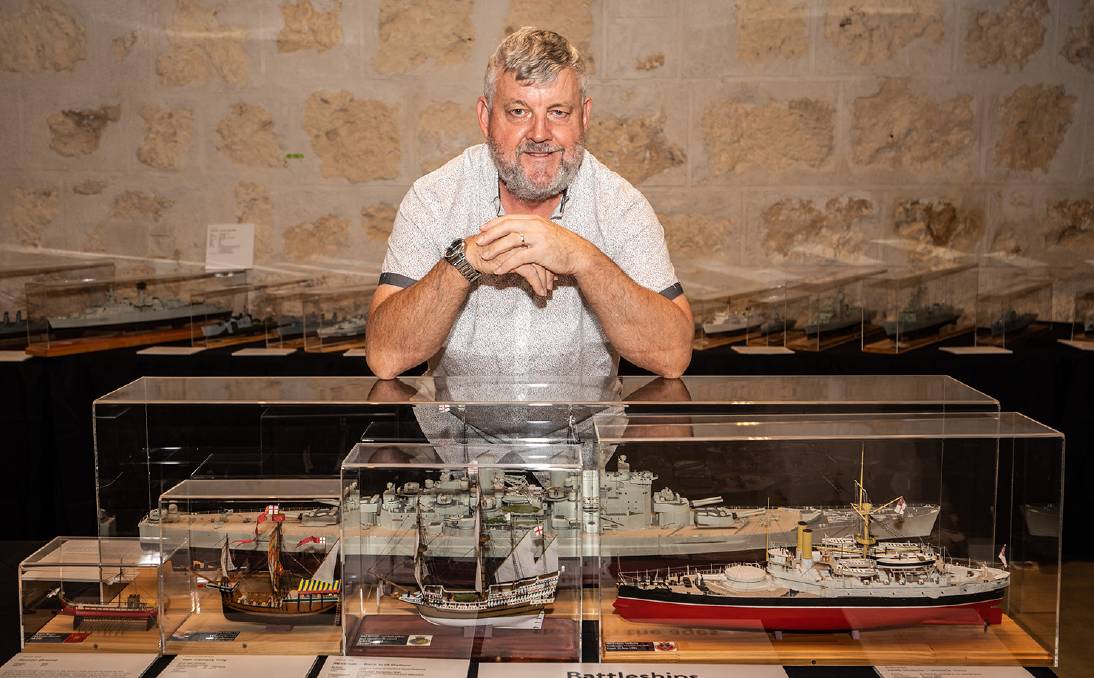 ATTENTION TO DETAIL: Gerry Westenberg with a selection of his models, each of which takes him months to build. Photo: David Nicolson

During his time as a volunteer at the WA Maritime Museum, people would chat to him and ask questions while he worked on his models.

"The ships give pleasure to people and help tell a story," he said.

"So many kids would get hooked on what I was doing.

"When a child sees a historic porthole, to them it can look like a piece of scrap metal. It gives context if they are able to see a model of the ship where it came from."

Gerry's hobby began when he was a teenager. 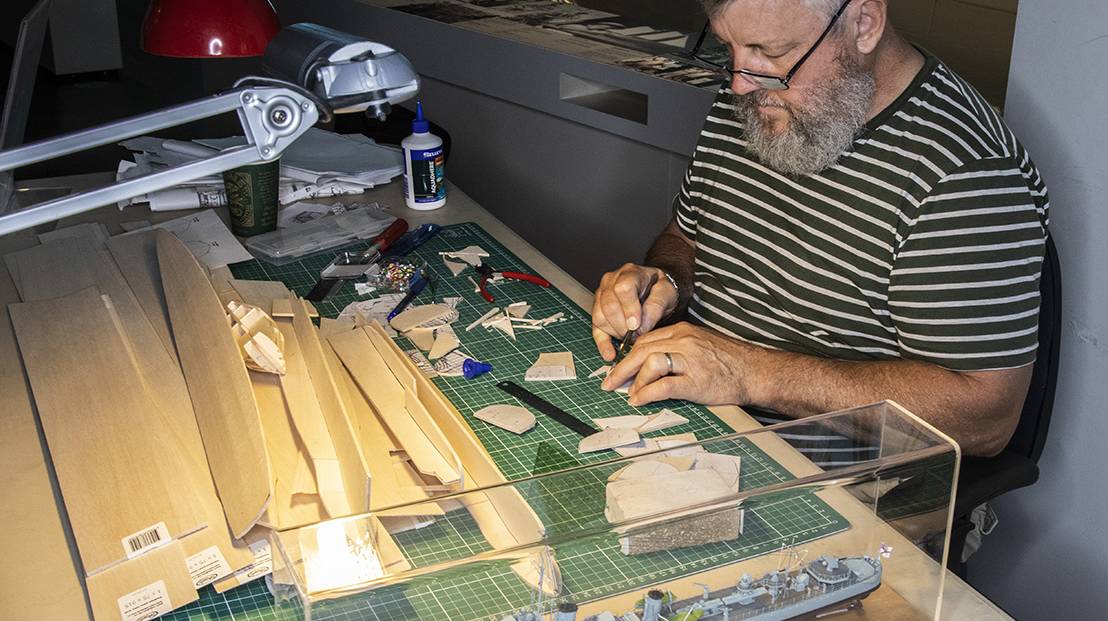 "Basically, I was always a nerd at school and I just liked building Airfix ships and planes and using my hands.

"Then I basically butchered an Airfix kit of HMAS Ajax to build HMAS Perth.

"I started hacking kits and modifying them to make ships I liked and then one day I found balsa wood, which was so much easier to work with."

Gerry's ships have incredible attention to detail and are exact scale models, following British Admiralty plans obtained through books or from the British Maritime Museum.

"They are made of balsa wood, cardboard, copper wire, plastic tubing, paper and swear words.

"For fine-detailed parts I use 3-D printing and photo etching.

"There are some ships I build because they are famous and I also like the history of them.

"If there is a ship that served in the war that sank, then I will make that ship as a way of honouring the memory of the people who gave their lives for everybody else.

"My favourites depend on the history behind the ship, how it operated and how it looks."

Gerry describes his ships as his "children" but would be willing to sell them if they were to go on display.

Each ship takes months to build and at the moment he is working on 17.

Over the years Gerry has made 130 models, many displayed up and down the walls in the family room at his home.

"My wife is very accommodating but every time I finish one she says, 'Well, that's lovely, but where is that going?'"

Ten of Gerry's ships are on permanent display in the Naval Defence Gallery at the WA Maritime Museum in Fremantle.