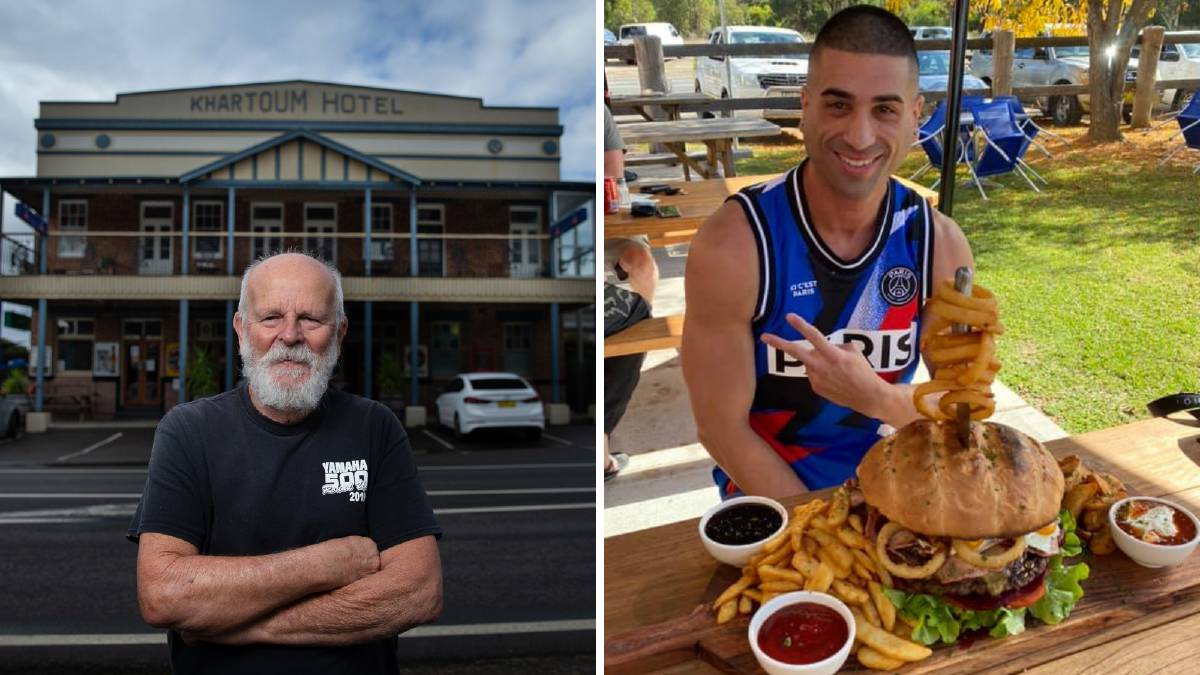 Could you eat this massive hamburger?

The challenge is straight forward enough: eat a massive hamburger in 30 minutes.

And since the NSW Hunter Valley Khartoum Hotel's Burger Challenge started at the end of January, no fewer than 55 hungry challengers have had a crack - but only one has succeeded.

Last weekend James Webb of Baulkham Hills, in Sydney's north west, didn't just manage the feat, eating the 5kg monster inside 30 minutes, he then went on to have a double slice of cheesecake with ice cream and cream. AMAZED BY THE REACTION: Khartoum Hotel proprietor Ray Prescott has been amazed by the response to his burger challenge. Picture Marina Neil.

"And he still finished 20 seconds inside the time limit," said proprietor Ray Prescott. "It was incredible because he didn't seem to be rushing. The food just seemed to disappear.

"He was a fit young bloke. As a matter of fact when he finished, his partner told me they were going out to the vineyards to do some wine and cheese tasting."

Mr Prescott says the idea for the burger challenge came to him when he felt their chicken schnitzel challenge at the popular Kitchener pub had run its day.

"So I asked Sheree, our cook, to come up with a giant burger - and she said leave it with me, and here were are."

Somehow, a bit like Mulletfest, it has struck a chord. 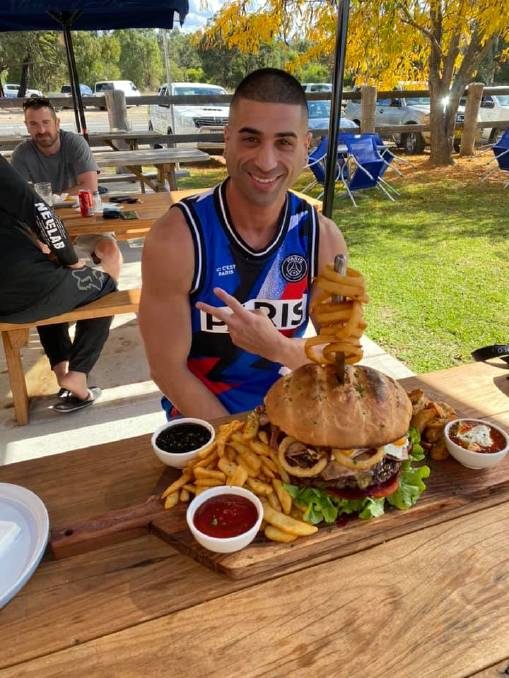 A PIECE OF CAKE: James Webb of Baulkham Hills became the first person to devour the burger monster.

It should be pointed out that Molly has form in the fast eating department. Her portfolio includes devouring 501 chicken wings in 30 minutes - that effort won her a new car - as well as 26 hamburgers in one sitting on another occasion. And what's more she's tiny ... 57 kilos of eating frenzy.

"We've had Facebook posts from the United Kingdom, Perth radio has been in contact with me for an interview, the story has been in the Courier Mail in Brisbane ... it's just gone everywhere. One of our Facebook posts about the challenge reached 543,000 people. It's unbelievable really."

Mr Prescott said it's important entrants don't starve themselves in the lead up.

"That's the worst thing you can do because your stomach shrinks," he explained. "You need to eat large meals to stretch your stomach.

"Most people start off strongly but then hit the wall at the 20-minute mark. Although we did have one guy who did pretty well ... he got through the burger part but couldn't finish the fries and wedges."

For his success Mr Webb is the first to get his name on the legends board - "we've named the board Bragging Rights" - and won the purse of $650.

It started as a $100 prize, and increased by $50 every week the prize was not claimed. Every burger is weighed before it goes out to make sure no one is disadvantaged, and Mr Prescott looks after the time-keeping himself.

The making of the burger itself ... it takes "30 minutes max" he says.

Which leaves the obvious question: what exactly goes in to making the notorious Khartoum Burger for the challenge. Sit back and feel bloated ...

Oh, plus a sprinkling of parsley but that's optional.

The story History made as hotel's burger challenge is finally conquered first appeared on The Maitland Mercury.