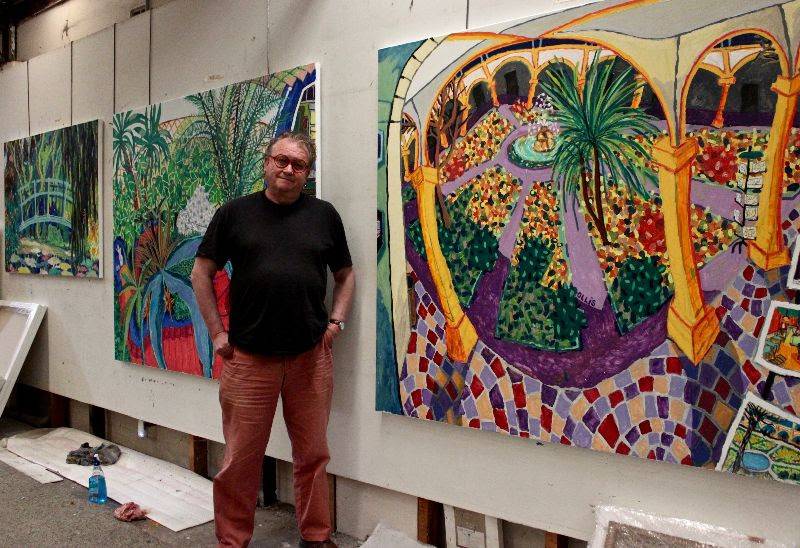 Artist Bernard Ollis has produced artworks of lush, kaleidoscopic renditions of gardens of artists from all over the world as well as his own.

ARTISTS' gardens from around the world have been given a kaleidoscopic twist by Sydney artist Bernard Ollis.

The artist and former Director of the National Art School is renowned for his figurative paintings. But memories of travel have formed the inspiration for this colourful new exhibition in Brisbane.

Confined to his home following knee surgery Ollis, 70, spent many hours in his backyard recalling the numerous artists gardens and studios he has visited during his lifetime - Monet, Matisse, Van Gogh - encouraged by artists that had been inspired by nature in their own work.

The result is a series of lush, vivid renditions of gardens of artists from around the globe, as well as his own.

These include Yves St Laurent's 'dwelling garden' in Marrakech, the view from Van Gogh's hospital room and grounds, Renoir's garden and house, Rodin's sculpture garden and Monet's famous bridge over the pond of water lillies.

As an artist and teacher, Ollis has acted as a tour guide to students with visits to the many of the studios and gardens portrayed in his paintings. 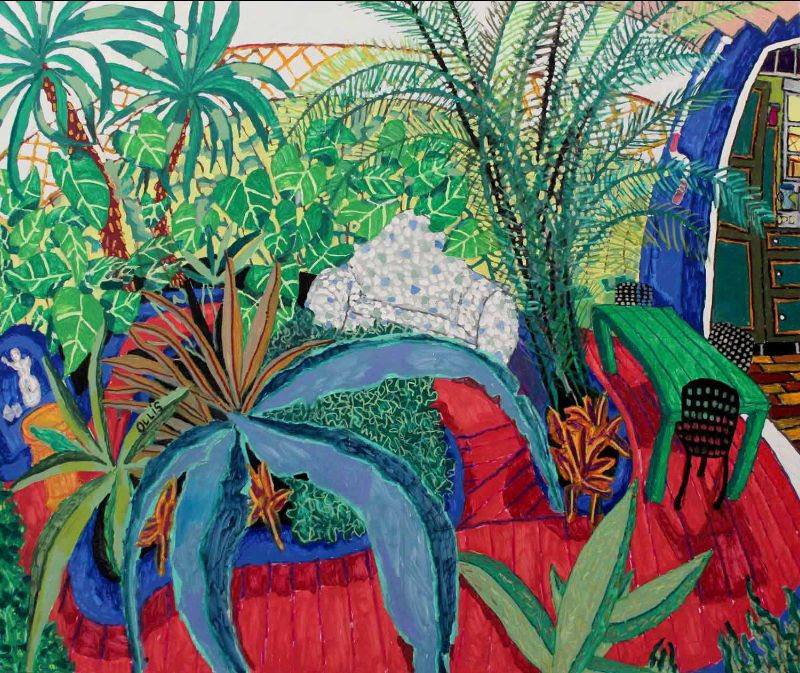 "My paintings are not picture postcards, or the social media equivalent, but personal and original interpretations of special environments." he said.

Primarily Ollis' interest lies with the human form; the everyday lives of people, what environment they create and inhabit, however in this exhibition nature that has formed the inspiration.

With a career spanning over 50 years, Ollis' work has been acquired in collections such as the National Art Gallery of Australia, the Museum and Art Gallery of the Northern Territory, Queensland Art Gallery, and the Royal College of Art UK.

The London-trained painter Ollis spent most of his life teaching at art schools in Australia but in 2006 he retired, at the age of 58, to turn to full-time studio practice. For the preceding decade, he had been the director of the National Art School in Sydney.

Throughout his career Ollis has been selected several times for prestigious Australian art prizes including the Sulman Art Prize, the Dobell Art Prize and the Salon des Refuses.

The exhibition opens at Mitchell Fine Art in Brisbane's Fortitude Valley on May 14 until June 12. Ollis is also presenting and artist's talk on May 15 at 2pm where he will delve into the inspiration and technique behind his work.