Guests were waiting outside the reception wedding in their wedding best wondering why they weren't being let in. Hair and makeup was done. The gown was on. Guests were on their way from Perth to Mandurah on West Australia's southwest coast and further afield. The groom was making last minute adjustments to his bowtie.

It was now just an hour until their wedding reception was due to begin and they were still awaiting a phone call with nervous anticipation.

Jasmin (nee Shaffer) and Rhys Gorczynski had married at the registry office with face masks and a handful of family and friends at noon and were ready to celebrate with 70 guests.

The Gorczynski's - "devastated but totally understanding" - called guests to tell them the wedding was off.

Soon though it came to light that weddings were not included in the raft of restrictions. Two hours earlier, Jasmin and Rhys Gorczynski had no idea of the horror that would unfold.

"We then received another phone call saying we could go ahead and they would appreciate us going through with it as they had prepped all the food," Ms Gorczynski said.

They excitedly contacted guests to tell them it was back on.

But the next day news emerged of two more cases of community transmission in Perth.

Confusion was rife across the state and just two hours before guests were due to arrive, the venue management panicked and called to cancel again.

"We were horrified and my husband basically begged them to reconsider...the owner said he would get back to us," Ms Gorczynski said. 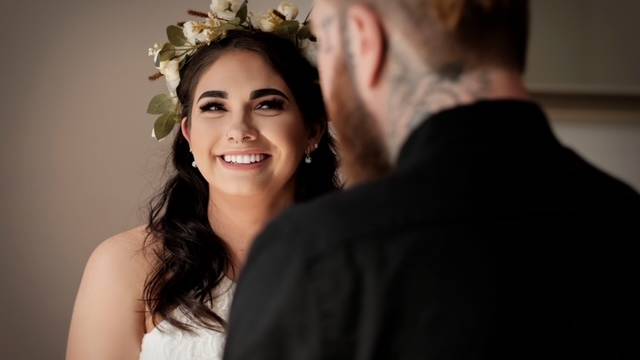 Jasmin Gorczynski says it's "the worst thing that's happened to her".

But just an hour before the reception start time, the owner called to say their vegan wedding feast could definitely not go ahead.

"I was so shocked.

"It's honestly the worst thing that's ever happened to me in my life - it sounds petty but there's nothing that can fix that. I only intend to get married once," the disability support worker said.

'We thought that cases would spike'

When the manager of the reception venue spoke to the Mail, she had not long thrown out a lot of wasted food and she sounded as devastated as the newlyweds.

"We really panicked," the manager said.

"We had intended to go ahead and then the news came through that there had been two more cases of community transmission. We thought at that point that cases would spike.

"The group was 70 people and we knew it included guests from Perth. Staff weren't comfortable working and we didn't want to put them in that position. We were in a sticky situation."

There was so much at stake, she said.

"We also had to think of the community - what if we allowed this to go ahead and then we were responsible for a COVID outbreak in Mandurah. It would mean the end of our business - not just this one but our other businesses if we were to go down - that's 60 staff losing jobs.

"We understand 100 per cent from the couple's perspective," she said. "It would have been devastating for them."

Laying on the floor sobbing

Ms Gorczynski's single mum had forked out $600 for the extravagant cake and in a last-ditch bid for it to not go to waste, they tried to stage photos. But even that was marked by bitterness. 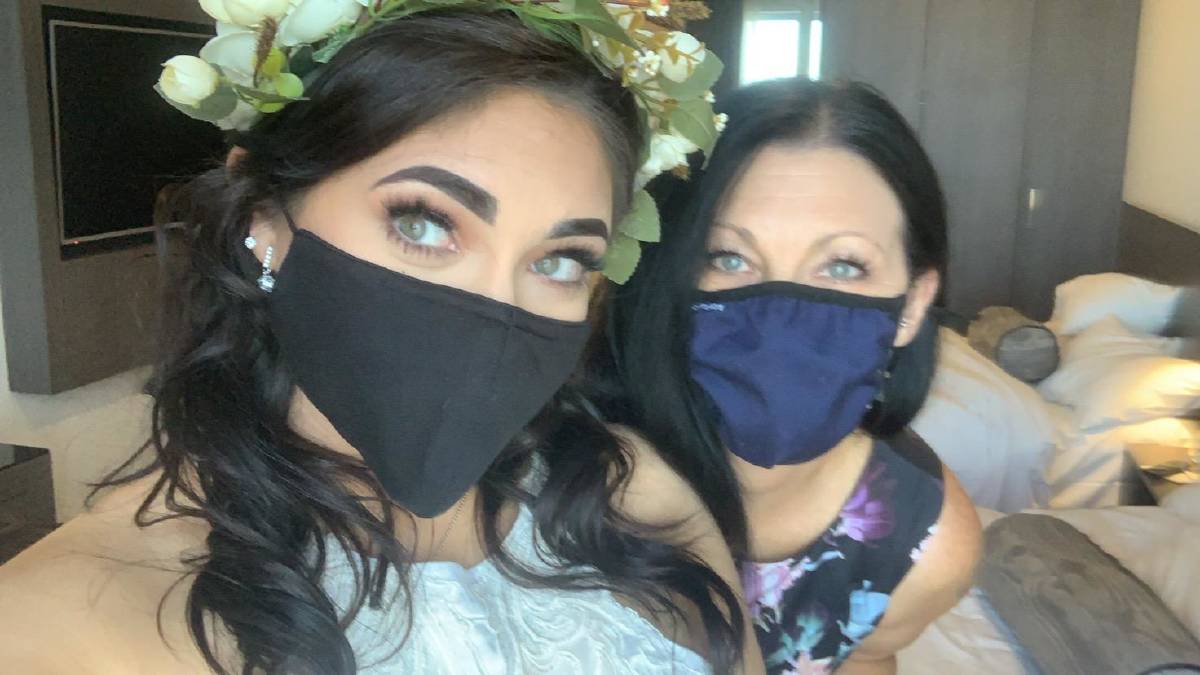 Jasmin Gorczynski's single mum, Dina Shaffer, had forked out $600 for the extravagant cake.

Tears had washed off Ms Gorczynski's makeup and she said she felt and looked "atrocious".

"This is a night that we can not get back. We can have a party another day, but it's not our wedding day. Plus, a lot of people had taken time off work including a bunch of my husband's FIFO friends that probably couldn't all get the same time off again."

'Good way to start a marriage'

Now that the dust has settled, Ms Gorczynski is trying to find the good in the dreadful situation.

"I'm usually the one who does all the organising so seeing my husband step up like that and take charge of everything was amazing for me," she said.

"It was actually a good way to start a marriage - me realising he will step up.

"My husband has the patience of a saint, he was so good."

The story 'I just lay on the floor sobbing': Wedding reception cancelled with one hour to spare first appeared on Mandurah Mail.