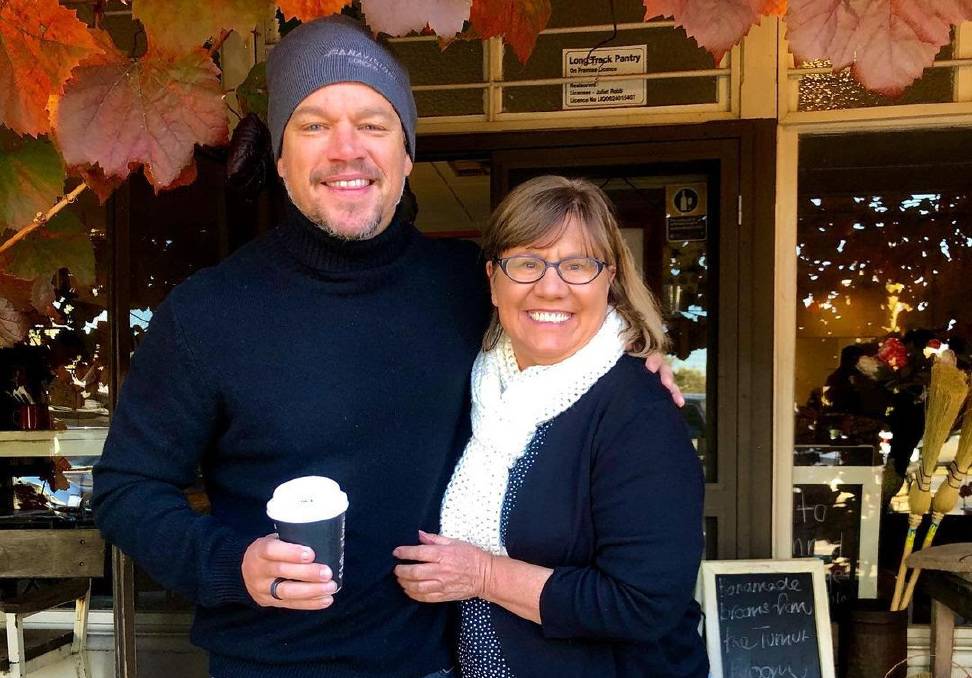 "We hope they enjoyed their visit to our beautiful region."

A tiny town on NSW's South West Slopes has caught the eye of some high-profile actors, with Matt Damon spotted and photographed with a lucky fan while getting coffee at the Long Track Pantry last week.

Hilltops Council in its monthly tourism newsletter said it had been reported that he was visiting with his family and pal Chris Hemsworth.

"We hope they enjoyed their visit to our beautiful region," council said in its newsletter.

Tourism across the Hilltops has been strong during April.

"It is great to see good numbers in all Hilltops information centres and hear reports of strong accommodation numbers across the region. We look forward to welcoming more visitors as the seasons change and people continue to explore New South Wales," council said.

He's not the only Hollywood actor being spotted across Australia recently, with Zac Efron spotted in Dubbo and the next Mad Max film slated to be filmed in NSW.

The story Matt Damon drops in for a coffee in tiny Aussie town first appeared on The Young Witness.