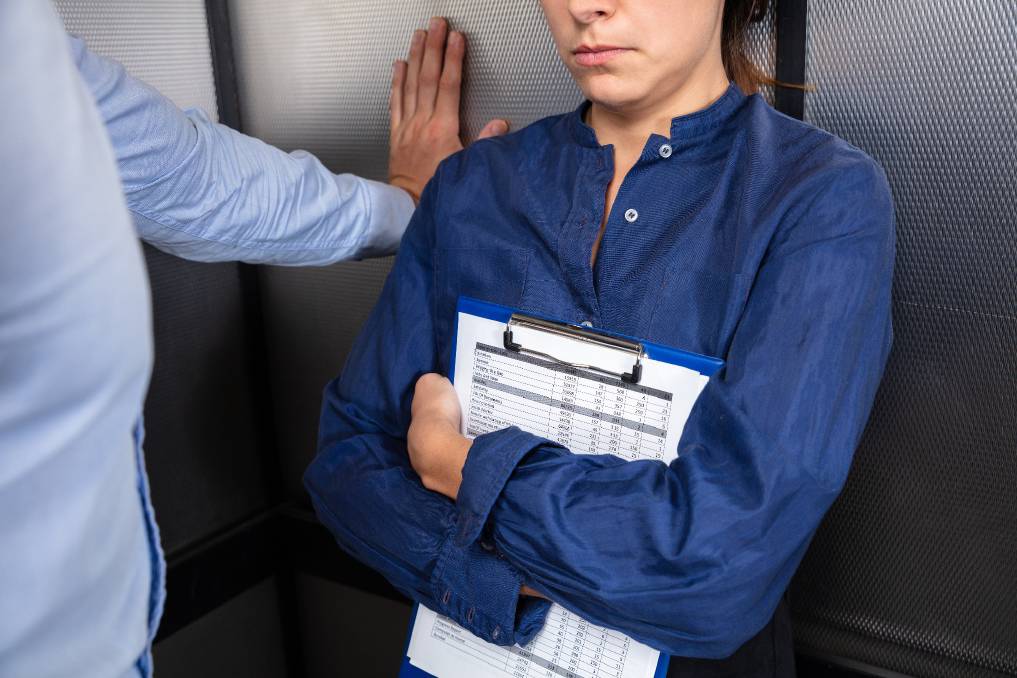 Women experience sexual harassment in the workplace at a much higher rate than men. Picture: Shutterstock

The CPSU is not going to wait for this government to act on workplace sexual harassment - we simply don't have time.

Sometimes it's a hand under a table, a lingering touch in a meeting, consistent inappropriate jokes or unwanted pictures, and as recent reports have illustrated - sometimes it's violent.

The shocking revelations of sexual harassment and gendered violence in the federal parliament have been deeply distressing, but they are not entirely surprising, either.

We know sexual harassment and gendered violence are perpetrated in workplaces right across Australia. But it doesn't have to be that way.

It's not only women who experience sexual harassment, but it is overwhelmingly more likely to be women. According to an Australian Bureau of Statistics survey, 53 per cent of women had experienced sexual harassment, compared with 16 per cent of men. And if you are a woman of colour, an Aboriginal and Torres Strait Islander woman or a woman with disability, the chances of you being harassed are even higher.

It is beyond time for change. We need those in power to take meaningful action to ensure women are safe and respected at work.

After more than 100,000 women marched for justice in 40 Australian cities, we faced criticism that we were focused on outrage, instead of solutions. That there were too many feelings to make practical change.

That's not only insulting, it's untrue.

The Community and Public Sector Union (CPSU) represents members across the country, working mainly in the public sector - supporting communities and delivering essential services. But when they need support, their employers are failing them.

Our members have raised issues of sexual harassment, domestic and gendered violence in agreement negotiations, workplace consultative forums, and workplace health and safety committees. They have proposed specific and targeted measures to address these problems - and their proposals have overwhelmingly been minimised and rejected by the Morrison government.

But the Morrison government failed to respond for more than a year and its belated response falls short of a commitment to fully implement all 55 recommendations.

CPSU members working in Parliament House, from political staffers to security staff, have advocated for substantive changes to complaints procedures, workplace health and safety and other policies and processes to address the culture that has been allowed to develop in that building. They are now looking to the Jenkins Review into Commonwealth Parliamentary workplaces to achieve the critical changes they've long been calling for.

Our members have identified an enormous range of issues that contribute to gender inequity and produce a workplace culture that fails to keep them safe.

We know what needs to change to be safe and respected at work.

We know how to think creatively and practically to develop better policies and procedures for workplaces.

Empowering women to be engaged and involved in every step of the process is the only way to ensure workplaces develop effective systems that address gender equity and stamp out sexual harassment and gendered violence.

Our government needs to act now.

As an employer of more than 150,000 Australian public servants, the Morrison government can establish best practice across public sector workplaces.

It should set an example for all Australian workplaces. It is currently failing.

What does that say about their faith in the processes that are supposed to protect them?

The Morrison government should be taking urgent practical action on sexual harassment and gendered violence to make all workplaces respectful and safe.

But we are not going to wait for this government to act - we simply don't have time.

Based on these seven domains, the CPSU has developed a 'Framework for ensuring safe and respectful workplaces' for implementation in workplaces.

We are calling on all federal departments and agencies to sign up to our framework for ensuring safe and respectful workplaces and to engage with our members on its implementation right now.

Sexual harassment in the workplace is preventable.

Together employers, workers, health and safety representatives, and unions can take action right now to ensure workplaces are safer.

The story Workplace sexual harassment is preventable and we must act now first appeared on The Canberra Times.