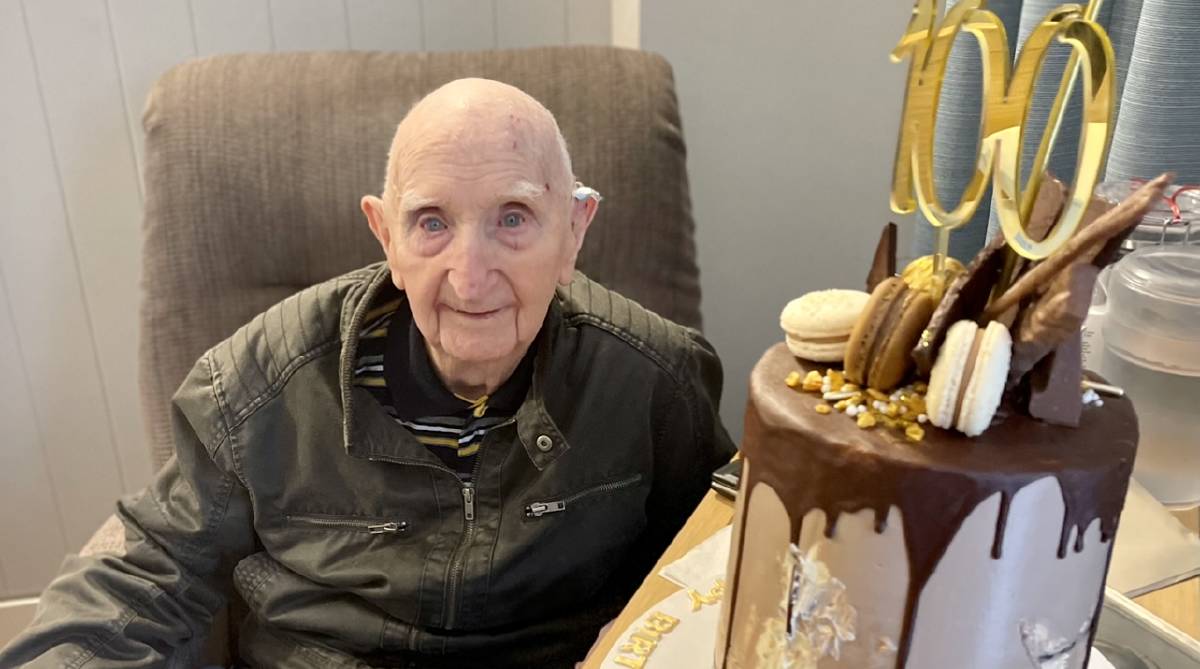 Sponsored content From a young age, we learn that birthdays are special. Of all 365 days in a year, a person's birthday is the one day on which they are empow...

From a young age, we learn that birthdays are special. Of all 365 days in a year, a person's birthday is the one day on which they are empowered to do whatever they like.

This doesn't change with age of course. For aged care resident John, who recently celebrated his 100th birthday, the idea of a party didn't really appeal.

Born in England in 1921, John has always enjoyed his own company. Conscripted to the British army at the age of 20, John became a motorbike courier during World War II. A gentle soul who refutes everything that war represents, John considers this role was perfect for him as it offered the alone time he craved.

Many years later, after having a family and immigrating to Australia, John and his wife Flo moved into Regis Elermore Vale. With Flo sadly passing away last year, it became even more important for employees at Regis to ensure John felt the love around him during life's milestones, whilst also recognising the way he likes to live life. For his 100th birthday, this meant scrapping the typical big party in favour of something more relaxed.

In the lead up to John's 100th birthday, Lifestyle Coordinator at Regis Juanita Baker reached out to the local community in the hope of receiving some birthday cards for John to read in his own time.

The response was overwhelming. The local primary school sent a video of their students singing happy birthday to John, a pastry chef offered her services in creating a spectacular cake, and MP Sonia Hornery arranged letters from dignitaries and the Queen. Cards flowed in for weeks.

On top of this, a generous bounty of John's all-time favourite snack, Smith's Salt and Vinegar chips, was delivered to the home by the manufacturer and packaged up by Regis employees in a gorgeous gift hamper.

An outpouring of kindness without the 'fuss factor' meant John could quietly celebrate becoming a centenarian his way, with the pleasure of knowing he was in others thoughts. After spending the afternoon reading cards, he said "I look forward to getting through them all before my 101st birthday!"

Committed to personalised care, Regis ensures all of their residents feel at home - whatever home means to them. Whether you or your loved one prefer spending time in the veggie garden, enjoying a quiet birthday celebration like John, or something completely different, you will be supported to live the lifestyle you know and enjoy by those who truly care about you.

New faces are always welcomed, whether to join the community or to simply ask a few questions. Pop in to a Regis home for a friendly chat, or call 1300 998 100 to find out more.