Dubbed the queen of Australian romance, she was a mentor to up-and-coming writers. 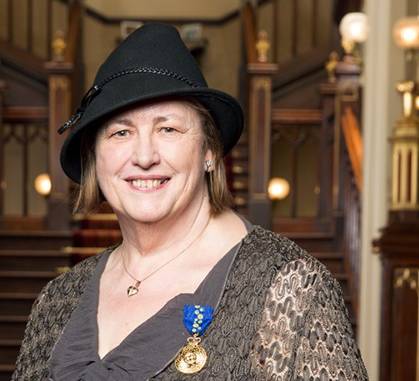 One of the country's most prolific authors, the romance novelist Valerie Parv, died suddenly over the weekend.

Her long-time friend and manager Linda Tate, of Tate Gallery Pty Ltd, confirmed that Parv died suddenly just a week away from her 70th birthday.

She began her career as an advertising copywriter, but began writing romance novels for Mills & Boon in the early 1980s.

She published more than 70 novels and several writing and romance guides, and sold more than 34 million books.

She published her memoir in 2020, 34 million books: Australia's Queen of Romance Shares Her Life and Writing Tips.

READ MORE: Valerie shared her writing tips with The Senior in late 2020

She had lived in Canberra for some time, and ran workshops for aspiring romance writers through the ACT Writers Centre.

She was made a member of the Order of Australia in 2015 for "significant service to the arts as a prolific author, and as a role model and mentor to young emerging writers".

In 2000, Romance Writers of America set up an award in her name, now run by Romance Writers of Australia, for unpublished romance novels, and she had mentored each winner - a group she called her "minions" - until the most recent, Kristin Silk, in 2020.

Silk wrote about Parv's death on Instagram on Tuesday.

"I am so shocked and devastated that I am struggling to even find words. I'm typing while crying on my keyboard," she wrote.

"Your belief in me when I struggled to believe in myself was everything. Your support, generosity, wisdom and guidance have meant so much to me."

Another recent winner, writer Joanna Nell, wrote on Instagram on Tuesday that she was "shocked and saddened" by her death.

She described Parv as the "doyenne and matriarch of the romance writing community and my former mentor.

"A warmer, kinder, more generous person you could not wish to meet."

Wiradjuri writer Anita Heiss also noted her death on social media on Monday, describing Parv as "not only one of Australia's most successful authors, but one of our most generous".

"Romance writing's matriarch and mentor to many, Valerie gave so much to our industry and was loved by, well, everyone," Heiss wrote.

She was married to her husband, former crocodile hunter, cartoonist and layout artist Paul Parv, for 38 years, until his death in 2008.