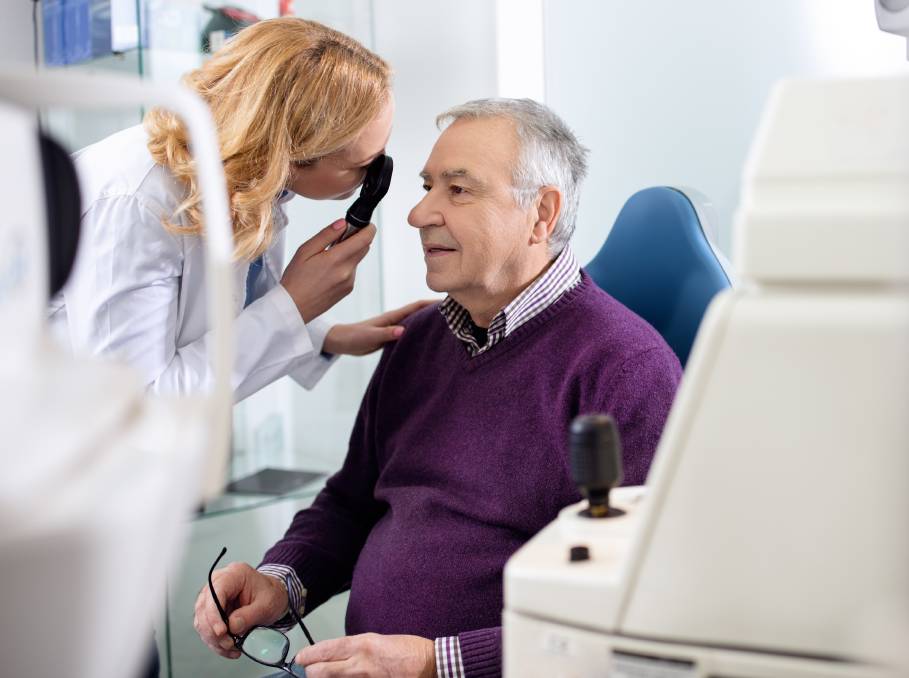 Under a third of older Aussies haven't heard of eye disease which causes blindness.

MORE THAN two-thirds of older Aussies are in the dark about the potentially sight-threatening complications of diabetes.

Diabetic retinopathy is the most common diabetic eye disease and the top cause of blindness in Aussies aged 50 to 70, affecting between 300,000 and 400,000 people.

And yet only 29 per cent of Aussies in that age bracket have heard of the condition.

And according to research by Macular Disease Foundation Australia (MDFA), just over a quarter (26 per cent) have heard of diabetic macular oedema (DMO), a complication of diabetic retinopathy which threatens the central vision.

Although eight in 10 questioned identified the eyes as a body part that diabetes can affect, the lack of awareness of what these conditions are called means many people who are at risk ignorant about these sight-threatening complications.

The research was developed in support of Macula Month this May, an annual awareness campaign urging at-risk Aussies to check their macula.

Age-related macular degeneration and diabetic eye disease are the most common conditions that threaten the macula and detailed central vision.

MDFA chief executive, Dee Hopkins, said it was crucial everyone over 50 and everyone living with diabetes has a regular eye checks to detect any changes in the eye early.

"Diabetic retinopathy claims the eyesight of more working-age Australians than any other eye condition, yet less than 30 per cent of people know its name," she said.

"But we do know that early action can save sight."

There are around 1.7 million Australians living with diabetes, a figure expected to hit two million by 2025 leading to a surge in diabetic eye disease.

Everyone with diabetes is at risk of developing diabetic retinopathy, and the longer a person has diabetes, the greater the likelihood of the disease.

Almost everyone with type 1 diabetes and more than 60 per cent of people with type 2 diabetes will develop some form of DR within 20 years of diagnosis. One in three people over the age of 50 with diabetes has diabetic retinopathy.

MDFA Ambassador and 2020 Australian of the Year, Adelaide ophthalmologist Dr James Muecke, said people with diabetes can take steps to reverse their risk of vision loss.

"If you control your diabetes, or if you are able to put your type 2 diabetes into remission, you can turn this blinding disease around. We want people to not only understand the name of the disease, we want everyone to take action to avoid its devastating outcome."

"This is easily done through regular eye examinations and managing your diabetes. When the disease is picked up early, you can make lifestyle changes and access good treatments that maintain sight and prevent severe vision loss."

The good news is that more than two thirds of people polled are having regular eye checks.

The study showed that 68 per cent of respondents have had an eye examination and/or macula check in the last two years - more than other health checks such as cholesterol (66 per cent), bowel cancer screenings (51per cent), glucose/diabetes (44 per cent) and skin checks (36 per cent).

This month, MDFA's annual Macula Month awareness campaign will urge even more Australians to book an eye exam through the Check My Macula tool at CheckMyMacula.com.au