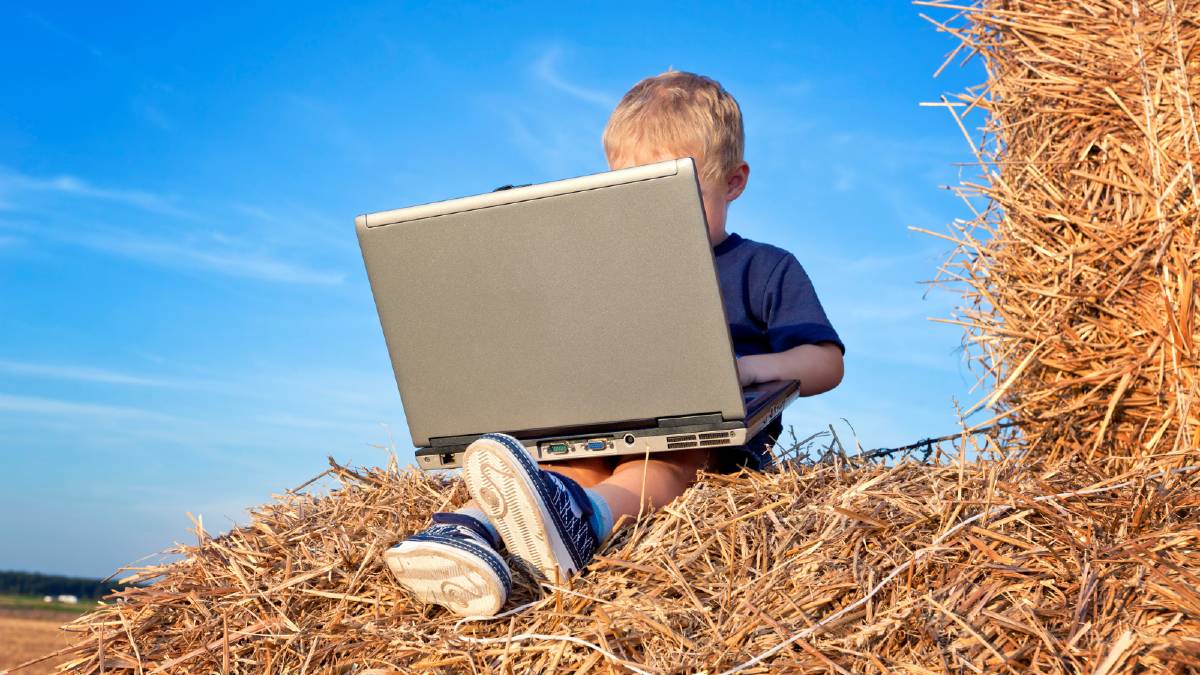 I'm sick of decent, reliable internet being talked about like a privilege.

It's 2021 and people should no longer feel guilty about wanting enough data to watch streaming TV or demanding a reliable connection for their kids to be able to do their homework.

We shouldn't be expected to accept lag and hanging like there are no better options.

But sadly, for many in rural and regional Australia, a daily battle with the internet is just life. The NBN is not the modern-day internet solution it should be.

As our regions boom, good internet could just be the difference between if people stay, or move back to the fibre-to-the-curb city.

So you'd think it would be something the government is moving quickly on, trying to invest in and fix.

But I can't see that action.

Instead many in rural and remote locations are being forced off ADSL and onto expensive NBN Satellite.

A service that doesn't offer world-leading speeds, has low data limits and costs an arm and a leg.

I know because despite being only 90 kilometres from Sydney, I'm meant to have signed up for NBN's Satellite service.

I haven't. I'm still on ADSL, not because it is great but because every day I'm in meetings with those fighting satellite - their image delayed, freezing, dropping out.

The latency issues of satellite make it outdated for our modern world of video conferencing and streaming.

Latency is the time it takes for data to be transferred from its source to its destination, and the sheer distance between Earth and space gives satellite internet high latency issues.

Yes, if I made the switch the speed would improve on ADSL but there are no satellite plans that cater for the data I use, and I'm not even a heavy user.

So instead I've been on a mission to find a different solution as I simply refuse to pay more money for less internet.

I did some research into mobile data plans. They could be a solution - although would probably require the extra cost of a booster (to counteract the patchy reception at my place).

In the end, though, I signed up with StarLink's beta trial.

For those who don't know, that's a low-earth satellite solution from Elon Musk's SpaceX and it's arrived in Australia this year.

It's still in beta mode and my region hasn't kicked off yet. But those south of Canberra have and they are reporting speeds of 250 megabits per second download and 40Mbps upload - or at least that's what I've heard.

A world away from my current 8Mbps down and 0.7Mbps up, or NBN's Satellite offering of 25Mbps down and being low earth it also shouldn't face the same latency issues.

So the looming question is, why are our tax dollars going to a sub-par service when a private enterprise can allegedly deliver better?

When I start my StarLink trial I'll be sure to report in and let you know if it's everything it has promised to be.

Then the real debate can begin.