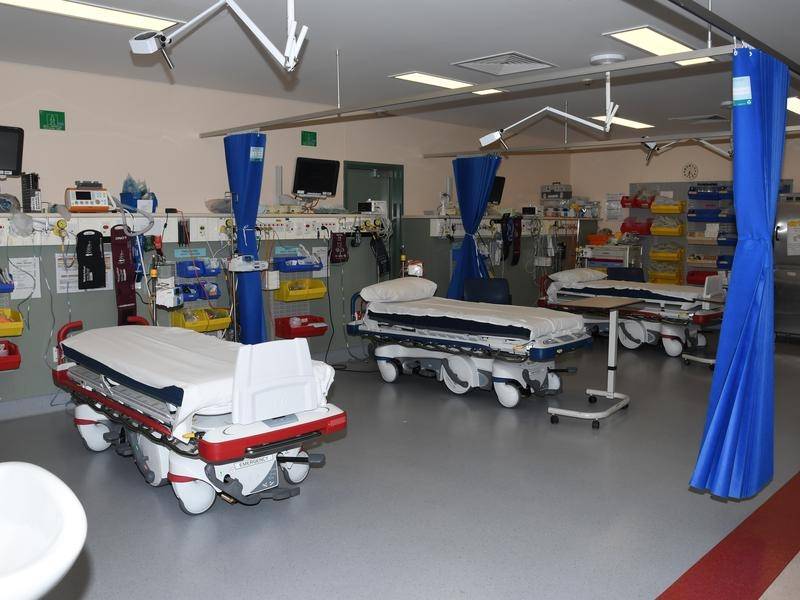 The "first and only option" available to a specialist doctor treating a gravely ill teenager in a country hospital was to fly him elsewhere, a coroner has bee...

The "first and only option" available to a specialist doctor treating a gravely ill teenager in a country hospital was to fly him elsewhere, a coroner has been told.

Mr Braes deteriorated while lying in a "non-acute" bed in the emergency department about midday, having been driven to hospital in crippling pain by his father because no ambulances were available.

Dr Braslins, who led the team working on the very unstable teenager, said he suspected flesh-eating disease or necrotising fasciitis may have been causing the sepsis.

The fast-acting condition has a high death rate, even with aggressive intervention such as the amputation of infected limbs.

"That's the question we were asking ourselves, whether we needed to amputate his leg in order to save his life," the doctor told Mr Braes' inquest on Thursday.

He ordered a surgeon to perform a fasciotomy, which cuts the fascia to relieve swelling and pressure.

When Dr Braslins couldn't see any evidence of necrotising fasciitis, he was reassured amputation wasn't required.

But, regardless the hospital didn't have that option as it required an intensive care unit to handle the patient after surgery, the inquest was told.

"My first and only option was to transfer Alex," he said.

Following a prolonged effort to evacuate him from the far west NSW town, Mr Braes landed in Sydney in the early hours of September 22 and died soon after.

The NSW Coroners Court, sitting in Broken Hill, has been told Mr Braes appeared to improve after the intervention about midday, even giving a verbal history of his left knee pain to Dr Braslins.

"His colour improved, I was encouraged by his improvement," the doctor said.

He later handed over the patient to another doctor, telling of how he was "deeply shocked" when later learning Mr Braes had died.

"The reassurance I gave (Alex's parents in the hospital) was heartfelt and sincere and I was very hopeful Alex would survive," he said.

But he now believed on the balance of probabilities, the teenager had necrotising fasciitis.

"With the aid of retrospect, there was probably nothing we could do to save his life and I'm deeply sorry for that," he said, breaking down.

The exact cause of death remains unknown because, while blood culture showed the teen had invasive group A streptococcal, an autopsy was never performed on him.

Dr Braslins said the most likely source of the infection was an infected toenail on Mr Braes's left foot, for which Mr Braes had appropriately received antibiotics in August.

The inquest will resume in Sydney on August 31.

It will examine the prolonged process to evacuate Mr Braes and why it took the hospital nearly a year to investigate the case.

Several staff directly involved in Mr Braes' care on September 20 and 21 have testified this week they were not interviewed for the root-cause analysis.