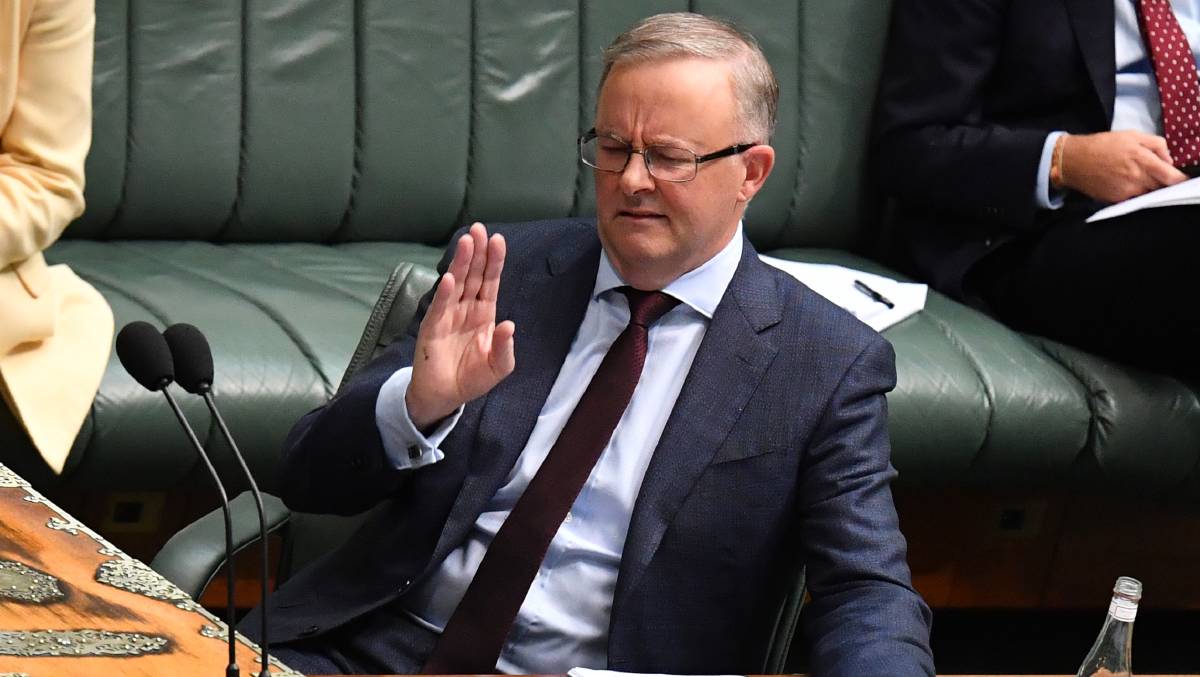 A small-target strategy can only get you so far. Picture: Getty Images

From federation to environmental protection, there's a vast field of policy areas ready for bold renewal.

Anthony Albanese's small-target approach appears to be missing the mark.

Over the past year-and-a-half, Albanese has abandoned the reflexively adversarial behaviour of a traditional opposition leader. Primarily this has been to assist the government with policy formation when it comes to overcoming the pandemic - successfully. However, it is looking increasingly likely that the small-target approach will fail to get the ALP over the line, even in spite of Morrison's women policy problems and vaccine delays.

A bolder approach by Albanese is now desirable - essential, really. Does this mean that the ALP should return to the adversarial mode of parliamentary style?

I believe that would be a mistake. In contrast, positive, bolder policy proposals would surely provide growing interest in the party. Of course, this would mean that it would need to stop being a deeply conservative Labor Party.

The opposition can make a great forward-looking contribution in at least six governance and policy areas prior to the next election. Innovation in these areas is long overdue; and planning can start now.

The single-member district has had its time. Pork barrelling, branch stacking, and byelections are the result. The Greens, receiving between 9 per cent and 14 of the vote nationwide, have had to make do with just one MP in the lower house. Nevertheless, the desire for federal representation of diversity has grown steadily.

In 2019, only an astonishing 18 seats out of 151 were declared on first preferences.

The first preference percentages at the 2019 election tells a similar story: the Coalition received 41.44 per cent, while the ALP received 33.34 per cent and the Greens 10.40 per cent. Neither major party has an overall mandate. The answer here is party-list proportional representation.

The Westminster System and Australian governance

The practice in Australia that ministers are selected from Parliament only (that is to say, from elected MPs) is very limiting in terms of expertise, at both the federal and state level. It virtually ensures that we end up mostly with amateurs. Of course, given the two-party system, it also means that they will only be selected from the major party that has won the election, a further limitation. The opposition party will select another set of amateurs to be shadow ministers to the first set of amateurs.

This situation is even more dire now than in the fairly recent past, when our amateur ministers could at least rely on very competent senior public servants. That situation has changed as well.

The ALP, at its recent online conference, stated that it would "modernise" the federal system. That has been discussed in at least four major conferences over the past two decades, with nothing to show for it. More piecemeal tinkering without results.

We need to move to a decentralised unitary system of government. Currently there are around 850 politicians, and far too many parliaments, for around 25 million citizens. The regions are crying out for attention. This is a national concern. Business for the central government!

What is missing in Australia's IR system is an emphasis on workplace democracy and employee share ownership. There are plenty of examples in the world that have been pointed out to both employer and employee organisations in Australia, generally without success.

This is an area ready for renewal, and it's really long overdue. How about it, ALP?

The constitution and the republic

The Australian constitution has to be rewritten. Few people seem to know about it, and that has become a major problem.

Education about the constitution and about the political system is scandalously inadequate. Those who take any interest in it soon realise how archaic it is.

Of course, this rewriting should be combined with the advent of the republic. Even the most minimalist of minimal republics would require an enormous number of changes to the constitution (61, according to Michael Kirby). Thus it should be obvious that the entire constitution needs to be rewritten when the republic referendum is finally approved. Combine the two and we make progress. What a rich field for bold renewal for the ALP! Please get on with it.

Partner with the Greens on environmental protection and restoration

Currently, the Labor Party and the Greens are competing in several federal seats. This is not desirable. When a proportional system is introduced, the Greens will benefit from fair representation and a left coalition government with the ALP is the likely outcome.

The idea that the ALP should govern "in its own right" is a reflection of its conservatism. It stands in the way of effective government in Australia.

The story The ALP is going to need bold new policy if it wants to win government first appeared on The Canberra Times.