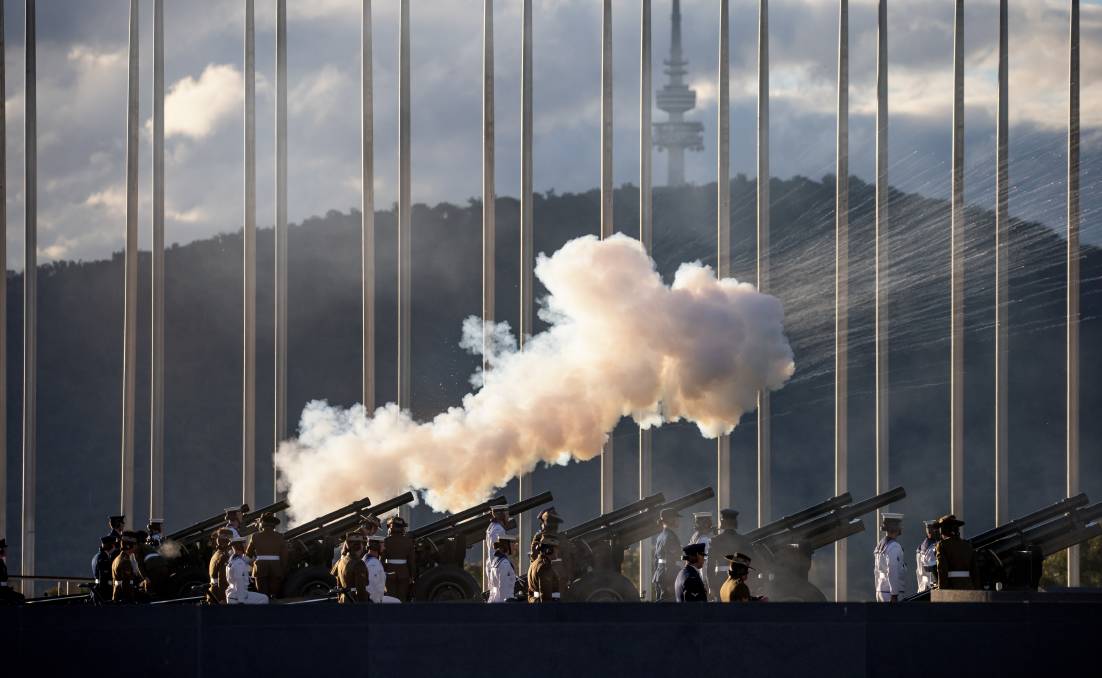 A large crowd gathered at Parliament House on Saturday afternoon as the Duke of Edinburgh Prince Philip was honoured with a 41-gun salute. Picture: Sitthixay Ditthavong

Crowds gathered on the forecourt of Canberra's Parliament House on Saturday to mark the passing of the Duke of Edinburgh.

Crowds gathered on the forecourt of Canberra's Parliament House on Saturday to mark the passing of the Duke of Edinburgh, Prince Philip, as the Australian Federation Guard fired a 41-gun salute in his memory.

Honouring the British tradition, the Australian Defence Force fired 41 rounds from six Howitzer Ceremonial Guns pointed out towards the Australian War Memorial, with each round fired at 10 second intervals.

Defence spokesman Darren McLeod said the royal family has strong linkages with the Defence Force which was proud to play its part in marking the occasion. 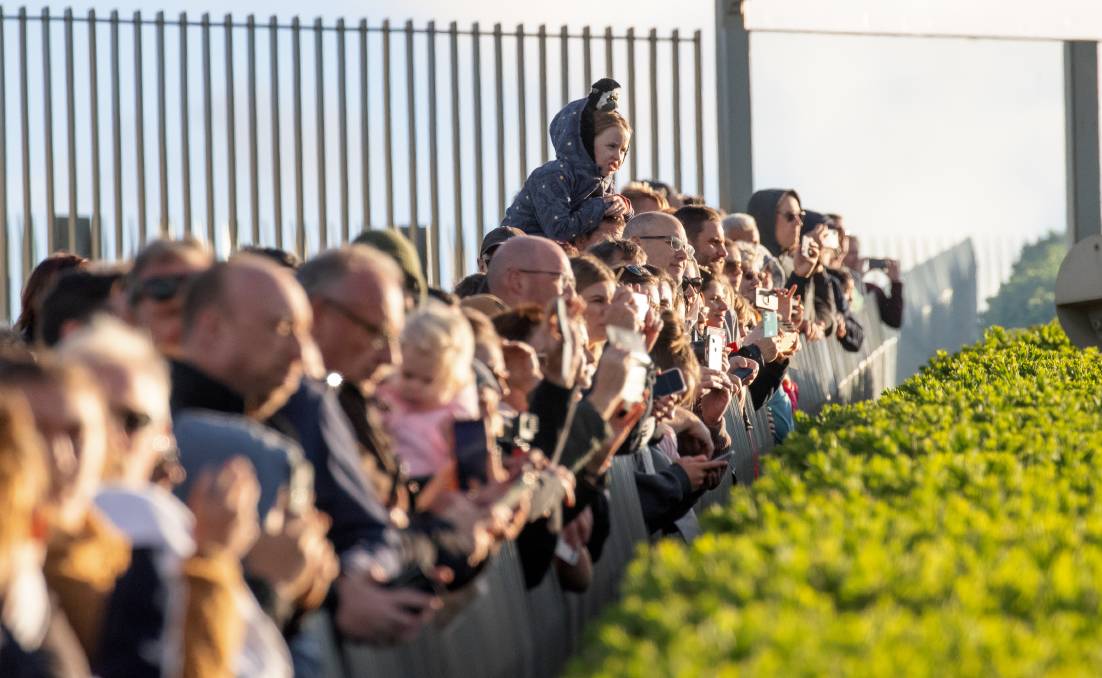 The public was invited to pay tribute to the Duke of Edinburgh in Canberra on Saturday. Picture: Sitthixay Ditthavong

"His Royal Highness The Duke of Edinburgh is an admiral of the fleet a marshall of the Australian Army and an air-marshal of the Royal Australian Air Force," he said.

"There are strong ties between the Duke and the ADF."

Australian Air Force member Skye Padman was in the crowd with her parents Lorraine and Robert Padman.

With a brother in the Army, Ms Padman said it was absolutely a day of mourning for their military family.

"We signed on the dotted line to serve the queen and country," she said.

He was the fire cracker that really started change inside the royal family. - Bronwyn Huntley

Mrs Padman said Prince Philip was an amazing man in the support he provided the Queen and it was quite an emotional experience bidding him farewell.

"I think he was really loved by Australians because he had that really fun personality, he was a bit like us," she said.

Mrs and Mr Padman had been in London in 2012 to mark the 60th anniversary of the accession of the Queen and in Tasmania when Princess Diana and Prince Charles visited in 1983. 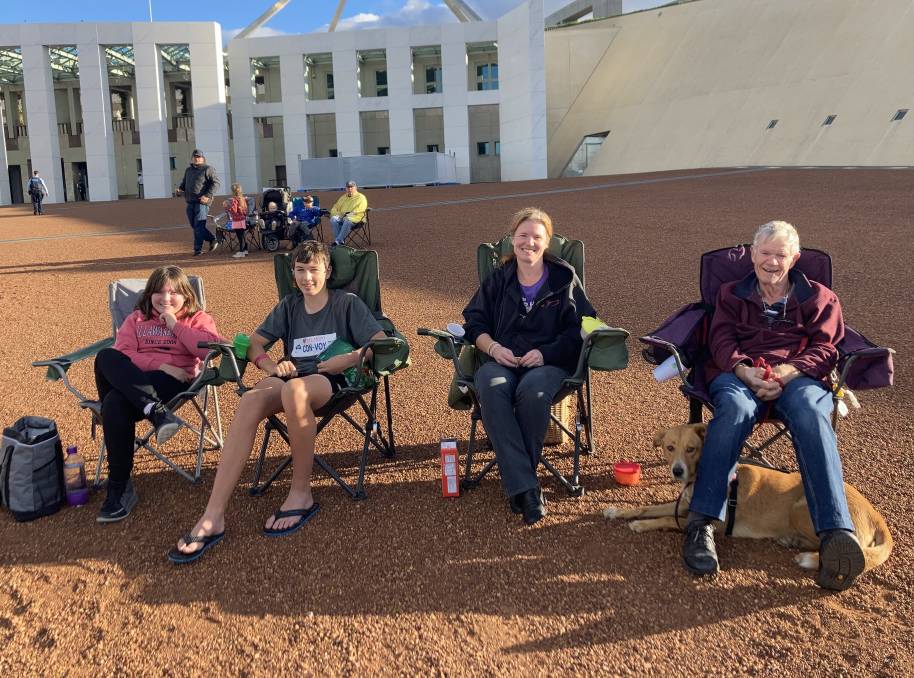 "We used to camp out overnight in London in the mall there to get the best position to see the Queen in the parade next day," Mr Padman said.

"She has dedicated her life to the Commonwealth," Mrs Padman said.

Bronwyn Huntley came out to watch the ceremony with her children Callum and Catalina Huntley, as well as her dad Bruce Halls.

The Rivett resident said April 10 would be a date to remember, for followers and non-followers of the royals alike.

"It's one of those moments where you want to be able to say 'I was there and I was part of the atmosphere'," Ms Huntley said.

"Everyone is here for the same reason.

"He was a dedicated public servant, he was one of those characters that was criticised on numerous occasions, but he was the fire cracker that really started change inside the royal family."

Mr Halls, 73, was in Melbourne when the Duke and Her Majesty visited in 1954, one of the million people who lined the road from Essendon airport to Government House.

The pair agreed this could be a period of change for the royals with an expectation the Queen could soon step down.