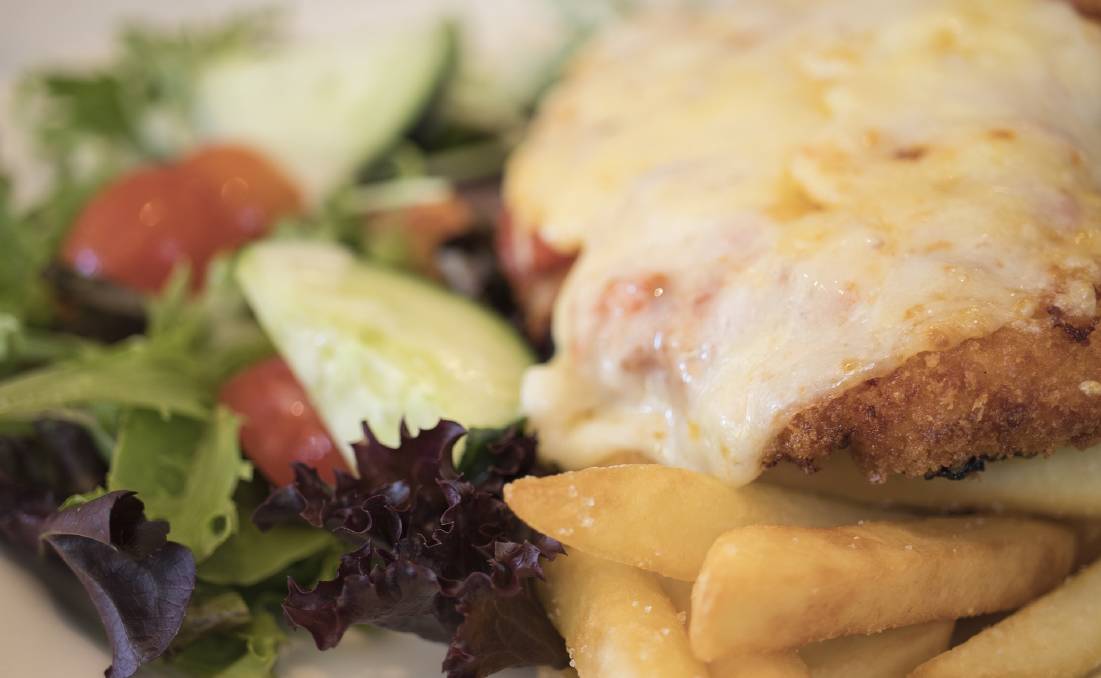 Pass me the Parmy: Is this your favourite Aussie dish to cook at home? Photo: Shaun F/Pixabay

Aussies list their favourite national dishes to cook at home.

It's a pub staple around the country, and now chicken parmagiana has been named Aussies' favourite dish to cook at home.

While the jury may still be out on whether the popular Italian-influenced dish enjoyed by thousands at pub bistros around the country is referred to as parmy, parmi or even parma, there's no debate over its soaring popularity.

The dish - which has evolved from its eggplant days to become a chicken schnitzel topped with tomato sauce and melted cheese and often served with chips - the chicken parmigiana came top in a survey by chinawear company Royal Doulton.

"While curries, falafels, burritos and stir fry noodles have become meal-prep regulars around Australia, we wanted to know which foods are considered true Australian staples in the kitchen," said Royal Doulton's Sjoerd Leeflang.

"At Royal Doulton, we wanted further insight into which Aussie food icons that can be cooked at home still rule the country's hearts and palates."

And while over the years multiculturalism has impacted how and what Australians eat, the national favourite has come a long way from the traditional roast lamb it seems.

The company surveyed 1000 Australians and asked them, 'What is your favourite Australian Dish that can be cooked at home?'.

More than a quarter (27 per cent) chose chicken parmigiana as their favourite Aussie dish.

The survey also found that just over half (51 per cent) opted for a sweet treat as their top pick.

Out of which, 19 per cent opted for the oatmeal-based Anzac biscuits, 17 per cent chose the meringue-based pavlova and 15 per cent went with the coconutty goodness of lamingtons.

The long list of sugary treats was followed by modern meat and veggie favourites. Out of the 1000 respondents, 12 per cent voted for the barbecue staple - Australian snags, 6 per cent opted for the snackable Chiko Roll, and 5 per cent chose the cheesy spinach cob.