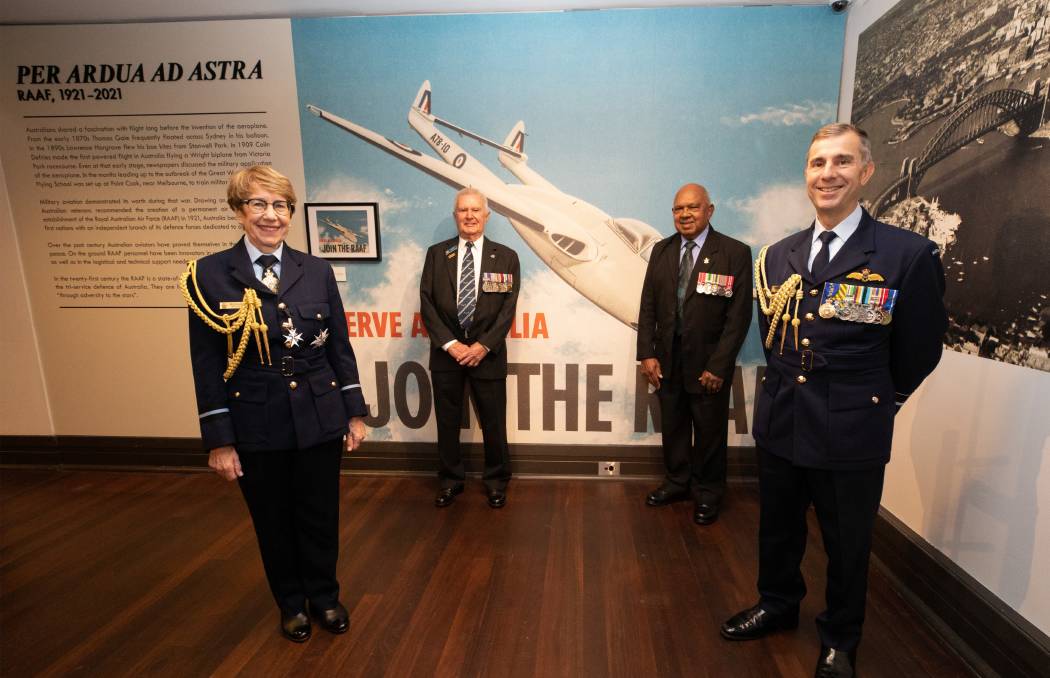 Exhibition a celebration of RAAF personnel past and present.

Named after the RAAF's motto Per Ardua Ad Astra, meaning 'through adversity to the stars', the new exhibition spans the century, using personal stories of individuals to reveal the broader lived experience of RAAF personnel.

It features items such as as souvenirs of a pilot who bombed German positions at Hamel days before a battle that influenced the Great War outcome.

Visitors can also see the Distinguished Flying Cross awarded to Flight Lieutenant Doug Millar for his daring low-level flight along with a rare Women's Auxiliary Australian Air Force uniform worn by a nurse at the RAAF Hospital in Tocumwal.

Minister for Veterans Geoff Lee said the exhibition is a celebration of RAAF personnel past and present, and a way to recognise the service and sacrifice of those who have helped to shape the modern force we know today.

"Australia was among the first nations to create an independent branch of its defence forces dedicated to military aviation in 1921", Mr Lee said.

"From 1920s aerial survey flights to modern peacekeeping, every individual who has served over the past 100 years has contributed to the vital defence service of our nation and helped to form the state-of-the-art force we know today."

For anyone unable to visit the Anzac Memorial, in Sydney's Hyde Park, in person you can visit the Per Ardua Ad Astra Virtual Gallery.

The gallery enables virtual visitor to easily navigate the exhibits, with descriptions given for each one.

History of the RAAF

Two years before the outbreak of the Great War, Australia began to train military aviators at the Central Flying School.

Military aviation proved its worth during that war and, from the lessons learned, Australian veterans recommended the creation of an air force.

In 1921 Australia was among the first nations to create an independent branch of its defence forces dedicated to military aviation.

Over the past century Australian aviators have proved themselves in the air in war and peace. On the ground Royal Australian Air Force personnel have been innovators in surveillance and detection as well as the logistics and technical support to keep 'planes in the air.

At its height, during the Second World War, the RAAF became the fourth largest air force of any combatant nation.

In the 21st century the RAAF is a state-of-the-art force and a vital part of the tri-service defence of Australia.

Almost 10,000 members of the Royal Australian Air Force have died on active service over the past century. Tens of thousands more have been killed in training or have been badly injured in warlike or peacekeeping deployments or during the course of their service lives.

For more information on the RAAF Centenary Exhibition at the Anzac Memorial, click HERE.

The Anzac Memorial is open to limited numbers of visitors from 10am to 4pm, Monday to Friday. To register and book your ticket click HERE.

Entry is via the western ground floor entrance on the Elizabeth Street side of the building.