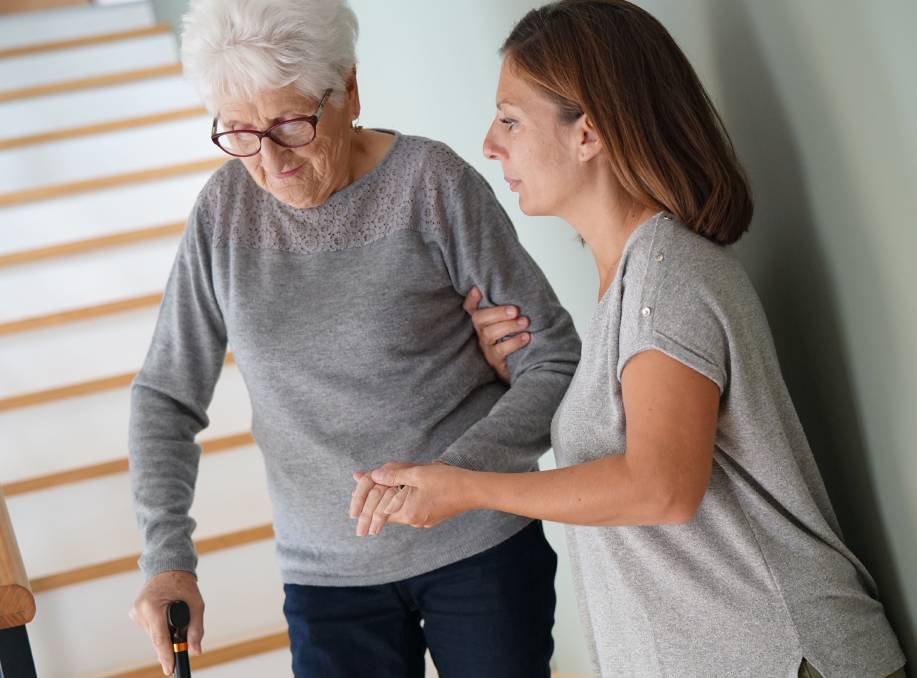 TAKING STEPS: Will you be able to get around your house as you age? Photo: Shutterstock

Future of age care must be built on better housing design: experts

It's known many older Australians would prefer to live and age in their own home. Having somewhere practical to live as you age is the best way to ensure you can remain living independently for as long as possible.

Now a coalition of seniors' and disability organisations is campaigning to have building rules changed nationally so seniors can stay in their own homes.

The Building Better Homes Campaign calls for the National Construction Code to be changed to make basic accessibility features mandatory in housing construction.

"All we want are some minimum accessibility standards in all new homes, like a step-free entrance and wider doorways," said National Seniors Australia chief advocate Ian Henschke.

"It's not a big ask but it will bring about big changes to people's lives."

Research carried out as part of the campaign has found the design of some homes, and lack of pragmatic housing design features, mean some older people are unable to leave their house at all.

This recent call for simple design measures to help our elderly live safely at home, such as wide corridors and ground-level toilets, follows on from research by teams at RMIT University in Melbourne and the University of NSW.

The 2020 report Exploring the economic value embedded in housing built to universal design principlessurveyed more than 100 caregivers. It found caregivers were hindered in their ability to support elderly and vulnerable people due to current home design.

More than 90 per cent said current home design impacts on their capacity to deliver, and affects the time spent on care services provided in the home.

The report identified step-free entrances, wide corridors, hobless showers and ground-level toilets as features needed for seniors to age well in their own homes.

"We need to reconsider the features we want in our homes that support health and independence as we age, to minimise the need for external care," she said.

Internationally, ageing in place has also emerged as an alternative to entering institutional aged care early.

"If you ask older people, it's clear they wish to remain both independent and actively connected to their communities in their later years for as long as possible," said Emeritus Professor Bruce Judd from UNSW City Futures Research Centre.

He is co-editor of Ageing in Place: Design, Planning and Policy Response in the Western Asia-Pacific, alongside Adjunct Senior Research Fellow Dr Edgar Liu and Professor Kenichi Tanoue from Kyushu University, Japan.

The book looks at population ageing and housing issues, and the growing emphasis on ageing in place in Japan, China, Taiwan, Australia and New Zealand.

Professor Judd said despite the preference of older people to remain in their homes, ageing in place is not always easy.

"There's not enough happening on the ground when it comes to how built environment policy, in particular, supports the participation and wellbeing of older people to age in place," he said.

Dr Liu agreed there is often a mismatch between the suitability of homes and the needs of older people in Australia. Given the structural characteristics of housing types in many suburbs, he said many homes are not age-friendly.

He said single-storey homes without front or back stairs, with wider passageways, strong handrails and good access to services are hard to come by.

There is also a lack of financial support to undertake home modifications to accommodate changing levels of mobility with age.

"From the perspective of housing design and urban planning, there just isn't the right diversity of housing for older people, in the right locations close to retail, transport and other services, that is affordable at the moment," Dr Liu said.

Professor Judd said with an increasingly ageing population, the subject of ageing in place will need to become higher on the agenda for governments.

Countries such as Japan have made considerable investments towards enabling ageing in place and he said it is time for Australia to follow suit.