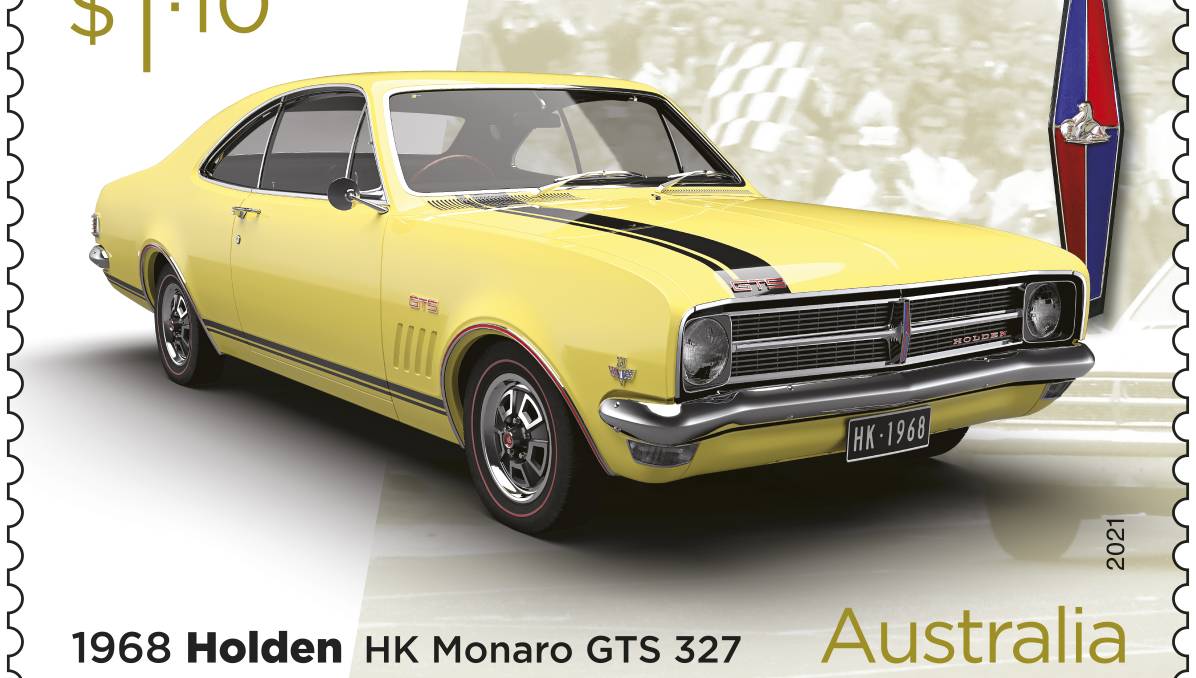 THE WHEEL DEAL: The 1968 HK Monaro GTS 327 is one of five Holden models celebrated in Australia Post's commemorative stamp collection.

A NEW set of commemorative stamps from Australia Post takes a nostalgic look at "Australia's Own Car".

The new collection celebrates five of Holden's most popular and historically significant models, dating from 1948-2006.

"This stamp issue recognises the incredible impact that Holden had on the Australian cultural fabric," she said.

"For generations, Holden vehicles were a constant presence in key industries, such as farming and law enforcement and a much-loved part of many Australian households."

Holden constructed more than 7.6 million vehicles over the course of six decades and around 1.6 million are still on Australian roads today.

The five stamps are all $1.10 and are available with additional products including a first day cover, stamp pack, maxicards and a minisheet. Medallion covers will be available from April.