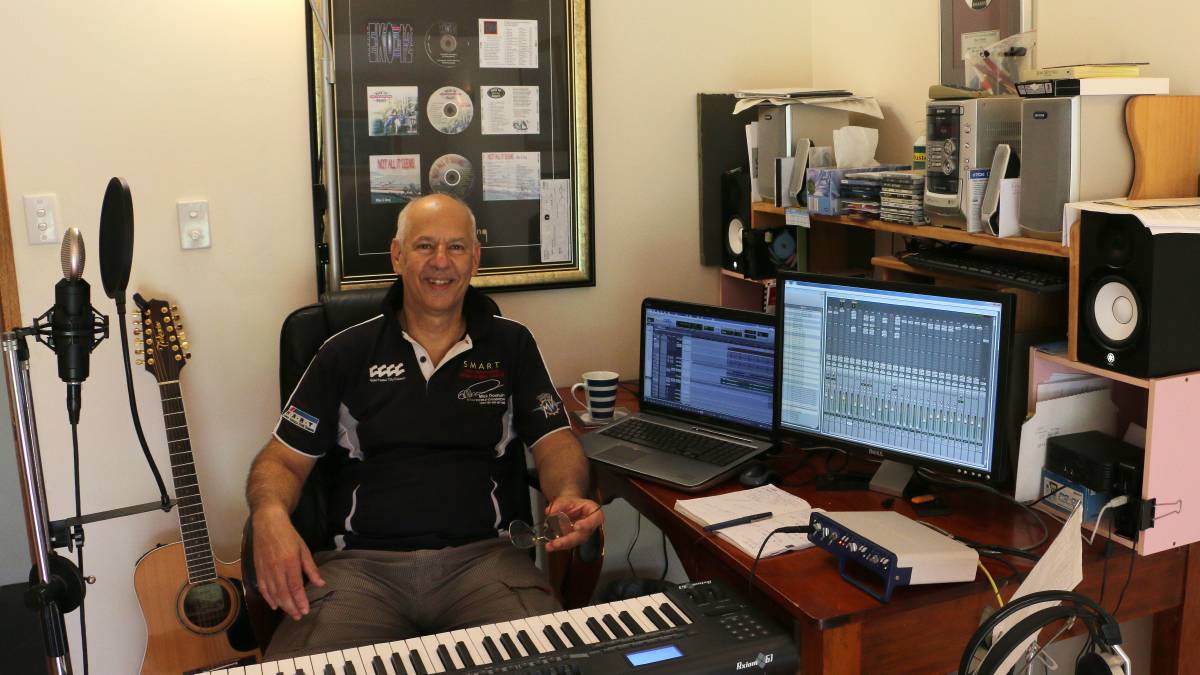 LATE BLOOMER: After discovering his songwriting niche in his early 50s, Greg Barnett has gone on to write, record and release four albums with the help of some friends.

GREG Barnett took around 50 years to find his voice as a songwriter, but now the 69-year-old is celebrating the release of his fourth and final album.

Greg, who lives in Mudgeeraba on Queensland's Gold Coast, co-wrote his first album Not All It Seems with fellow musician Mike Levy in 2002.

His latest effort Not All It Seems - Redux is a reimagining of the album performed by just Greg that was recorded, engineered, edited and mastered in his home studio.

Many of the songs have been reimagined with new arrangements and additional instrumentation.

It follows the release of his first solo album The Flat White Album last year and he said the writing and production of that 30 track album had been a "mammoth task".

"Being realistic about health, dexterity, eyesight and hearing, there was an increasing risk that I might not be able to complete another new album project from start to finish and do so to my own satisfaction," he said.

He said recording Not All It Seems had been challenging due to he and Mike's lack of experience with recording and production.

He saw the opportunity to revisit the album, recording it from scratch and adding production polish, in what will likely be his last full length album.

"If the creative juices ever bubble to the surface again, I'll treat any resulting music as a one-off, complete it and release it immediately," he said.

Greg, who was raised in the UK, developed a love of music from a very young age. He was heavily influenced by his Mum and her two brothers, who were gifted pianists.

He grew up on a steady diet of the Beatles, but also developed a taste for a wide variety of musical styles from the radio.

"It's hard for later generations to appreciate that up to the mid 1960s in the UK there was just one national radio program that covered the complete spectrum," he said.

Greg started piano lessons at the age of seven and picked up his first guitar in the summer of 1963.

Despite becoming an accomplished musicians, his attempts at songwriting never seemed to meet the lofty standards he set for himself.

Things only started to click for Greg as a songwriter in 2001, as he worked on the eulogy of a friend who had died at the age of 50.

"Words began to form on the page in a way that I realised made for strong song lyrics which offered a broad interpretation about not expressing friendship more openly," he said.

Those words would become the basis for Fields and Sunny Skies, the first song he ever completed, along with Mike Levy.

"Some creative door had burst and now was jammed wide open; lyrics poured out," he said.

Over the course of a couple of weeks, the pair wrote most of the lyrics that would be used for Not All It Seems.

He also formed a good creative partnership with another friend Martin Hale, with whom he co-wrote, recorded and produced his second album Prescient - Nothing At All in 2015.

His passion for songwriting also led to him developing his video production skills - he has filmed and produced clips for 39 tracks from The Flat White Album and Not All it Seems -Redux.

Over the course of his 20-odd years as a creative, Greg said he had learnt a lot about how to set and meet his own expectations and what to expect from others.

"I am decisive and I don't dwell on the could have been. I just make the most of what is."

"I've been down so many dead-ends, that I know when to quit a path early and start another."

"Lastly I've heard so much music and seen so much imagery that I have a reasonable measure of whether my own material makes the grade."

To listen to tracks from Not All it Seems - Redux, or to order it, click here.